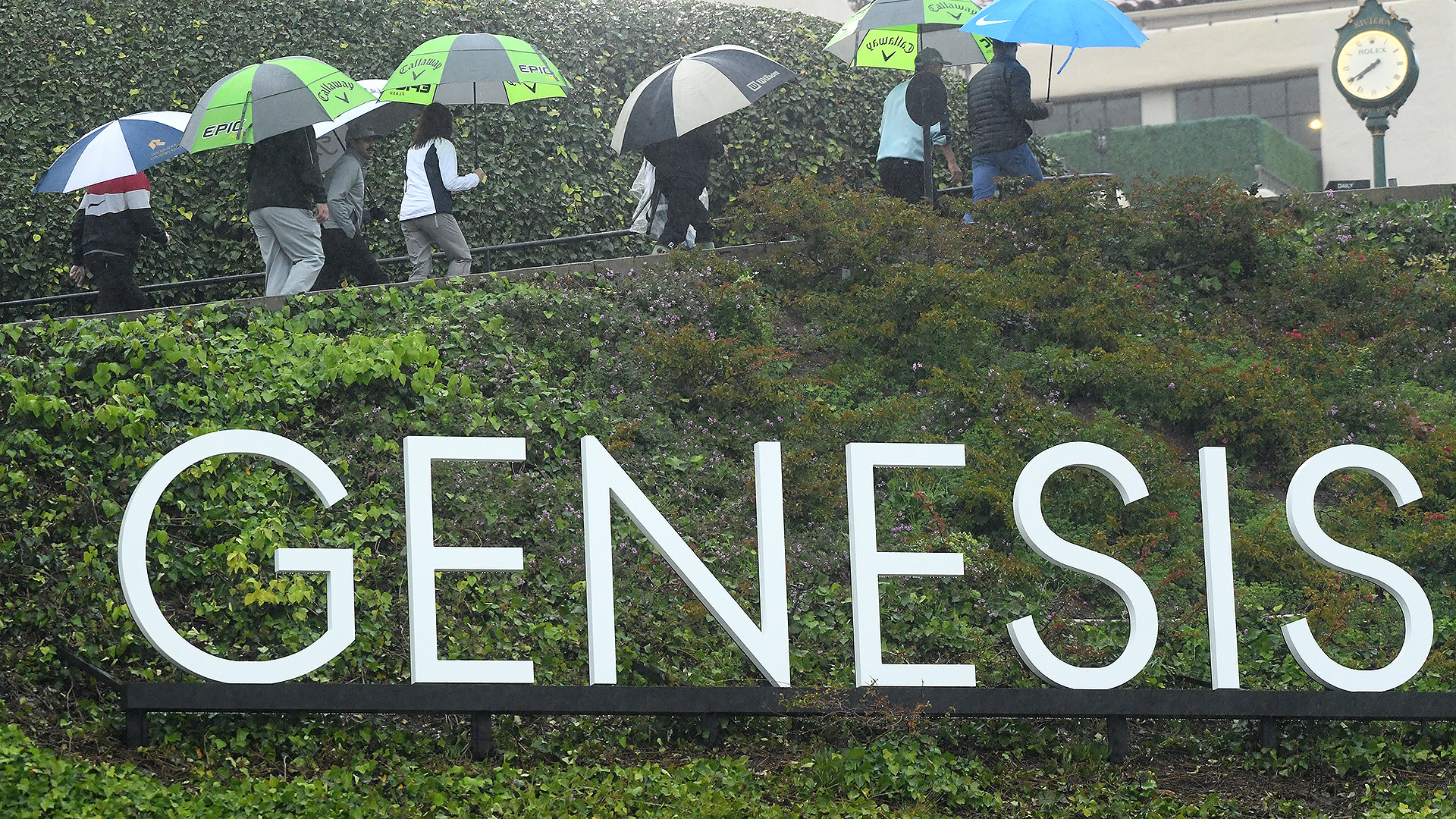 LOS ANGELES – Play was suspended almost as soon as it started on Thursday at the Genesis Open. When play resumes at 4:40 p.m. ET, all scores will be reset.

The PGA Tour decided to wipe the slate clean after only 10 groups began their opening rounds at Riviera Country Club. It was the first time the Tour opted to restart a round since the third round of the 2013 Dell Technologies Championship.

“We don't do that [restart a round] very often, but if I had it to do over again, we would have delayed the starting times,” said Mark Russell, the PGA Tour’s vice president of rules and competitions. “They teed off, we had their golf balls under control, but the visual never got better. The cloud cover's so thick that you just couldn't see.”

Nearly an inch of rain fell overnight on the course and it continued Thursday morning, leading the Tour to halt play. No one had finished more than two holes.

The day’s earliest tee times had just started when officials stopped play at 10:30 a.m. ET. Thursday’s delay marks the second consecutive week of weather issues on the PGA Tour. Play was suspended numerous times at last week’s AT&T Pebble Beach Pro-Am because of weather, including a hail storm, and the final round was concluded on Monday.

“This actual weather that's coming into the L.A. basin right now," said Steve Rintoul, the Tour’s advanced rules official for the Genesis Open. "The worst of it hasn't even got here yet."