Lee Westwood may be leading The Players, but everyone is still chasing Bryson DeChambeau 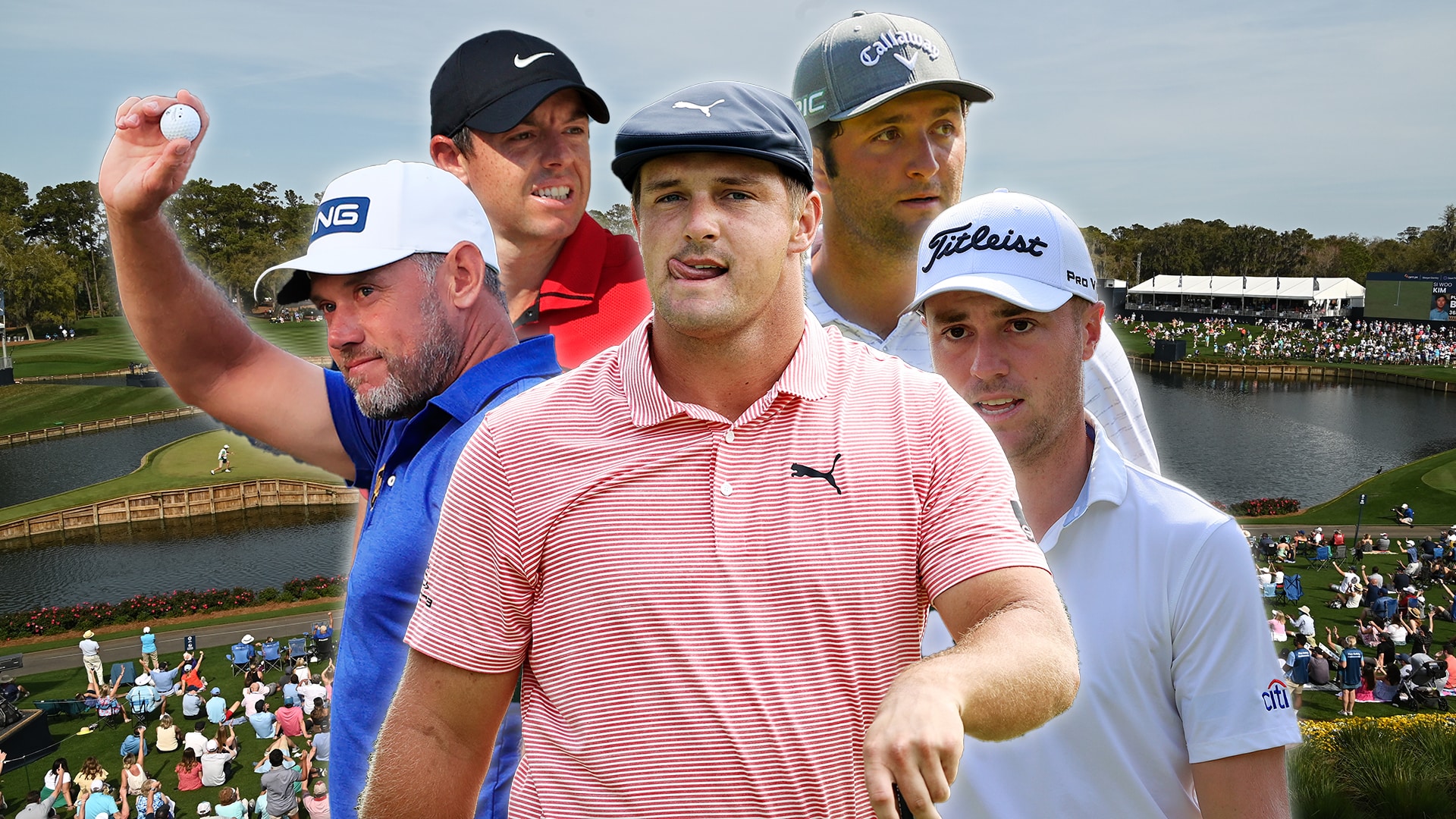 That includes the ageless wonder Lee Westwood, who’ll technically ride a two-shot lead into Sunday’s final round of The Players Championship yet somehow still seemed dwarfed by the Mad Scientist’s outsized shadow.

Westwood – the 47-year-old Englishman who played the PGA Tour’s flagship event for the first time in 1998, before the 27-year-old DeChambeau was even in elementary school – is a feel-good story of the highest order, and there’s no shortage of star power pooled behind the front-runners, including the likes of Justin Thomas, Jon Rahm and Sergio Garcia.

But when Westwood joins DeChambeau in the final two-ball for the second consecutive Sunday, it won’t be the potential sentimentality of the event’s second-oldest winner or the prospect of a high-profile shootout that draws the eye.

It will be DeChambeau.

If that seems unfair to Westwood – who is 23 under par in his last seven rounds going back to last week’s Arnold Palmer Invitational, where he finished runner-up to DeChambeau – consider how his hard-hitting opponent has threatened to reinvent the game and break it over his knee.

When DeChambeau returned from last year’s quarantine as a bigger, faster, stronger version of his former self, he finished inside the top 10 in his first four starts, including winning the Rocket Mortgage Open in July. Two months later he won the U.S. Open at Winged Foot with a style of play that seemed groundbreaking.

Although there was a fair amount of awe – and maybe a little shock – over what DeChambeau was doing, there were few who said, at least publicly, that they were prepared to follow him down his revolutionary road.

That changed Friday when Rory McIlroy admitted after rounds of 79-75 that his recent struggles were the byproduct of his pursuit of more “speed.”

“I'd be lying if I said it wasn't anything to do with what Bryson did at the U.S. Open,” McIlroy said. “I think a lot of people saw that and were like, whoa, if this is the way they're going to set golf courses up in the future, it helps. It really helps.”

Some will consider McIlroy’s pursuit of more distance and question why the Northern Irishman, who has ranked among the Tour’s longest since he turned pro, would make such dramatic changes, but it turns out he’s not alone.

“I think I did probably like four or five years ago. I definitely did. I still am, and have been since Bryson,” said Thomas, who is tied for third place at 10 under after a Saturday-best 64. “You would be stupid if you said what he's doing to golf courses doesn't make it easier.”

Thomas went on to explain that he doesn’t have any interest in a steady diet of protein shakes and an extra 40 pounds. “Like I don't have the build or stature for that,” he said. 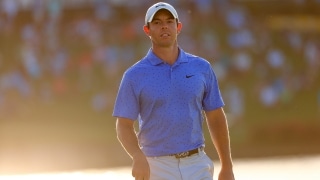 Rory McIlroy admitted on Friday that flaws in his swing can be traced to his effort to try and match Bryson DeChambeau in speed gains.

Rahm, who is another shot back a 9 under, also acknowledged that DeChambeau’s style of total body transformation isn’t his style. But hitting it longer? That’s always on the menu.

“I started doing it recently, but not by much, is just slowly you've got to move the meter, that limit, just a little bit higher, without trying to get too much muscle on me, just got to swing hard,” Rahm said. “Just go to the range, maybe 10, 15 drivers as hard as you can swing it, don't care where it goes, and hopefully raise that limit. I feel like that's what you can do. I think that's what Rory told me he's doing. I'm pretty comfortable where I am and feel like I hit it far enough already, but extra distance is never bad.”

DeChambeau, who fired 67 Saturday as he continues to play an altered style of power around the constraining Pete Dye layout, is flattered by the attempted imitation, though he maintains his focus has solely been on his own game.

“I wasn't trying to influence anybody,” he said. “I was just trying to play my own game and hit it as far as I possibly could. And I knew there was going to be an effect. I knew that there would be some people that would try and some people it would potentially not work for them and some people it may help them. I do appreciate Rory's comments, it's kind of a sentiment almost and something that keeps me going every day.”

For all the speed chasing being done, however, this isn’t a universal pursuit like when Tiger Woods reinvented the game in the late 1990s.

“I'm fast enough,” joked Paul Casey, who is tied with Rahm at 9 under.

It also seems unlikely Westwood would follow DeChambeau down that rabbit hole, and just three years removed from being eligible for the senior tour, it’s not likely he’d be able to keep up.

And no player has any interest in ceding an absolute advantage to DeChambeau.

“I'm definitely at a disadvantage off the tee, but I feel that when I'm playing well my game holds pretty well,” Thomas said.

Westwood also doesn’t appear to have any concern that he’s bringing a spork to a knife fight. Though he is winless on Tour since the 2010 St. Jude Classic, the European Tour veteran did win last year’s Abu Dhabi HSBC Championship, which had a stronger strength of field than either of his two career Tour wins, and owns 12 worldwide victories since that win in Memphis.

Last Sunday at Bay Hill, Westwood began the day with a one-stroke advantage over DeChambeau and closed with a 73 to finish just a shot behind the champion.

“I really enjoyed the final day. The shots into 17, two quality shots into 18, and made a great putt when I forced him to make one, holing mine down the hill,” Westwood said. “Sometimes you can't control whether you win tournaments or not.”

He’ll get another chance on Sunday.

He’ll also have the advantage of a two-stroke lead, not to mention a few decades of experience. But given how DeChambeau has threatened to transform the game the last few months, they’re all chasing Bryson.