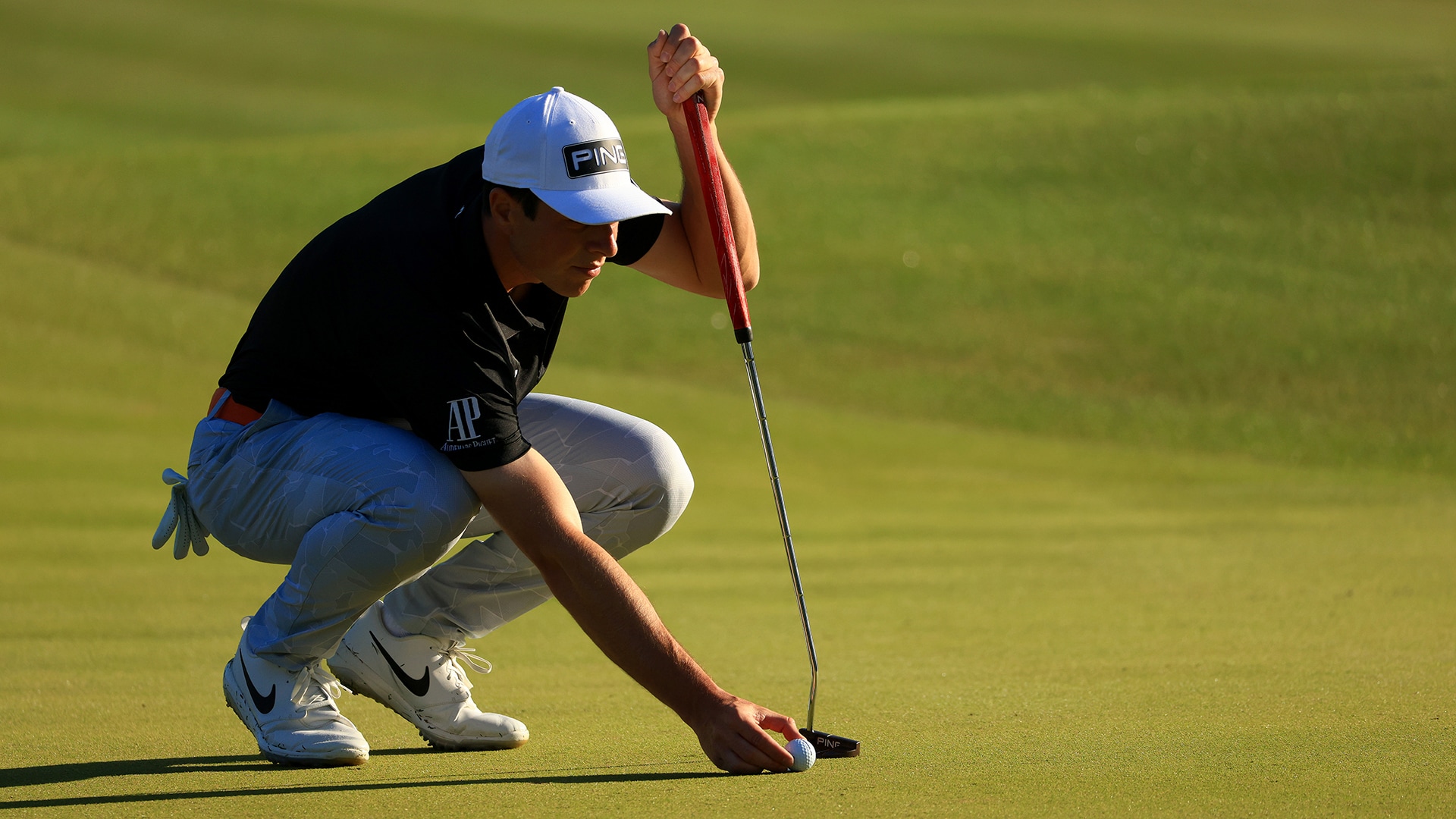 PONTE VEDRA BEACH, Fla. – Viktor Hovland’s opening-round score at The Players was changed from a 70 to a 72 after he self-reported a rules violation.

Hovland told the PGA Tour rules committee that he played his ball from the wrong place on the 15th green. After marking his ball, he moved his coin one putter head to get out of playing partner Justin Thomas’ line. When Hovland went to replace his coin, he moved it another putter head – but in the wrong direction.

Hovland’s score was changed from a par on the hole to a double-bogey 6. It was his second double bogey on his opening nine, after taking 7 on the par-5 11thfollowing another rules issue when there was a question about whether his ball had crossed the line of the hazard.

Though Hovland notified the committee of the infraction after he’d signed his scorecard, he wasn’t qualified because of Rules Interpretation 3.3b, since he didn’t knowingly sign an incorrect score.