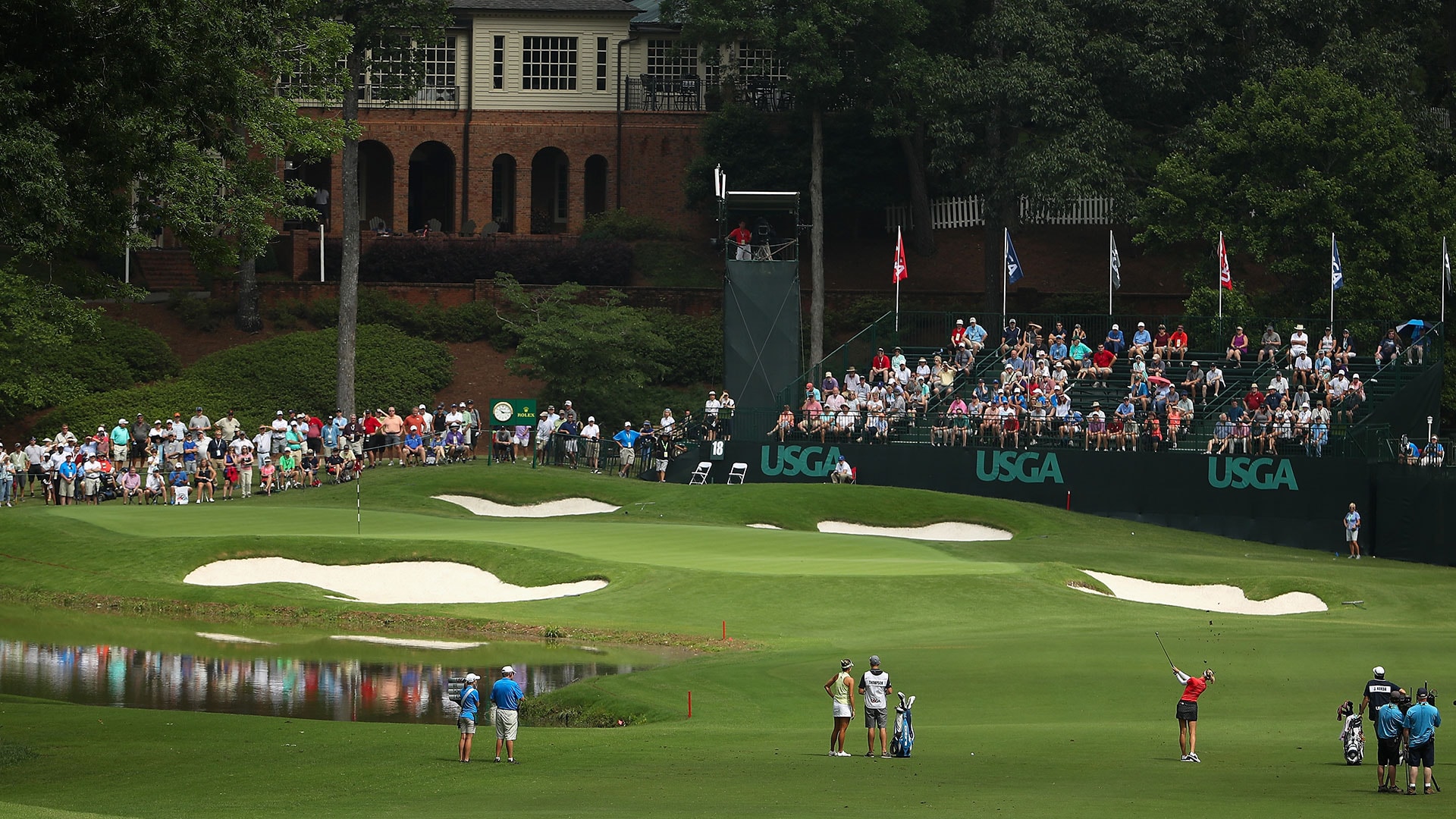 BIRMINGHAM, Ala. – After three days scrambling in rain to try to prepare for the U.S. Women’s Open, players relished the sun breaking through early for Thursday’s start at Shoal Creek.

Would the USGA’s requirement that competitors play the ball as it lies add too much luck to the outcome?

Would there be a lot of mud balls?

The answer depended on whom you talked to.

“I'm not going to lie, there's certainly mud balls on pretty much every single shot,” Mel Reid said after opening with a 2-under-par 70. “It's not ideal, but what can you do? You just got to get on with it.”

Michelle Wie didn’t see as much mud as Reid.

“Considering how much rain it got, I don't think it was that bad, really,” Wie said after opening with a 69.

Angela Stanford may not have seen as many mud balls as she expected, but they were factors when she got them.

“Angela had a huge clump of mud on her ball at the fourth hole,” Mo Martin said. “She had a rules official come out and take a picture of it.”

Stanford got that mud ball after her tee shot, which left her with 185 yards from the hole.

She came up 30 yards short with her approach, failing to reach the green.

“There was a lot of mud on the ball,” Stanford said.

At day’s end, here’s one thing all three agreed upon: Shoal Creek’s grounds crew did a remarkable job getting the course ready after 4.7 inches of rain fell on it in the three days leading to Thursday’s start.

“The greens staff did an amazing job,” Wie said. “They are miracle workers.”

Reid: “I have got to give them credit. The staff here has done an exceptional job to get it in the shape that it is.”

Stanford: “It’s a great golf course. It’s fun to play. The greens are in great shape.”

There were challenges in that large swath of thin, bare grass in the landing zone for the layup shot at the 17th, a 533-yard par 5. While the USGA marked a number of areas as ground under repair, that wasn’t one of them.

Stanford laid up in it, with her ball settling on almost no grass in a mushy, sandy lie, leaving her a daunting sand wedge over water from 97 yards.

“I can make my peace with the mud balls, but that area in the 17th fairway, that’s ridiculous,” Stanford said. “There’s just such a lack of grass. I think they got that wrong. That should be marked.”

Stanford asked for one of the roving officials with the power to declare lies as ground under repair this week for a ruling.

“The official in our group said she could call a rover, but they weren’t going to give me relief,” Stanford said.

So Stanford played the shot. Players were concerned at week’s start that luck would become too much of a factor if lift, clean and place wasn’t implemented in these conditions.

Stanford did get some luck there, but not the kind she expected.

“I got really lucky,” Stanford said. “I bladed a sand wedge to 2 feet.”