Tour Championship would be a pleasant surprise for Tiger 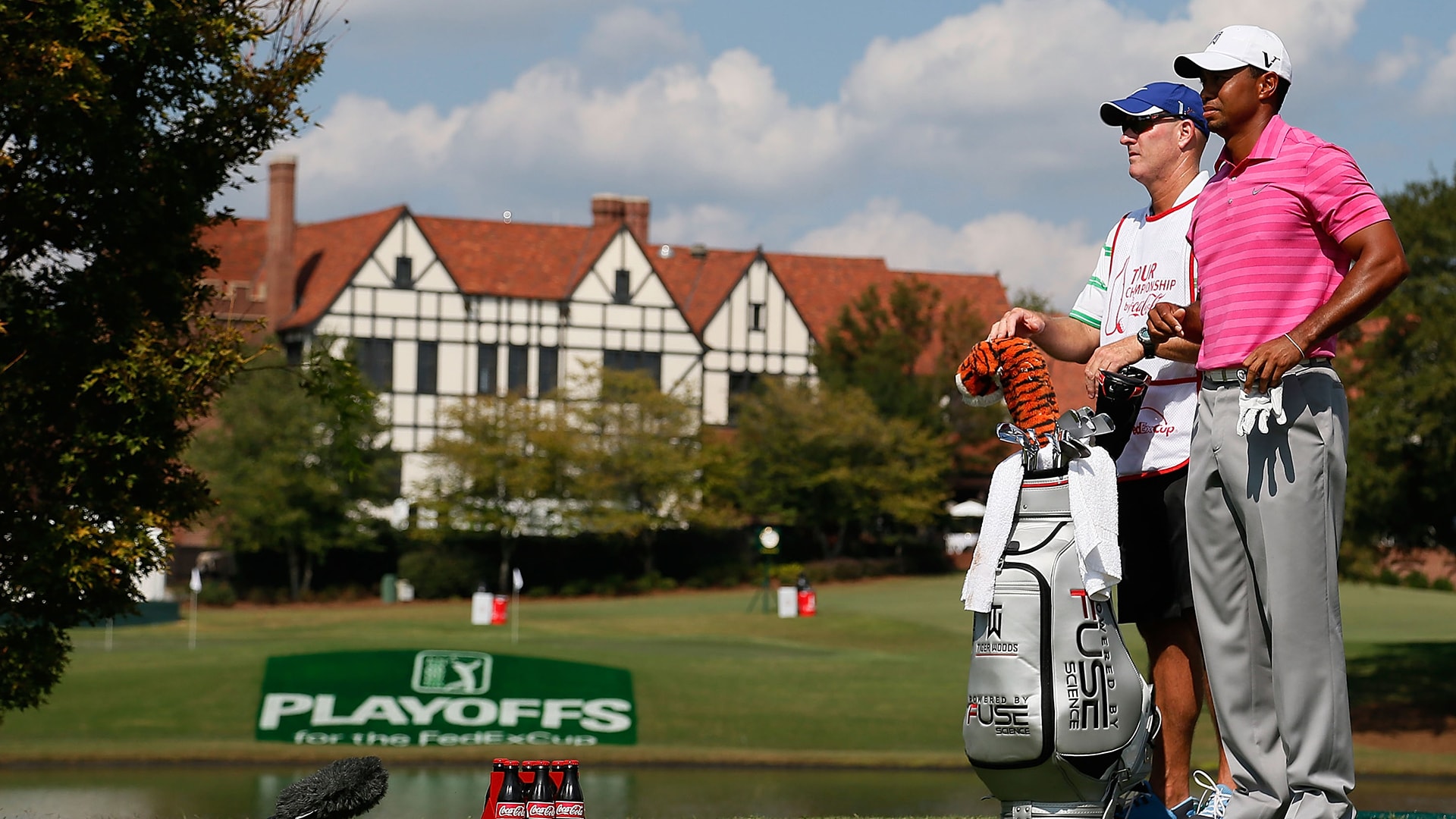 PARAMUS, N.J. – Tiger Woods began this season with a list of goals, from the more general plan of physically withstanding the rigors of a full year to more specific targets like qualifying for the final WGC-Bridgestone Invitational.

It wasn’t until he was deep into the summer that he began to envision advancing all the way to the Tour Championship.

“After I finished sixth at The Open Championship, I think that got me, you know, towards where I had a chance to get into the Tour Championship, and I wouldn't have to do much,” he said on Saturday following a third-round 68 at The Northern Trust.

Woods, who hasn’t played the finale in Atlanta since 2013, had been outside the top 50 for much of the summer. But he jumped to 44th on the points list following his finish at Carnoustie and vaulted to 20th with his runner-up showing at the PGA Championship. The top 30 make it to East Lake next month.

“I don't have to do a whole lot to get into the Tour Championship, but I still have to do enough,” he said. “I've got to hopefully play well tomorrow and into next week and get some momentum going.”

Woods, who was tied for 45th after his round at Ridgewood Country Club, is currently projected 25th on the FedEx list, down from 20th.