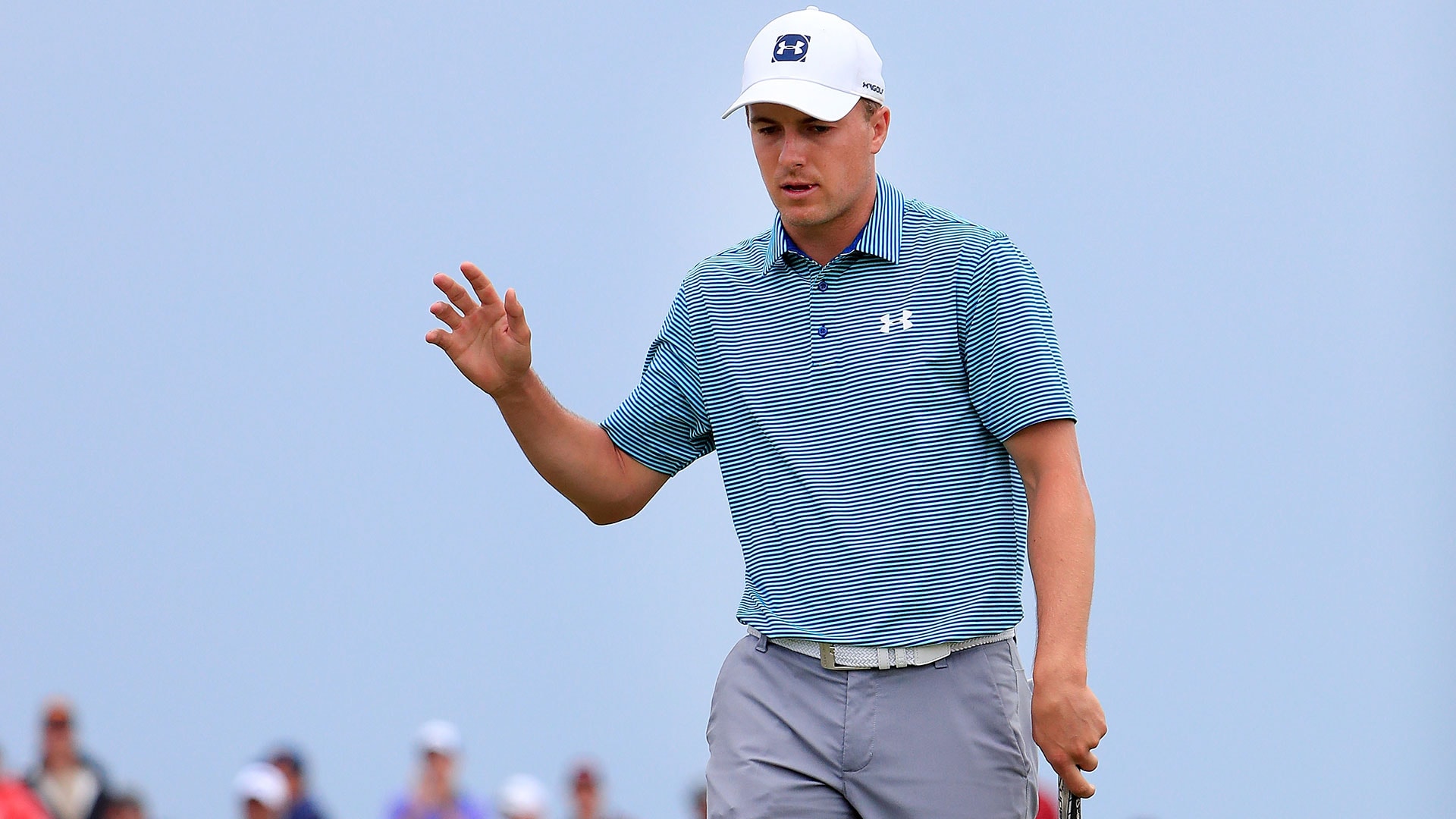 The PGA Tour stays in Texas this week, heading across town for the Fort Worth Invitational. A field of 120 players will tackle venerable Colonial Country Club, where Ben Hogan won a record five times.

Kevin Kisner won this event last year by one shot over Jordan Spieth, Jon Rahm and Sean O Hair. Here are 10 names to watch in Fort Worth:

1. Jordan Spieth: When it comes to Spieth at Colonial, throw out the stats. He has gone T-2, Win, T-2 over the last three years and hasn't finished worse than T-14 in five career trips. While his putter has continued to hold him back, including last week in Dallas, Spieth lists Colonial among his favorite venues on Tour and plays accordingly.

2. Webb Simpson: Simpson is making his first start since a decisive win at TPC Sawgrass, one that capped a string of impressive play this year. Now he returns to a course where he finished fifth last year and T-3 the year before, with nine of his last 10 competitive rounds at Colonial in the 60s.

3. Zach Johnson: Johnson is a two-time champ and the tournament's all-time leading money winner, having averaged almost a $300,000 payday in 12 prior appearances. Like Spieth, he speaks openly about his affinity for the type of golf Colonial demands and his fifth-place finish last month in San Antonio proves another win may be on the horizon.

4. Jimmy Walker: Walker has finished T-6 or better in each of his last three starts across three pretty different tracks: TPC San Antonio, TPC Sawgrass and Trinity Forest. While he doesn't have the best history at Colonial, Walker did tie for 10th in 2014 and clearly has momentum on his side now that he's feeling healthy for the first time in months.

5. Jon Rahm: The Spaniard impressed in his Colonial debut last year, missing out on a possible playoff by a single shot. While many other top-ranked players have received more acclaim in recent weeks, Rahm has quietly gone about his business including a fourth-place showing at the Masters and a win in his home country. He struggled at The Players, but a similar result didn't impact him much last year once he got to Fort Worth.

6. Kevin Kisner: Don't discount the defending champ, who has now cracked the top 10 each of the last three years at this event. Kisner thrives on the "small ball" style of layouts like Colonial and Harbour Town, and he would be higher on this list were it not for missed cuts in each of his last two starts.

7. Rickie Fowler: Fowler's missed cut at Sawgrass, largely the result of a slow start and a lost ball in a tree, can be discounted since his play up until then this year has been largely strong, highlighted by his Masters runner-up. Fowler hasn't played Colonial since a missed cut in 2014, but he did finish T-16 and T-5 in 2011-12.

8. Adam Scott: Once again equipped with the long putter and with his sights set on qualifying for the U.S. Open, Scott's game is starting to turn around. A T-11 finish at Sawgrass was followed by a T-9 finish last week, his first top-10 anywhere since June. Now he heads across town to a course where he won in 2013 and where his stellar tee-to-green play should again be rewarded.

9. Matt Kuchar: A frustrated Kuchar saw his consecutive made cuts streak end last week at Trinity Forest, but he'll likely start a new one this week on a course where he has missed the cut only once in 10 appearances. Kuchar was a runner-up at Colonial in 2013 and has finished T-16 or better in four of his last six trips to Fort Worth.

10. Justin Rose: The Englishman opted out of the European Tour's flagship event to make his return to Colonial for the first time since 2010. While his T-13 finish back in 2005 remains his best result in four prior appearances, Rose has cracked the top 25 in four of his last five individual starts and seems likely to continue that run on a course that should play to his strengths.