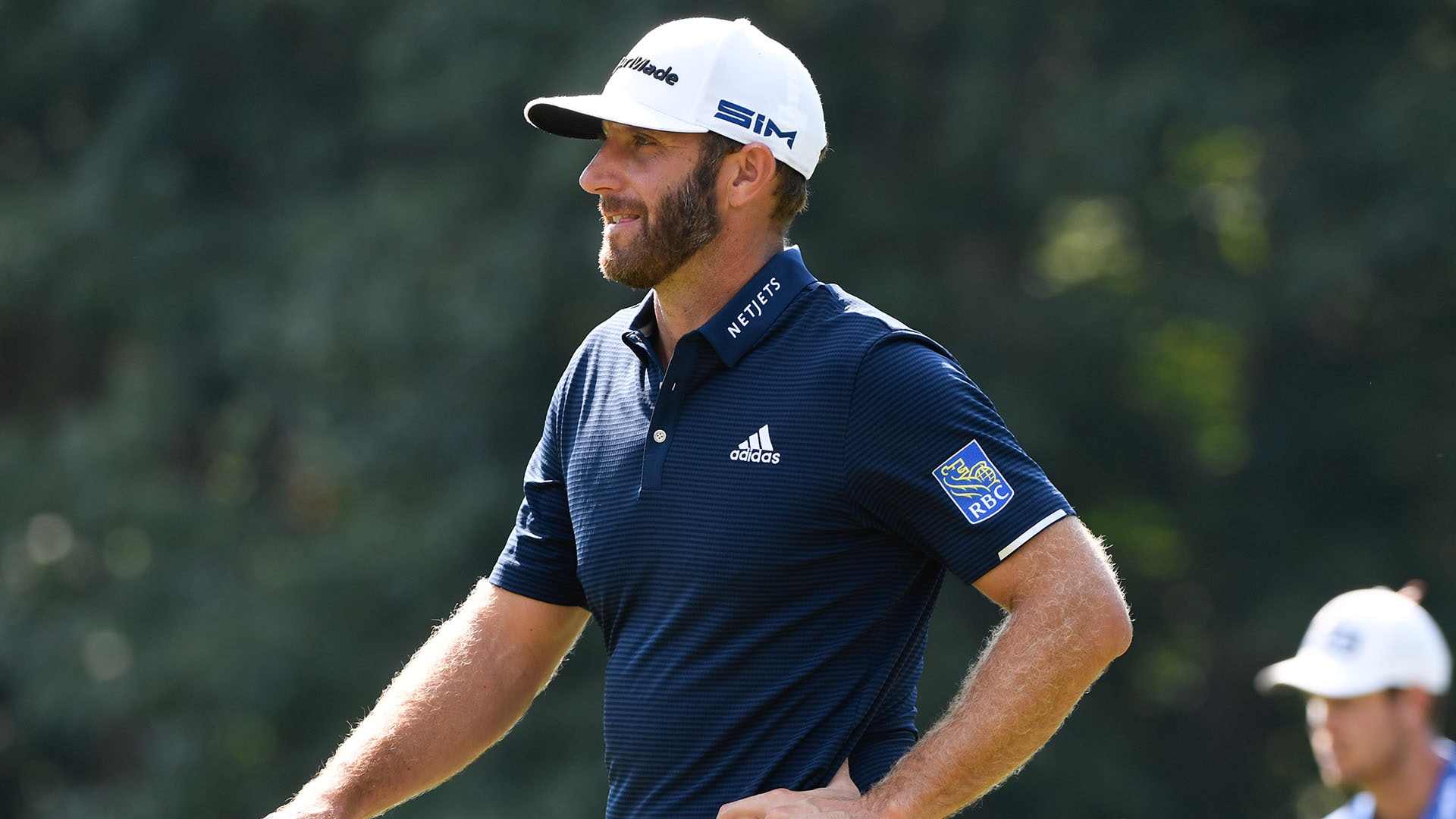 The contest continues this week with the BMW Championship and will run through the rescheduled Masters in November. Here's a look at some of the players to keep an eye on when making your Pick 'Em selections as the PGA Tour continues the postseason with a trip to Olympia Fields outside Chicago:

1. Dustin Johnson: With limited course history to rely upon, might as well start with the guy that just won by 11 shots. Johnson's head-turning performance at TPC Boston might have been the best of his career, and it now gives him a leg up on the field as he looks to secure the top spot heading into East Lake. Even a fraction of the ball-striking display he authored last week should be enough to put him into the weekend mix.

2. Webb Simpson: Simpson followed a T-3 finish at Wyndham with a T-6 showing at TPC Boston. Still one of the best players on Tour this season and with two wins already to his credit, he now heads to a course whose small greens should accentuate the advantage he has with iron in hand.

3. Bryson DeChambeau: DeChambeau returns to the site of his 2015 U.S. Amateur triumph as one of the best in the professional game. Last week's missed cut was seemingly an aberration, as DeChambeau still leads the Tour in SG: Off the tee and has racked up eight top-10 finishes in his last 11 starts, including a win in Detroit in June.

4. Justin Thomas: Last year Thomas used this event to put an exclamation point on an injury-plagued season, winning at Medinah to spark a remarkable run of consistency that hasn't let up since. Thomas was undone by a balky putter last week in Boston but remains the Tour's tee-to-green leader, meaning that it won't take much of an improvement on the greens to put him back in contention.

5. Collin Morikawa: The only other time Morikawa missed a cut as a professional, he won his next start. Promising trend! The PGA champ's early exit from TPC Boston was somewhat surprising but hardly becomes reason to worry. Now the tables are turned as he'll have what few can boast at this week's venue: relevant recent experience, having finished second at Olympia Fields in a college event in 2018.

6. Daniel Berger: With all due respect to Johnson or Morikawa, Berger belongs in the discussion of best player on Tour since the break. His third-place finish at TPC Boston was his fourth result of T-3 or better in six starts, a stretch that includes his win at Colonial and a runner-up finish at a WGC event in Memphis. Berger is playing the best golf of his career at an opportune time and is the strokes gained leader since competition resumed two months ago.

7. Jon Rahm: It's a tough gig when you finish T-6 and lose the top spot in the world rankings in the process. Such was Rahm's plight last week, where a solid outing wasn't enough to keep Johnson from the No. 1 spot. Still, Rahm sits fourth in total strokes gained and seventh in SG: Tee-to-Green this season and heads to Chicago on the heels of a final-round 65 in Massachusetts.

8. Xander Schauffele:  Schauffele's T-25 finish at The Northern Trust was actually his worst result in six starts dating back to June. While he hasn't won in more than 18 months, he has been remarkably consistent this summer and ranks fifth on Tour this season in SG: Tee-to-Green. Expect another reliable performance this week near the Windy City.

9. Scottie Scheffler: Mr. 59 got overshadowed by the eventual winner, but Scheffler's recent trend is still promising. That's now four straight top-25 finishes for the former Texas product, including two T-4 results in a row. Scheffler showed both last week and at TPC Harding Park that he has the chops to contend on a big stage, and now he's in the midst of a compelling Rookie of the Year race with Viktor Hovland as both look to solidify Tour Championship berths this week.

10. Harris English: Last year English was relegated to Korn Ferry Tour Finals, but after a resurgent campaign he's now assured of a spot in the Tour Championship and a plum schedule in 2021. The veteran won the B Flight at TPC Boston, finishing second miles behind Johnson. But that was simply the latest installment in a consistent season that included 11 top-20 finishes and has him up to sixth in total strokes gained this season.