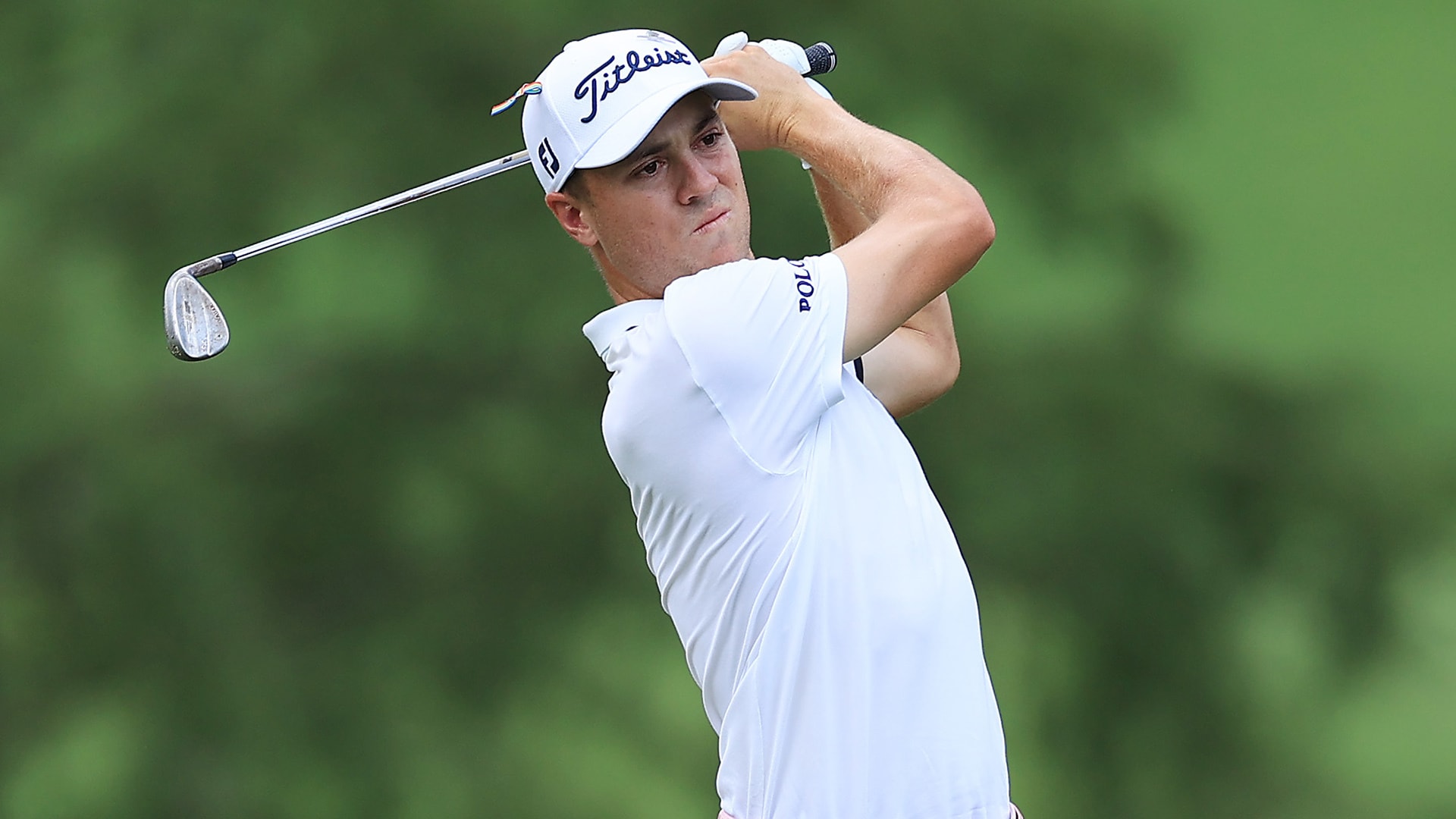 The contest continues this week with the PGA Championship and will run through the rescheduled Masters in November. Here's a look at some of the players to keep an eye on when making your Pick 'Em selections for the first major championship in more than a year:

1. Justin Thomas: The top seed, and deservedly so. Thomas has been remarkably consistent over the last year, with more wins (4) than finishes outside the top 20 (3). That includes last week's WGC win in Memphis, and now he's on a course where his ball-striking will shine. There is no weak spot in the game of the new world No. 1.

2. Brooks Koepka: The champ until proven otherwise. Koepka is looking for three PGAs in a row and would become the first player to do so since Walter Hagen captured four straight from 1924-27. That's heady company, and Koepka flashed just enough form last week in Memphis to show that he remains a threat.

3. Xander Schauffele: This feels like it could be his week. Schauffele has had a number of close calls and has been compiling top-20 finishes since the break, including a T-6 finish last week in Memphis. That result came even during a surprisingly poor week with the irons, which normally are a strong suit for the Californian. His major record is stout and he seems overdue to get his hands on a trophy.

4. Rory McIlroy: He's somehow flying under the radar, still without a top-10 finish since returning in June. But his pedigree speaks for itself, and even though McIlroy is now six years removed from his most recent major win he remains a threat on the big stage, especially on a course that will play as long and brawny as Harding Park.

5. Webb Simpson: Simpson need only look across the lake to Olympic, site of his 2012 U.S. Open win, for inspiration this week. The 34-year-old is playing the best golf of his career, with two wins this year and tremendous play with his irons. Should those trends continue, he could make it another major win in the city by the bay.

6. Jon Rahm: Rahm's run at world No. 1 was short-lived, but he'll have a chance to supplant Thomas this week. The Spaniard is perhaps the most talented player still in search of a major breakthrough, but he's had a few chances in recent years and proved last month at the Memorial that he has the ability to distance from an elite field.

7. Patrick Cantlay: Like Schauffele and Rahm, Cantlay has had numerous brushes with major championship leaderboards to the point where a watershed win this week wouldn't come as a surprise. The California native had a pair of top-20s on either side of the break and ranks fourth on Tour this season in strokes gained: approach.

8. Bryson DeChambeau: The Tour's bulky superstar remains a force, but now he'll need to show he can do it on a major stage. DeChambeau racked up seven straight top-10 finishes earlier this season, culminating with a clinical win at the Rocket Mortgage Classic. But he has yet to finish better than T-15 in a major.

9. Jason Day: Don't look now, but the former world No. 1 has found his footing. Day heads to San Francisco off a run of three straight top-10 finishes after accruing only one such result in the previous 12 months. When he won this event five years ago, he was the best player in the game. He's not to that level currently but could certainly make a run at a second Wanamaker Trophy.

10. Matthew Fitzpatrick: The former U.S. Amateur champ may not have a PGA Tour win (yet), but he's won plenty in Europe and is on the cusp of becoming the highest-ranked Englishman in the world. Fitzpatrick has spoken often about his love for tough conditions, and he'll get plenty of that this week coming off two straight top-6 finishes.