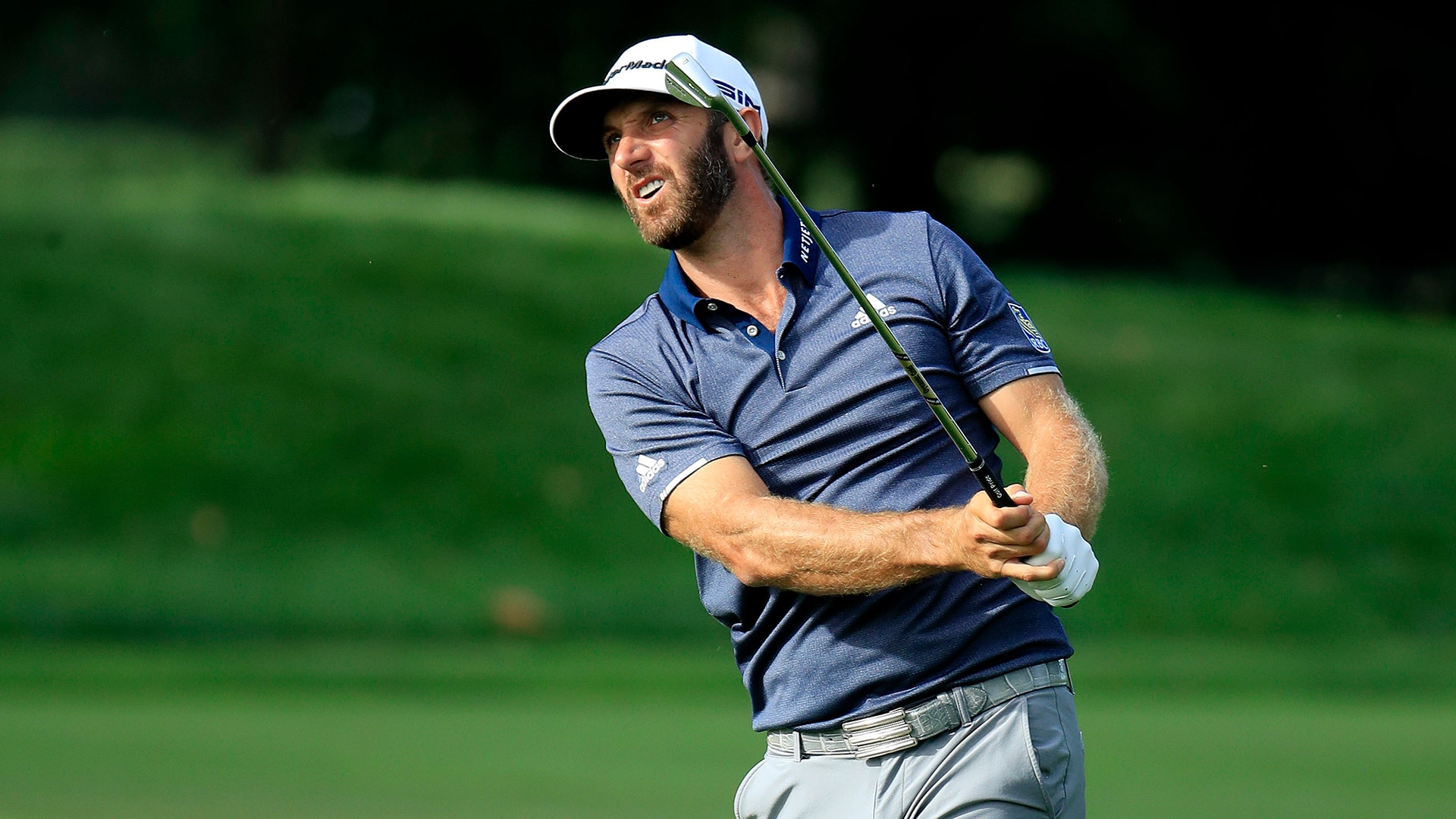 The contest continues this week with the BMW Championship and will run through the rescheduled Masters in November. Here's a look at some of the players to keep an eye on when making your Pick 'Em selections as the PGA Tour hands out a $15 million top prize at the Tour Championship in Atlanta:

1. Dustin Johnson: In his last three starts, Johnson has lost to exactly two players. While he didn't quite have enough to edge Jon Rahm Sunday in Chicago, he is playing like the world No. 1 and now will start the week with a tangible advantage as a result. Johnson has come close to lifting the FedExCup in the past, notably in 2016, and he was a fixture inside the top 5 on this golf course from 2013-18.

2: Justin Thomas: Thomas might have the best East Lake track record of anyone in the field, and one year after squandering the No. 1 spot and a two-shot lead he's poised for some revenge. Thomas won the FedExCup in 2017 while finishing second in the tournament, and he has never been outside the top 10 in four prior trips. While his play of late has been overshadowed by the likes of Johnson and Rahm, he still possess the total package to tackle East Lake and will start the week ahead of all but two players in the field.

3. Jon Rahm: What can Rahm do for an encore after Sunday's electrifying win at Olympia Fields? He'll start the week at 8 under, just two behind Johnson, having won twice now since the break. While his other performances this summer have been less steady, he has finished no worse than T-12 in three prior trips to East Lake and is riding high after an unbelievable weekend performance amid difficult scoring conditions.

4. Xander Schauffele: When it comes to East Lake, expect Schauffele to be in the mix. He won this event in 2017, sharing the spotlight with Thomas, and last year finished second in the first edition that included starting strokes. His other result in Atlanta was a T-7 in 2018, as Schauffele has never shot higher than 70 in 12 career rounds. While he's nearly two years removed from his most recent win, he has been a perennial contender since the break and boasts the ball-striking stats to show that he can contend again this week.

5. Webb Simpson: Was the rest worth it? Simpson only dropped a shot by skipping last week's penultimate event, a result he likely would've accepted in stride if offered. Twice a winner this year, he's in the midst of a stellar campaign based on equal parts putting and ball-striking. That combination should prove particularly effective on a course where he has finished T-5 or better three times before.

6. Rory McIlroy: The biggest question with McIlroy might just be whether or not he'll make it to the first tee. McIlroy's wife, Erica, is expected to give birth to the couple's first child any day, and he shared at the BMW that he won't hesitate to withdraw at East Lake to be by her side for the birth. But assuming he plays, McIlroy will be a force on a course where he won a dramatic playoff in 2016 and left the field in his wake a year ago. He'd be higher on this list if he wasn't starting the week seven shots back.

7. Daniel Berger: For the most consistent player since the break, last week's T-25 finish felt like a missed cut. But Berger is still very much in the mix, starting the week at 4 under, and has been rock-solid since returning from the break with his win at Colonial. This is his first Tour Championship appearance since 2017, when he opened with 66.

8. Collin Morikawa: The winner of the only major this year, he'll start in the same 5-under slot that McIlroy did en route to winning a year ago. Morikawa has been quiet since lifting the Wanamaker Trophy, and this will be his first trip around East Lake. But as he showed at TPC Harding Park, he can turn a little bit of course knowledge into a lot of success when the tee-to-green game is firing on all cylinders.

9. Tony Finau: Finau was one of only five players to finish under par last week at the BMW, and this week he'll start at 2 under. That means he'll have some ground to make up on the leaders, but he's coming off a final-round 65 at Olympia Fields and has just one round above 71 in 12 prior trips around East Lake.

10. Kevin Kisner: The Georgia product is playing well at the right time. Kisner has found his groove in the playoffs and now turns up in a familiar part of the country on the heels of five straight top-25 finishes. One of the best putters in the game, he struck it well en route to top-4 finishes in Greensboro and Boston and played well in the first three rounds at Olympia Fields when conditions were the most difficult. A T-3 finish in 2017 highlights his East Lake potential.