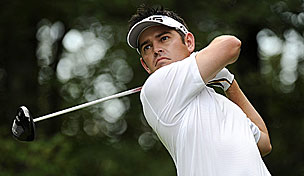 For the second week in a row, we have two events on the fantasy golf slate. Our power rankings for the Farmers Insurance Open can be seen here, while the European Tour also claims part of the spotlight with the Commercial Bank Qatar Masters. Following a star-studded event in Abu Dhabi, many of the game's elite remain in the Middle East to test their game against another strong field.

Paul Lawrie returns to defend the title he won last year when the event was shortened to 54 holes. Here are 10 names to keep an eye on this week in Doha:

1. Louis Oosthuizen: Already with a win under his belt in 2013, Oosthuizen will look to go back-to-back this week. He has three top-25 finishes in his last four appearances in Qatar, including a runner-up showing in 2009.

2. Sergio Garcia: Hardly known for his consistency, Garcia has been just that in Doha: four top-10 finishes in his last five Qatar starts, marked by a T-5 result a year ago.

3. Jason Dufner: Having adjusted to Middle East life after a week in Abu Dhabi, Dufner will likely have his game in order after an encouraging T-9 showing last week.

4. Justin Rose: Eager to improve on last week's runner-up finish where he appeared in line for a win, but Rose is still looking for his first made cut in Qatar after four prior unsuccessful appearances.

5. Ernie Els: The reigning British Open champ is making just his second appearance here since 2007, but has a win (2005) and a third-place finish (2007) to his credit in four career Qatar starts.

6. Henrik Stenson: Although he's missed the cut here the last two years, Stenson is experiencing a bit of a resurgence lately (T-23 last week in Abu Dhabi) and tallied a win along with three separate runner-up finishes during a stretch from 2005-2009. Tough to beat those credentials.

7. Ricardo Gonzalez: Perhaps unknown to many (ok, nearly all) golf fans, Gonzalez has an outstanding track record here: eight top-20 finishes in his last 10 appearances, including a tie for fifth last year.

8. Martin Kaymer: After a promising tie for ninth in Abu Dhabi, Kaymer heads to Qatar where he duplicated that T-9 result last year. In a field devoid of both Tiger and Rory, the German may find himself with fewer distractions during the opening two rounds.

9. David Howell: Another player with impressive credentials in Doha, Howell has been inside the top 10 five times in his last nine starts here. He'll be looking to build off of last week's tie for sixth.

10. Peter Hanson: The Swede was a runner-up here a year ago, and after a successful 2012 season picked up right where he left off with a tie for ninth last week in Abu Dhabi.