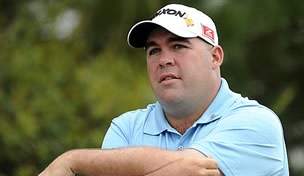 While many of the game's best contest the season's second WGC event at Doral this week, the PGA Tour is also hosting a full-field event in Puerto Rico. Power Rankings for the WGC-Cadillac Championship can be found here, but below you'll find rankings for the Puerto Rico Open at Trump International Golf Club.

George McNeill returns to defend the title he won last year by two shots over Ryo Ishikawa. Here are 10 players to watch this week in the Caribbean:

1. Kevin Stadler: After a successful run through the 2012 FedEx Cup Playoffs, Stadler picked up right where he left off to start 2013, highlighted by a T-3 finish at Pebble. He's also shown an affinity for this course, finishing inside the top 20 in four of five starts in Puerto Rico.

2. Luke Guthrie: Guthrie is receiving more attention after a third-place finish at Honda, but the rookie has now been inside the top 30 in five of seven starts this year. Expect another high finish this week with many of the bigger names playing at Doral.

3. Brendon de Jonge: The Zimbabwean was one of the steadier players in 2012 and notched a pair of top-15 finishes during the West Coast Swing to begin his 2013 campaign. De Jonge was inside the top 15 in two of the last three years in Puerto Rico, including a tie for third in 2010.

4. John Rollins: Another player who has quietly compiled a great start to 2013, with four top-25 finishes in five starts, including a T-16 at Riviera in his last event. Rollins is currently fourth on Tour in birdie average and seventh in the all-around ranking.

6. Josh Teater: Teater already has a pair of top-10 finishes to his credit this year, including a T-2 showing at Torrey Pines and a T-6 finish at Riviera in his last start. Since then, the Kentucky native has gotten married, so this week's event may serve as a pseudo-honeymoon for him and his new bride.

7. Jeff Overton: The Hoosier has struggled a bit to get his 2013 season off the ground after a strong close to his 2012 campaign, but his track record at this event is noteworthy. Overton has been inside the top 15 each of his last three starts in Puerto Rico, including a tie for 14th last year.

8. Patrick Cantlay: Cantlay notched his first professional victory last week, winning by four shots at the Web.com Tour event in Colombia. Momentum from his maiden win should help him this week in his first Puerto Rico appearance, having also finished T-9 last month at Pebble Beach.

9. George McNeill: The defending champ also finished fifth here in 2011, and has broken par in each of his eight competitive rounds at Trump International. This year he has made the cut in each of his five starts, with his T-41 result last week at Honda marking the first time all year he's finished outside the top 40.

10. Graham DeLaet: Fresh off a tie for ninth at PGA National, the Canadian heads back to Puerto Rico, where he also finished tied for ninth a year ago. DeLaet is currently 13th in total driving and also had high finishes at Torrey Pines (T-9) and Riviera (T-21) earlier this season.