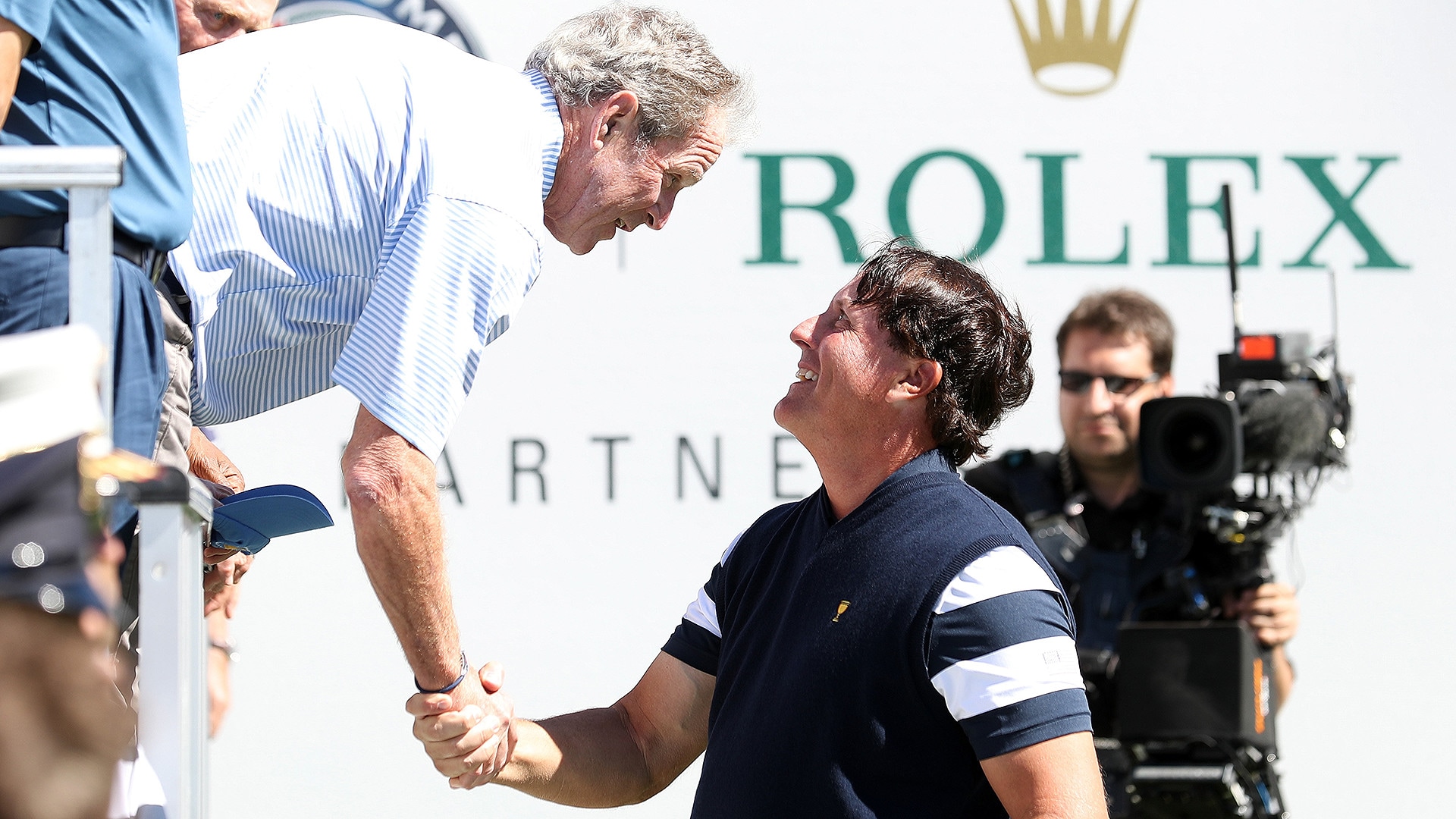 PONTE VEDRA BEACH, Fla. – Phil Mickelson’s victory at the WGC-Mexico Championship in March was rewarding for many reasons.

It was Lefty’s first PGA Tour victory since 2013 and also gave his chances to make this year’s U.S. Ryder Cup team a significant boost. But there was also some added significance.

Like many Tour players, Mickelson has a friendship with President George W. Bush, and the former commander in chief had a unique perspective on Lefty’s victory.