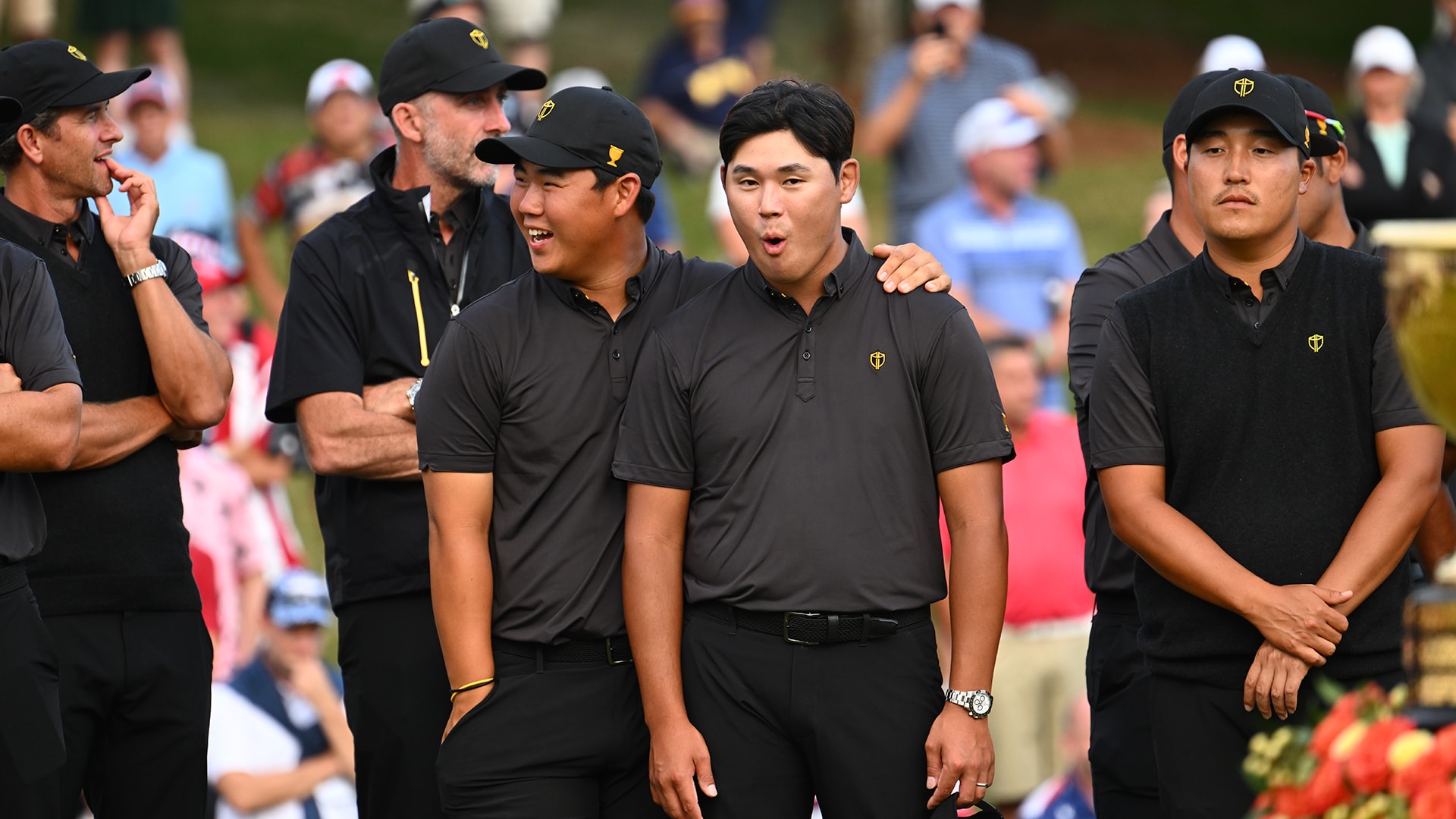 With the 14th Presidents Cup in the books, here are grades for the losing International players and captain at Quail Hollow:

Record: 3-1
Why the grade? Tom Kim got all the headlines, but Si Woo Kim probably deserved more. He led the Internationals with three wins, including teaming with rookie Cam Davis for the only visiting point on Thursday, and capped his week by getting in Justin Thomas’ head and winning a huge singles point in the leadoff match.

Record: 2-3
Why the grade? I’m going to pump the brakes on Tom Kim a little. Yes, the 20-year-old rookie brought loads of enthusiasm and energy to this visiting side. Yes, he delivered some clutch moments, none more so than that winning birdie on No. 18 in Saturday fourballs to beat Xander Schauffele and Patrick Cantlay. Yes, he’s going to be a star for decades to come. But he still lost three matches.

Record: 2-2-1
Why the grade? After leading the Internationals in points in 2019, Im got a lot of run this week. Something tells me this isn’t the last we’ve seen of an Im-Munoz fourball duo (1-0-1), but I can safely say Im-Conners won’t repeat itself (0-2). A singles win over Cam Young capped a solid week that, minus Conners, could've been better. 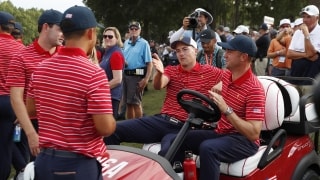 With the 14th Presidents Cup in the books, here are grades for the victorious U.S. players and captain at Quail Hollow.

Record: 2-0-1
Why the grade? Got some high praise from Captain Immelman for his intangibles, so he gets a slight bump for that. On the course, he didn’t lose a match, though I would’ve loved to have seen him play more.

Record: 2-1
Why the grade? Early-week talk hinted that Lee could be a secret weapon for the Internationals, and though he surprisingly played just two team sessions, both foursomes with Tom Kim, the Husky Boy finished with a winning record and singles win over Billy Horschel.

Record: 2-3
Why the grade? Honestly, the rookie wasn’t too bad. Yeah, he lost three matches, but that eagle-birdie-birdie finish in Saturday fourballs was one of the better moments for the losing side – non-Tom Kim division, of course.

Record: 2-3
Why the grade? Scott's 10th Presidents Cup had some good, some bad. It was fun watching him guide along young Aussie Davis for two matches, but you have to wonder if the Internationals would be better served splitting up Scott and Hideki Matsuyama.

Record: 1-3-1
Why the grade? With so many top Internationals bolting for LIV, Matsuyama needed to have a special week. He fell flat in terms of his production, but to be fair, hiss losses came to Schauffele-Cantlay (two) and Spieth-Thomas, and he earned a tie against Sam Burns, who on his own ball looked great this week.

Record: 1-0-1
Why the grade? D for default. It's not his fault he played just two sessions, or is it? The best putter in the event took down Kevin Kisner in singles, but other than that he barely got his clubs dirty.

Record: 0-2-1
Why the grade? It was a quiet week that included one strong back nine to earn a half point Friday in fourballs with Bezuidenhout. Other than that, Pereira’s cup debut wasn’t much to celebrate as his poor tee ball at No. 18 in Thursday foursomes cost the Internationals at least a half point and he was dominated by Collin Morikawa in singles.

Record: 0-4
Why the grade? One of two Canadians to go pointless. His putter was not good. He brought down Im in foursomes. Not a good week at all.

Record: 0-4
Why the grade? The other pointless Canadian. He led his singles match against Tony Finau for a little while, but that was it.

Why the grade? You can’t get an A if you don’t win, but Immelman did everything else. He remained positive and upbeat despite multiple LIV blows, and it rubbed off on his players, who came together and fought hard even though they were outgunned. Mike Weir is probably the next captain in Canada, but Immelman should be in the International team room for the foreseeable future.