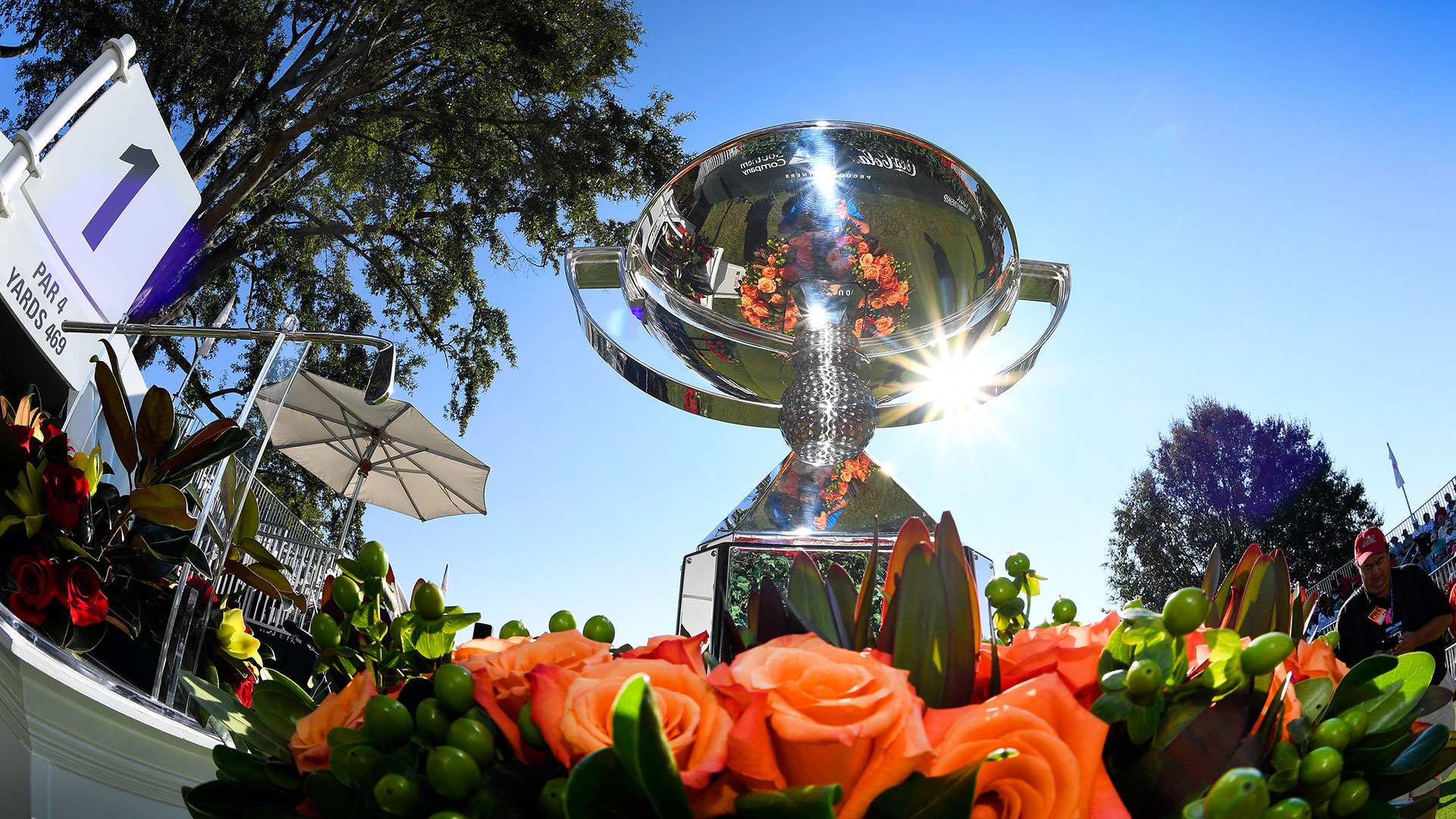 NORTON, Mass. – This season on the PGA Tour has taken on a long goodbye feel.

With next year’s extreme makeover of the circuit’s schedule looming, for some tournaments the 2017-18 season has turned into a farewell tour for the likes of Washington D.C., and Akron, Ohio. None of the schedule changes, however, will have the impact of the Dell Technologies Championship’s exit from the Tour dance card.

To be clear, Tour golf isn’t leaving the Boston area, at least not completely, but the second playoff event – like the stops in Washington and Akron – is going the way of the Dodo, the victim of a changing sports landscape and the PGA Tour’s desire to fully break free of football’s shadow.

Starting next season the playoffs will include three stops - The Northern Trust, BMW Championship and Tour Championship - although the postseason opener will rotate between the New York area and TPC Boston, which has hosted the Dell Technologies event since it joined the Tour in 2003.

Unlike the Washington event - which essentially relocated to Detroit - and Akron - which is relocating to Memphis, Tenn. - the move isn’t going to deny golf to a major market, but it is going to change how the playoffs unfold.

The move to three playoff events was partially motivated by the Tour's desire for a clean finish before the start of football season, as well as an undercurrent of support from many top players to scale back the postseason.

“Huge proponent of that,” Phil Mickelson said. “From Day 1, years before it started, I was hopeful it would only be three, because it's easy to go one, two, three, play three events. It's hard to play four. So we are taking five weeks [including a 'bye' week before the Tour Championship] to play four as opposed to just three weeks. I think it's a great thing.”

In theory most players would agree with Mickelson that less is more when it comes to the playoffs, but in practice the new condensed landscape will create a much different reality when the Tour reaches next year’s postseason.

One fewer playoff event means one less opportunity to improve your postseason standing. The best example of what we shouldn’t expect with the slimmed down playoffs was Heath Slocum’s run in 2009 when he began the postseason at 124th on the points list. Slocum won the playoff opener and advanced all the way to the Tour Championship.

Those Cinderella scenarios will become much more difficult with just three events. Despite suggestions the Tour would adjust for this by increasing the available points in the playoffs, from the current model of four-times the amount awarded in the regular season to five-times the points, officials stayed with the current format.

Less opportunity, combined with the same volatility, will mean fewer chances for those who may not have had the best regular season, like Horschel in 2014 when he began the playoffs ranked 69th but won the BMW Championship and Tour Championship to claim the FedExCup.

Instead, the new system will put more importance on regular-season performances, as evidenced by an Associated Press report this week that the Tour plans to crown a regular-season champion and adjust the format at the finale.

Under the plan, the points leader going into the Tour Championship will start the week at 10 under par, with scores to par staggered depending on the 30 players’ position in the standings. The winner at East Lake would also be crowned the season-long champion.

“Obviously there's less opportunity, but I think what it does it makes it more favorable for guys that played well throughout the entire year than someone who, like myself, who came in at 69th in 2014 to The Northern Trust and missed the cut and got on a hot run,” Horschel said. “It's not going to lend itself to that anymore, unfortunately but it's going to favor the guys that play year-round and are higher up on the [points list], give them a better opportunity to win the FedExCup.”

If approved - according to a Tour spokesperson the plan is still a work in progress - the circuit can avoid an awkward finish at the Tour Championship like last year when the winner of the finale (Xander Schauffele) doesn’t win the FedExCup. It also puts more of a focus on the regular season, which is never a bad thing.

“I am excited, not so much for me, but the guys, the younger generation, having that season-long race, so that you're rewarded for great play throughout the season, in addition to the actual playoffs,” Mickelson said.

It also means that those playoff dark horses, the gritty players who found an 11th-hour spark and made the postseason a little more compelling, are likely a thing of the past. Of all the farewells on Tour this season, we’ll miss those the most.