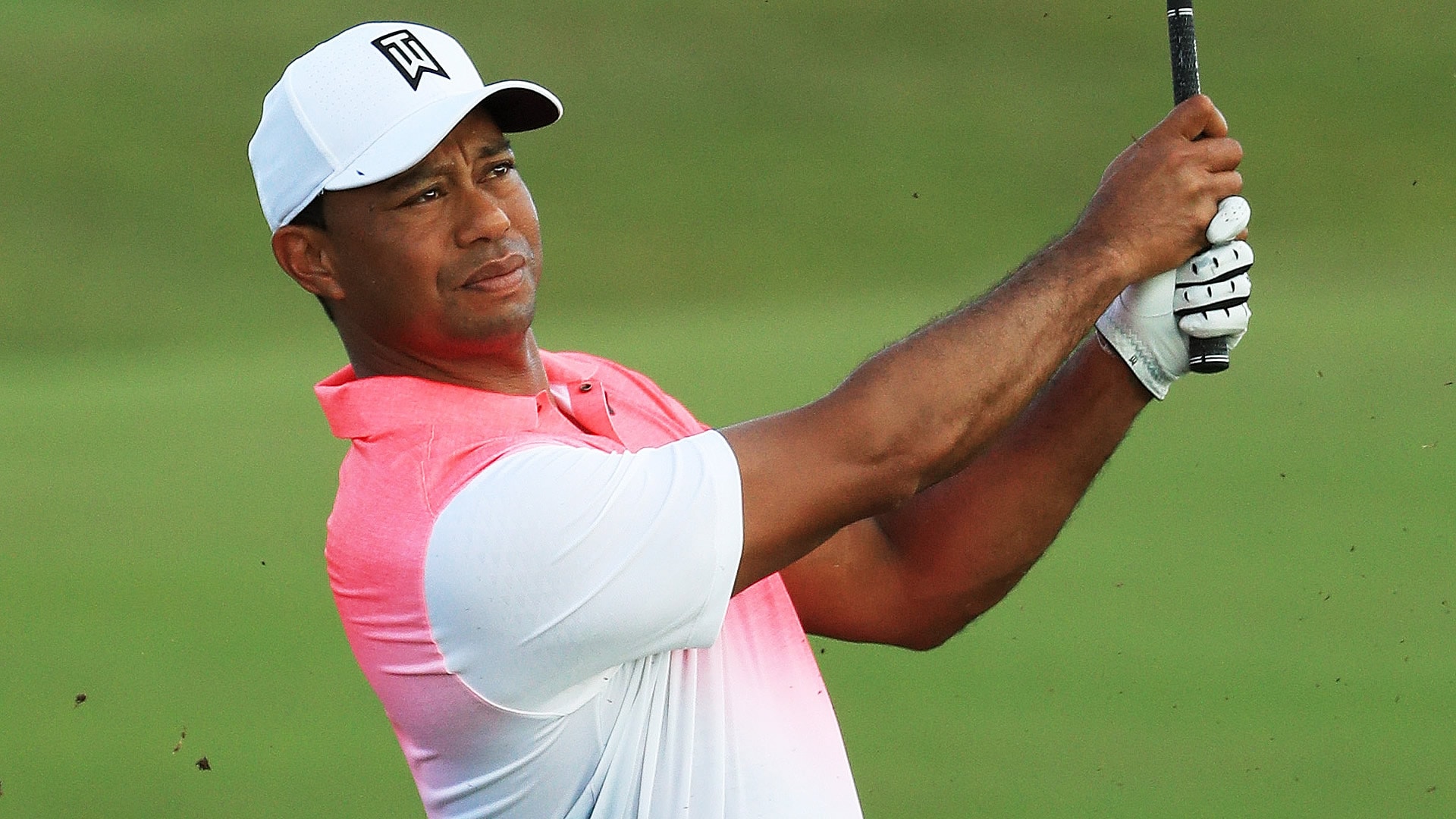 Tiger Woods' return to competition means one thing: the return of GCTigerTracker. GolfChannel.com senior writer Rex Hoggard caught up with the man of mystery to discuss Tracker's expecations of His Man this week and beyond - as well as what Tracker does when he's not tracking.

Hoggard: OK, TT, glad to see you’re back at work. Now, you’ve had a chance to see Tiger for a couple of days, what are your expectations for him this week?

Tracker: First of all, Rexy, let’s acknowledge that you guys are letting me play inside the writing sandbox for this little article. Secondly, my expectations for him are the same that they are for me – to walk 72 holes pain free. It’s been awhile since either of us have done this. Your expectations of him are higher than that?

Hoggard: Yes, actually. There has been a lot of chatter about how far he’s hitting the ball. Combine that with dramatically improved health, I’m not sure I’ll be overly excited with a T-17, but anything inside the top 10 should be in his wheelhouse.

Tracker: I’d take that right now and move onto … well, where ever he plays next. This whole thing is difficult for me. I have no expectations, he doesn’t seem to have high expectations. But when we hear how long he’s hitting it – Tuesday we saw how long he was hitting it and, well, we have higher expectations. Top-10 would be tremendous. Just tremendous. To beat eight world-class dudes in this field would be huge. From watching him the past couple days what do you think he’ll do well, and what do you think he will not do well?

Follow Tiger Woods at the Hero with Tiger Tracker

Hoggard: You’re not too bad at this scribe gig. Ever think of moonlighting as a writer? Driving looks like it will be his strength (believe it or not). Short game may be an issue. He went straight to the short-game area after his practice round, which is an indication he’s not entirely comfortable on that front. Let’s get real for a moment, who wins the Round 1 two-ball – TW or JT?

Tracker: Lower myself to the level of a scribe? Never. I just don’t know how you can go against JT in this case. He’s so fired up to play with Tiger, who asked him about the pairing a couple weeks ago. JT said he wants to “kick his a**” and I believe him. I respect Tiger for jumping back into the mix and opting to play with JT. He could’ve picked someone lower profile, but he went with the dude who smoked everyone all year (#respect). From asking that question, you actually think TW has a chance against JT?

Hoggard: After watching JT drive the ball for nine holes today, I don’t think it would be impossible, but Tiger needs a lot of things to go right. On another note, what do you do when you’re not tracking?

Tracker: Ha ... you don’t really want to know. But one thing I do is gain weight quicker than any human alive. If gaining weight was an Olympic sport you’re looking at your gold medalist in a landslide. I mean to go from walking so much to not moving? Then trying to lose it all so I can actually follow the main man is brutal. Other than that ... you miss me or something?

Hoggard: Sure, we all missed you ... and the other guy. Let’s forget expectations this week. What’s more likely, Tiger qualifies for the playoffs or Jordan Spieth three-putts from 2 feet at Augusta National?

Tracker: Damn, you're digging deep here, Rexy. Remember, me don’t write that good at all. Neither is happening, and I think you know that. But I’ll play your silly little game – Spieth three-putting from 2 feet at Augusta National is more likely. Only because there is still so much unknown from Tiger and how he’ll play, where he’ll play and if he plays. No?

Hoggard: Look, man, you’re the all-Tiger, all-the-time guy. How’s your schedule shaping up? Thinking Torrey Pines, L.A., Honda, Bay Hill. Anything booked after that (hint: if Tiger remains healthy you may want to join a hotel and airline rewards program)?

Tracker: Sounds about right. I wish he’d stay away from Torrey, but it won’t happen. And I loved Dubai earlier this year but I just think the optics of going there again would be awful. So, if healthy, give him the four majors and The Players, the four you listed, the Memorial, The (sponsorless) National and maybe something like the Wyndham and we’re getting well into the double digits if he doesn’t qualify for the playoffs. That seems like crazy talk, considering two months ago he didn’t know if he’d ever play again.

Hoggard: OK, let’s finish strong here. Of everything Tiger said on Tuesday, what gave you the most encouragement going into the first round?

Tracker: Simple, that he’s pain free. I haven’t believed him in the past when he’s said that because I’ve seen his face, I’ve seen him wince. This week, so far, I’ve seen none of that so I tend to believe him. He looks in great spirits, is smiling on the golf course with his buddies and I think that, more than anything, bodes well for a solid four days.

Hoggard: Agreed, although I also liked how he seems to be coming off that “second sucks” mentality. This road will be long and Tiger, and Tiger Tracker, will need to be patient. Good opening act, TT. Catch you on Thursday.

Tracker: Cool, thanks again for letting me tag along. Henceforth, I'll stick to tracking.