Punch Shot: Where are we headed with Tiger? 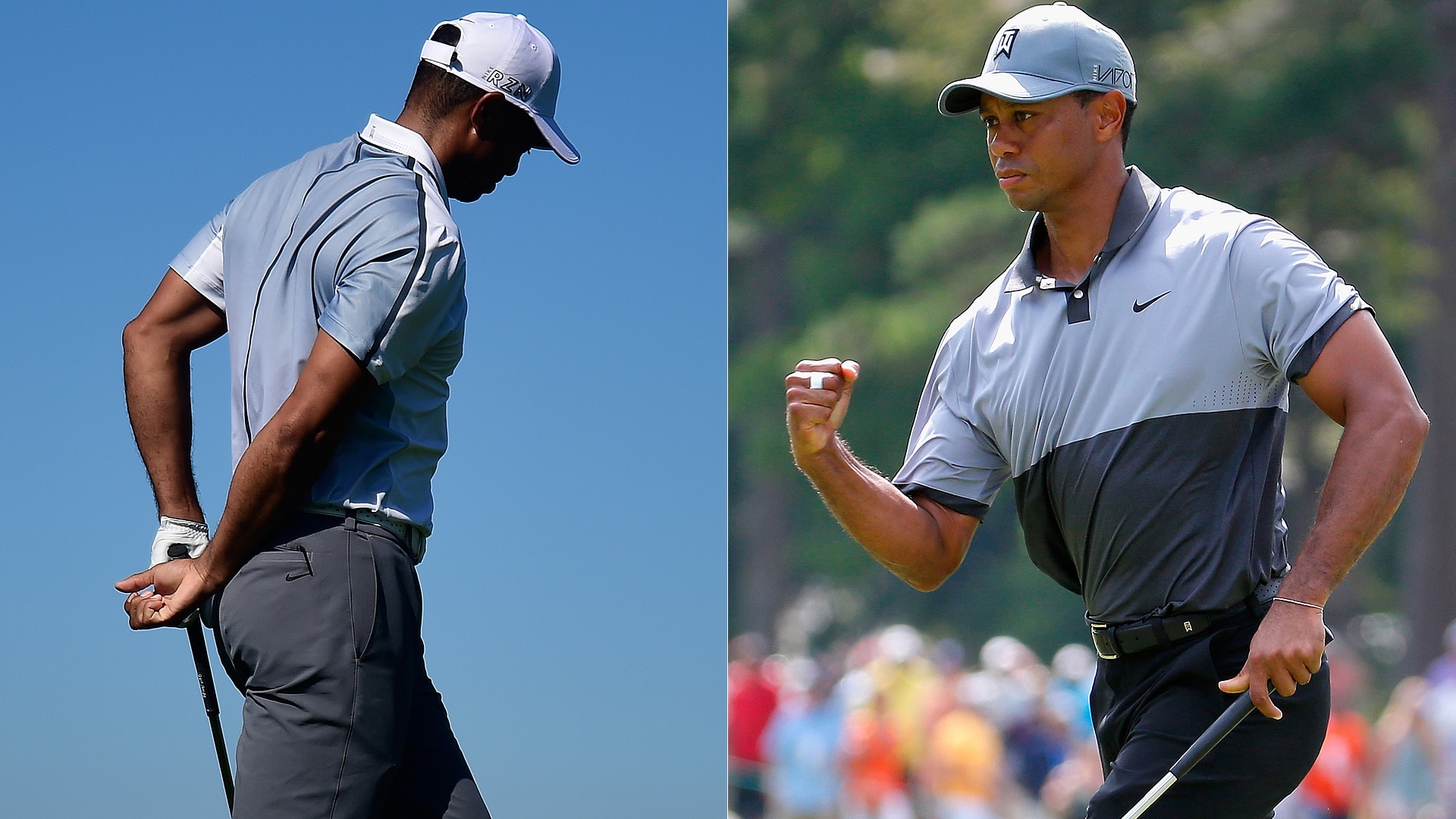 Tiger Woods announced on Monday that he plans to play the Hero World Challenge. Writers Ryan Lavner and Will Gray discuss what they'll key on while watching his first start since a fourth back surgery and if they think Woods can go a season uninjured.

Gray: OK, Lav, it's official. Tiger's coming back a month from now at the Hero World Challenge. Initial reaction?

Lavner: Stunned, but in hindsight the flurry of social-media posts – at least a flurry for Tiger – hinted that another comeback was imminent.

I agree that it's a bit jarring, especially when squared with his shudder-inducing comments at the Presidents Cup about his future. But we can't discount just how soft of a landing spot the Hero is: small field, low-key vibe, sparse crowds. Essentially as close to a controlled environment as he can get. Plus it's a course he knows well with, ahem, generous landing areas off the tee and no real rough. Perhaps we should have seen this coming.

Lavner: Agree. It was a similar situation last year, and he showed just enough glimpses of good play to really ratchet up the excitement for 2017. (Sigh.) Still, I can't shake the feeling that it's too much, too soon. He was only cleared for full golf activity a few weeks ago. A month later, he's ready to play four tournament rounds under the national spotlight?

Gray: It does seem a bit quick, but the calendar could also be a factor. If he skips Hero, where is his next likely option? Torrey Pines, eight weeks later? Last year showed there are no guarantees regardless of how slowly he ramps things up, so perhaps there's something to be said for giving it a crack now while the body is (theoretically) responding well.

I think we can both agree that expectations are at an all-time low. Will simply completing 72 holes upright be considered a win?

Lavner: Yep, 72 holes injury free is a win, just like last year. Unfortunately, his surprisingly good play a year ago led him to push himself during that break between the Hero and Torrey – and something clearly went awry, because he showed up at Torrey in terrible shape.

Gray: It's still hard to mesh the optimism I saw down at Albany last year with the despondent tone you encountered at Torrey the following month. Given the barrage of recent swing videos Tiger has sent out on social media, what's one aspect of his game that you'll be watching the most intently?

Lavner: Obviously in today's era the long game is the most important, and so we'll watch to see whether he's able to piece together a repeatable swing without pain. But I'm most interested in his short game. He's only a few years removed from the chip yips, and he's going to need to be sharp on and around the greens if he has any chance of contending in the future.

Gray: Right there on the same page with you. It was only three years ago, when this event was at Isleworth, that his short game first showed signs of collapse. His comeback won't be tied to any single variable, but to have even a prayer of working back into contention he has to at least be functional around the greens.

Tiger Timeline: A look at Woods' history of injuries and comebacks

Lavner: Not sure he'll play well in any of them, but I think he'll peg it in all four majors. For that to happen, Tiger must listen to his body and reduce his regular-season schedule. That's the only way this (final) comeback can work.

Gray: A full year of Tiger! There are kids in grade school who have never witnessed such a feat. I'll believe it when I see it, but I agree with you that less will be more. The ambitious early-season schedule that followed last year's Hero, including the ill-fated flight to Dubai, needs to be trimmed considerably.

Lavner: Talked to Trusted Tiger Friend Notah Begay III on Monday night, and even he admitted that he's anxious about this latest comeback attempt. He just hopes, like I think we all do, that Tiger can go out on his terms – whenever that is – with some respectable golf.

Gray: There are still some philosophical questions about what that last bit would even mean to Tiger. Will he be willing to lower his own lofty expectations for himself? Time will tell. In the interim, let's keep prognosticating. Are we talking about a fully healthy Tiger heading into the 2018 Hero?

Lavner: A fully healthy Tiger probably doesn't exist anymore, not after what he's put his body and mind through. But at this time next year it's not hard to imagine that Woods will still believe he can compete with the game's best, even if the results suggest otherwise.

Lavner: Hope he cuts Torrey – it's one of the toughest non-major tracks of the year, and even two decades of good vibes there won't help him stay out of the thick, gnarly rough. And hope he adds Houston, an ideal warmup for Augusta.

Gray: Agreed on Torrey, as the South Course can take down top players any day of the week. Not sure he'd break with tradition and try playing the week before Augusta, but I wouldn't mind seeing him head back to the Wyndham, site of his most recent brush with contention. Stenson won this year without even putting driver in the bag!

Last one: Are you more or less optimistic about this comeback attempt than you were a year ago?

Lavner: More optimistic, because there have been plenty of examples of players who continued to perform at a high level, pain free, after fusion surgery. If he can clear his mind and put in the work – that's been the biggest unknown over the past few years – then there's a chance this can work.

Gray: There's a chance, sure. But I'm a little skittish after last year's debacle. That was the return where he had finally taken his time and hadn't rushed back, and it was supposed to be the one that stuck. Instead, it just showed us how quickly it can all fall apart. He's another year older, another year removed from both the grind and his last good season of 2013. Let's put it this way: I'd love to be proven wrong.

Lavner: Nice. That's a good spot to end it on.