Punch Shot: Who will win The Open at Royal St. George's – and who won't 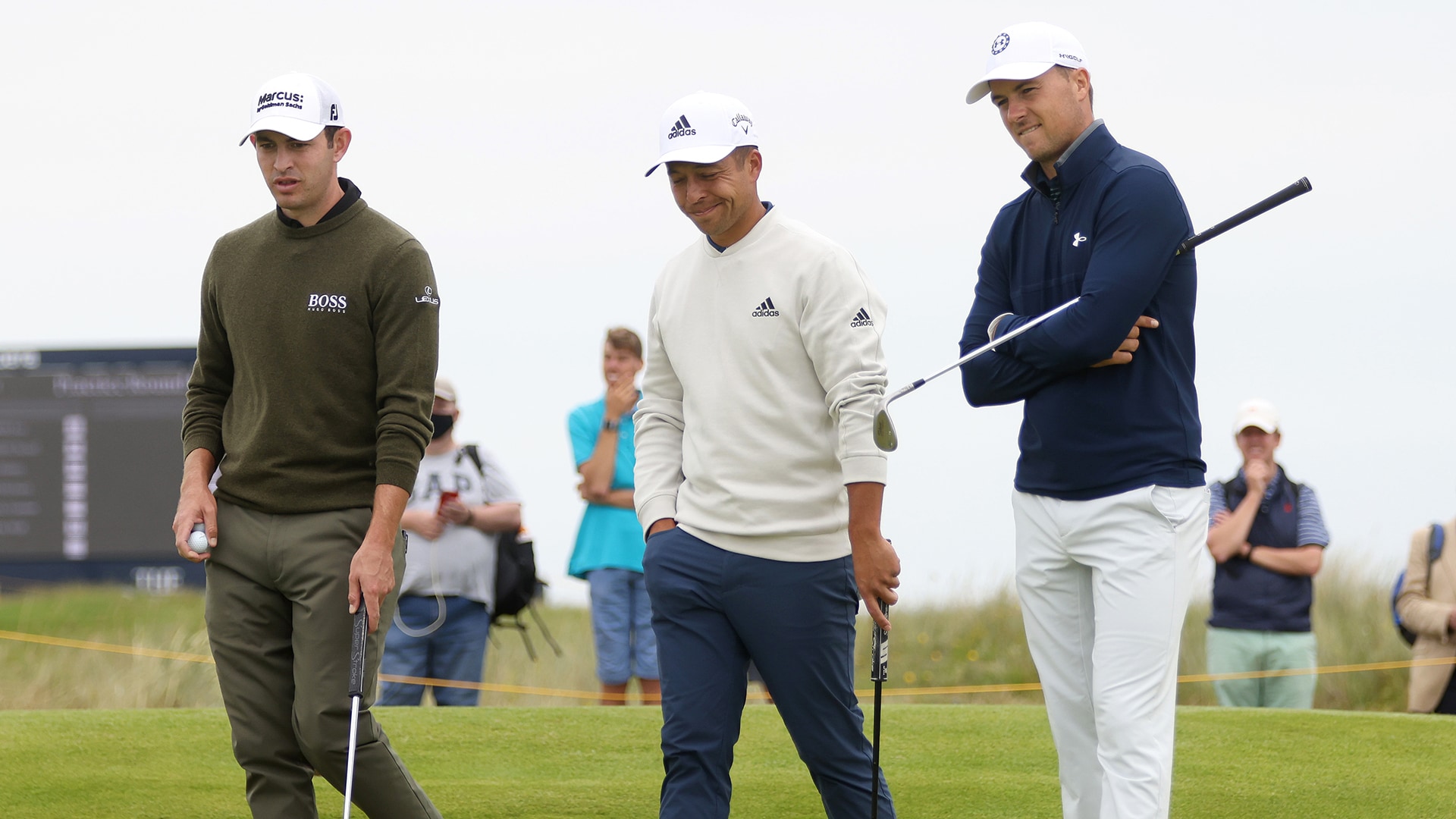 Who will win The Open Championship at Royal St. George's? And who won't win?

GolfChannel.com writers pick their winners, sleepers and more in this Open Championship edition of Punch Shot:

The winning score will be …

REX HOGGARD: 10 under. Royal St. George’s history suggests something in the 1 to 5 under range (Darren Clarke won with a 5-under total at the 2011 Open and Ben Curtis was 1 under in ’03), but soft and friendly conditions await this week’s field and the next generation is poised to take advantage.

RYAN LAVNER: 12 under par. After the Irish Open was played on a parkland course and benign winds greeted players last week at the Scottish, we’ll finally get a truer links experience this week at Royal St. George’s, with gusts up to 25 mph throughout tournament week. That breeze, abundant sunshine (firming up the greener-than-anticipated turf) and some unlucky caroms should help keep scores somewhat in check.

BRENTLEY ROMINE: The last time The Open was played at Royal St. George's, Darren Clarke won at 5 under. However, that year there was some nasty weather on Saturday. I'd bet that the winning score is in double-digits, so let's say 11 under.

HOGGARD: Marc Leishman. The Australian’s form is where you’d want it to be following his third-place finish in his last start at the Travelers Championship and, more importantly, he has the temperament to deal with the inevitable bad bounces that Sandwich promises to dole out.

LAVNER: Jordan Spieth. He’s been 30th or better in every Open since 2015, and no style of play brings out his golf genius quite like links golf. Unlike most in this generation, he can win ugly. (As for a deeper sleeper: Martin Kaymer, who snuck into the field as an alternate but has been trending in the right direction over the past few months.)

ROMINE: Christiaan Bezuidenhout. The young South African has one of the best short games in the world and he's made the cut in every major so far this year. The next step is contending in one, and this week provides a great opportunity.

Player who will disappoint

HOGGARD: Dustin Johnson. He moved back into the top spot in the world ranking this week but that had more to do with curious math than it did consistent play. Johnson’s inconsistent year (he has just two top-10 finishes on the PGA Tour in 2021) continues this week.

LAVNER: Bryson DeChambeau. Maybe Big Bryson will prove us wrong yet again, but his Open record and recent form inspire little confidence. This is no country for his moonballs.

ROMINE: Bryson DeChambeau. The power game won't work here, and DeChambeau will have a tough time hitting those longer wedges off of Royal St. George's humps and bumps. That will cost him enough good birdie looks that he doesn't contend.

And your winner is...

HOGGARD: Jon Rahm. Winning back-to-back major championships is a tall order for anyone not named Tiger Woods but the Spaniard has a new peace around him following his Grand Slam breakthrough at the U.S. Open and he has more than enough game to overcome the inevitable bounces that make links golf such a unique test.

LAVNER: Xander Schauffele. Which means we’ve now picked him to win roughly the last 11 majors. Schauffele relishes the unique challenges of The Open, has enough crunch-time experience to break through – and, hey, it doesn’t hurt that he abandoned the arm-lock putting experiment.

ROMINE: Jordan Spieth. This major is right behind the Masters in terms of Spieth's comfort zone, as few players are better at hitting shots from varied lies. He's playing his best golf in years, which means it's time to add another jug.