Punch Shot: Who wins U.S. Open at Winged Foot? And who doesn't? 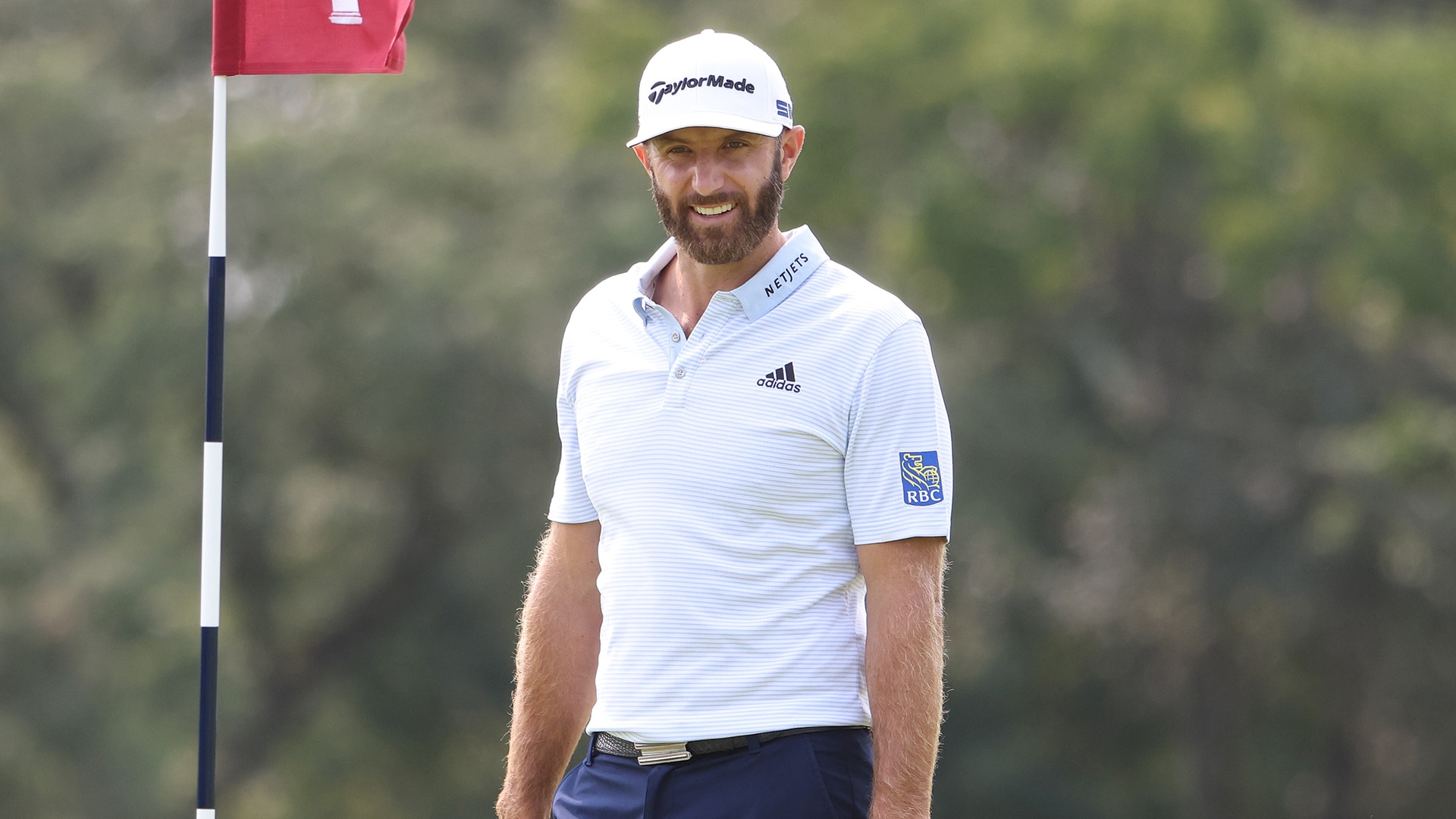 The 120th U.S. Open begins Thursday at Winged Foot, which is set to host for the first time since 2006. GolfChannel.com writers weigh in with their predictions:

Ryan Lavner: Dustin Johnson. Between his U.S. Open record and current form, he’s unquestionably the favorite this week. If he keeps it in the fairway, no one can beat him.

Rex Hoggard: Jon Rahm. He won on two of the top four toughest courses last season, Muirfield Village and Olympia Fields, and he has every tool required to survive the Winged Foot exam. He also has a keen sense of history and understands what it would mean to become the first Spaniard to win the U.S. Open.

Will Gray: Justin Thomas. The attention is (deservedly) going to Dustin Johnson and Jon Rahm, but Thomas absolutely belongs in their league. A major winner who captured two wins this year, including a WGC title since the pandemic, Thomas led the Tour in approach play and tee-to-green last season and has all the makings of a player poised to add a second major title to his resume.

Brentley Romine: Patrick Reed. So much has been said about the rough and tight fairways this week, but the real challenge will be Winged Foot’s greens. There are spots on and around them that you just can’t be in, and it will take every bit of ability and creativity to save pars. I don’t see many players – if any – living in the fairway this week, which could set the stage for a grinder like Reed to get the job done with his short game.

Ryan Lavner: Xander Schauffele. No one played better at East Lake, and with six top-10s in the majors since 2017, he’s one of the game’s premier big-game hunters. Once again, he’ll challenge to the bitter end.

Rex Hoggard: Dustin Johnson. The easy favorite this week after winning the FedExCup and being voted the PGA Tour player of the year but as the 36-year-old has learned winning a major, particularly this major, requires a bit of luck and the outcome isn’t always something you can control. Still, given his play the last month it’s impossible to imagine a final leaderboard that doesn’t have DJ’s name on it.

Will Gray: Xander Schauffele. The mix of tournament history and recent play is too good to ignore. Schauffele has finished no worse than T-6 in three prior U.S. Open trips, and just two weeks ago he was the best man by a wide margin in a strong field at East Lake. Schauffele has been on the verge of a big breakthrough for months, and with six top-10s in 12 career major starts he seems more than likely to factor this weekend.

Brentley Romine: Justin Thomas. Not only is he arguably the best iron player, particularly out of the rough, on Tour, but he also enters this week with that Brooks Koepka-like mentality. Thomas is prepared to get his teeth knocked in while keeping a smile, and that fearlessness will serve him well. Confidence goes a long way at U.S. Opens, and Thomas has lots of it to go along with that prototypical complete U.S. Open game.

Ryan Lavner: Mackenzie Hughes. Not an accident that he top-tenned at PGA National, Muirfield Village and Olympia Fields, three of the hardest setups of the year. He has one of the best short games in the world, and now he’s brimming with confidence.

Rex Hoggard: Cameron Champ. He’s been impressively consistent since the Tour’s restart and his tie for 10th place at the PGA Championship was another major step for a player who is plenty long enough to contend on a big course like Winged Foot. He also has a new caddie on the bag, veteran John Wood, which can only help his chances.

Will Gray: Martin Kaymer. Remember him? The guy that blew away the field six years ago at Pinehurst hasn’t won since, but he appears to have turned a corner in recent weeks after edging toward the abyss. Kaymer has a pair of top-3 finishes in his most recent starts in Europe, including a runner-up showing at Valderrama where the scoring was as sky-high as it’s expected to be this week. With two majors and a Players title, Kaymer is still a big game hunter – even if he doesn’t necessarily look the part at No. 87 in the world.

Brentley Romine: Will Zalatoris. As much as I was tempted to go with Jordan Spieth here, I’ll take another Dallas kid and former U.S. Junior Amateur champion. Zalatoris currently leads the Korn Ferry Tour in points and is on a run of 11 straight top-20 finishes. Any other year, he’d be a rookie on the big tour this fall and frontrunner for top-rookie honors. I love his ball-striking ability around this place and for the price you can’t get many better values.

Ryan Lavner: Tiger Woods and Phil Mickelson. In practice rounds Woods has continued to struggle with his ball-striking, while Mickelson, coming off a 21% accuracy week in Napa, figures to be in the juicy rough all week. Wouldn’t surprise at all if both had an early exit.

Rex Hoggard: Bryson DeChambeau. All of the talk about added bulk and increased swing speed and monstrous drives has led the mad scientist to this crossroads. At 7,477 yards the West Course is taunting players to be overpowered but as many before DeChambeau have discovered it can’t be done. His ongoing distance experiment is compelling but it won’t work at Winged Foot.

Will Gray: Rory McIlroy. Now nine years removed from his win at Congressional, his record both in this event and on difficult courses simply isn’t that great. McIlroy’s issues with focus and intensity made more sense when he revealed the impending birth of his first child last month, but fatherhood doesn’t immediately equate to Stroke Gained improvements. McIlroy has never won a tournament with a winning score higher than 10 under par, and that trend won’t change this week.

Brentley Romine: Bryson DeChambeau. He can hit as many drivers as he wants, but there is no cheat code for Winged Foot. To win, a player needs to be dialed in in all facets, and I’m just not convinced that DeChambeau’s iron and wedge play is where it needs to be. He’ll get too aggressive at times, and though he says he has the strength to play from the rough, I can’t see that working out over 72 holes. It will cost him.

Ryan Lavner: 2 over. The greens are just soft enough to keep the scores from getting out of control. If any player finishes under par, he will win – likely by a lot.

Rex Hoggard: 6 over. The modern game had rendered many classic courses obsolete but not Winged Foot. Geoff Ogilvy won the U.S. Open in ’06 at 5 over par and Hale Irwin won in ’74 at 7 over. By all accounts players are anticipating something squarely in that neighborhood for this week’s championship.

Will Gray: 2 over. The cooler, northerly wind that is expected for three of the four tournament days will likely keep things firm and allow the USGA to make the West Course as difficult as they please. Scoring at the recent BMW Championship seems like a fair barometer, but don’t expect much letup over the weekend. Despite their fervent claims that par is irrelevant in the big picture, tournament officials might crack a wry grin if (when) Winged Foot delivers another winning score over par.

Brentley Romine: 3 over. After four rounds of the world’s best trying to figure out these Winged Foot greens, this will feel like 30 under.