Punch Shot: Who wins, who disappoints at the 83rd Masters? 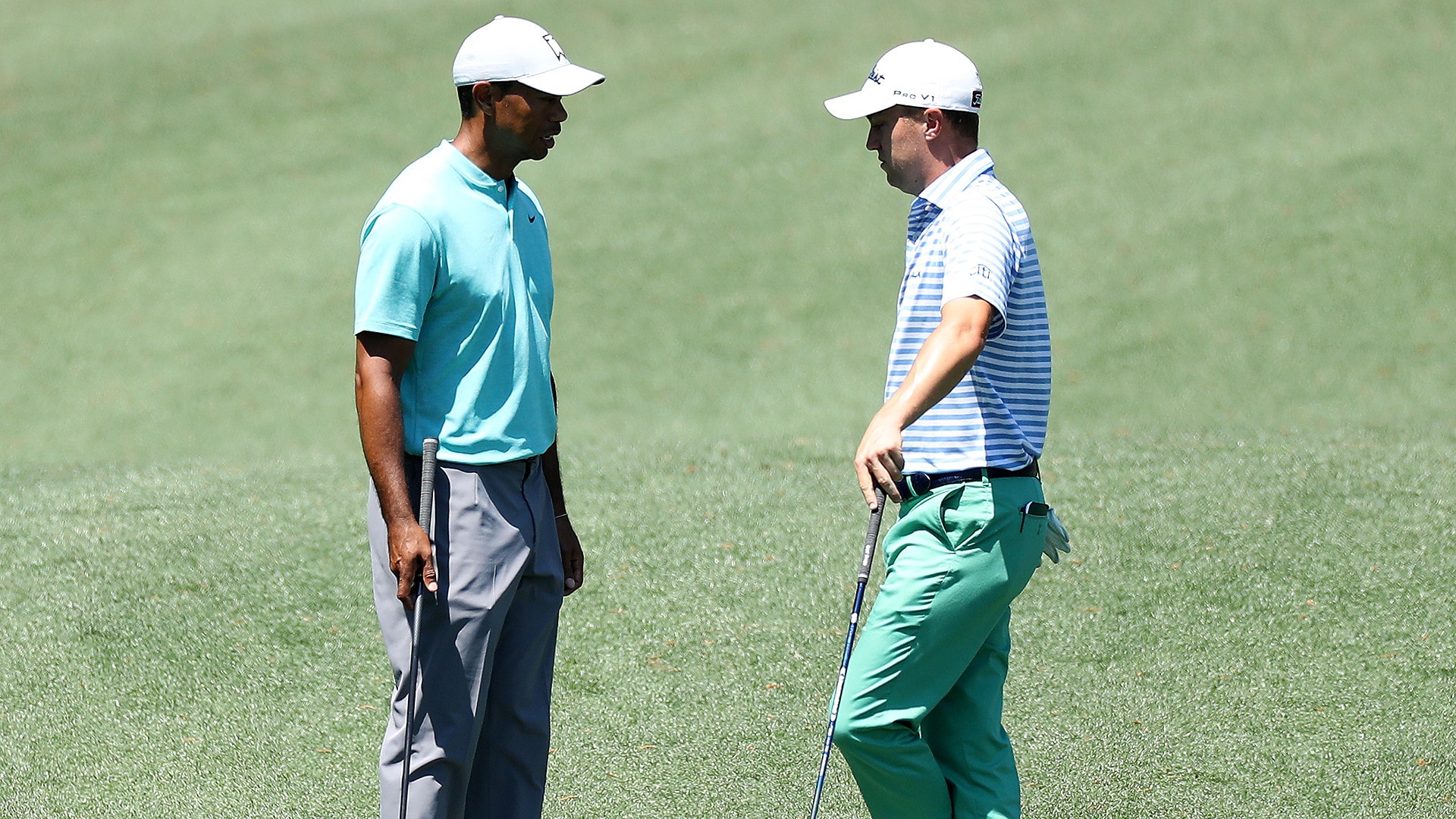 AUGUSTA, Ga. – Who will win the 83rd Masters Tournament? Will the winner be inside or outside the top 20 in the world? Who from the big names will have a disappointing week? Our team of writers at Augusta National weighs in on these topics.

WHO CAN WIN FROM OUTSIDE THE TOP 20?

REX HOGGARD: Phil Mickelson. At 48 years old the historical significance is obvious, but Lefty is inspired by Augusta National. He’s also proven that he has no interest in easing into his golden years, having won earlier this year at the AT&T Pebble Beach Pro-Am, and he still has plenty of firepower to play with the new generation.

RYAN LAVNER: Louis Oosthuizen. One of golf’s most curious talents, King Louie is healthy and in peak form, posting top-5 finishes in his past two starts on the PGA Tour, and he returns to the major venue where he’s had the most consistent success, including his playoff loss to Bubba Watson in 2012. Since then, he’s had four top-25s in his past five appearances, where he’s usually been undone by a single poor round. It’d be just like Oosthuizen to pop up and win this thing ... and then disappear for another seven years.

WILL GRAY: Hideki Matsuyama. Perhaps you’ve forgotten about the former phenom, given his world ranking has tumbled from second to 26th in less than two years. But Matsuyama has quietly started to turn things around this year, with five top-20s in his last six stroke-play starts while ranking third on Tour in strokes gained: tee-to-green. The issue for Matsuyama is always the putter, but his elite iron play should allow him to contend with even a decent week on the greens. With four straight top-20s at Augusta National, it wouldn’t be a shock to see him slip into the green jacket.

JAY COFFIN: Ian Poulter. Plain and simple, he absolutely loves Augusta National. Then sprinkle in three previous top-10 Masters finishes with solid overall play this year on the PGA Tour (four top-10s in nine starts, no missed cuts) and it’s a perfect mix of a man who can contend for a green jacket on Sunday.

HOGGARD: Tiger Woods. Let’s be honest, anything short of victory is a disappointment for Woods, particularly at the Masters, but his putting just hasn’t been good enough this season. He currently ranks 74th on the PGA Tour in strokes gained: putting and has just a single top-10 finish in a stroke-play event. There is still time to win his fifth green jacket, but it won’t be this week.

LAVNER: Phil Mickelson. Predicting Lefty’s chances is always a fool’s errand, but this year he’s even more of a wild card. In five starts since his resounding victory at Pebble Beach, Mickelson doesn’t have a finish better than 37th, and he didn’t play the week prior to the Masters for the second time this decade. And as well as he has performed at Augusta National historically, he hasn’t been as good lately – just one top-20 since 2012. Pounding the ball as far as he ever has, he’ll swing for the fences but likely come up empty.

GRAY: Phil Mickelson. Lefty might very well win another Masters and become the oldest major champion ever in the process, but it won’t be this week. He’s been surprisingly inconsistent in the weeks following his victory at Pebble Beach, with no result better than a T-37 finish at Riviera. Mickelson admitted this week that his driving remains an issue, and after ample hype turned into a mediocre showing a year ago it feels like we’re in for much of the same this time around.

COFFIN: Justin Thomas. He wants to win the Masters too badly. He said so on Tuesday. Now, he also said that he mixed up his pre-tournament practice routine, hoping to produce better results than over the past three years. A tie for 17th place last year is his best finish so far, but a final-round 73 left him disappointed. He’ll feel that way again this year.

HOGGARD: Rory McIlroy. The weight of completing the career Grand Slam will loom large over McIlroy until he does win his green jacket, but he has never been better prepared, both physically and mentally, than he is this week. He won last month’s Players Championship in commanding style and has learned enough about contending at the Masters to avoid the pitfalls that have defined his career at Augusta National.

LAVNER: Rory McIlroy. Admittedly, it’s almost too perfect – the best form of his life, the course that suits him better than any other, the newfound perspective of a balanced life – but there’s no mistaking that McIlroy is the prohibitive favorite here. If he handles the par 5s, knocks in a few more 15-footers and banishes the demons of past Masters, this is his tournament to lose.

GRAY: Justin Rose. Close four years ago, closer two years later, this is finally his time. Rose’s game is the complete package, and he’s already demonstrated an ability to cruise past an elite field this year at Torrey Pines. The Englishman has been open about the fact that he believes his game is deserving of the title of multiple major champion, and with caddie Mark Fulcher back on the bag he’ll have the emotional spark needed to get it done this week after coming so close against Sergio Garcia in 2017.

COFFIN. Rory McIlroy. If not now, then when? This tournament is McIlroy’s best shot to claim the final piece of his career Grand Slam. He will have other chances, sure, but this one seems like his for the taking. McIlroy has five consecutive top-10 Masters finishes and his worst stroke-play finish this year is a tie for sixth place at Bay Hill. He hasn’t played poorly since October. It’s his time.