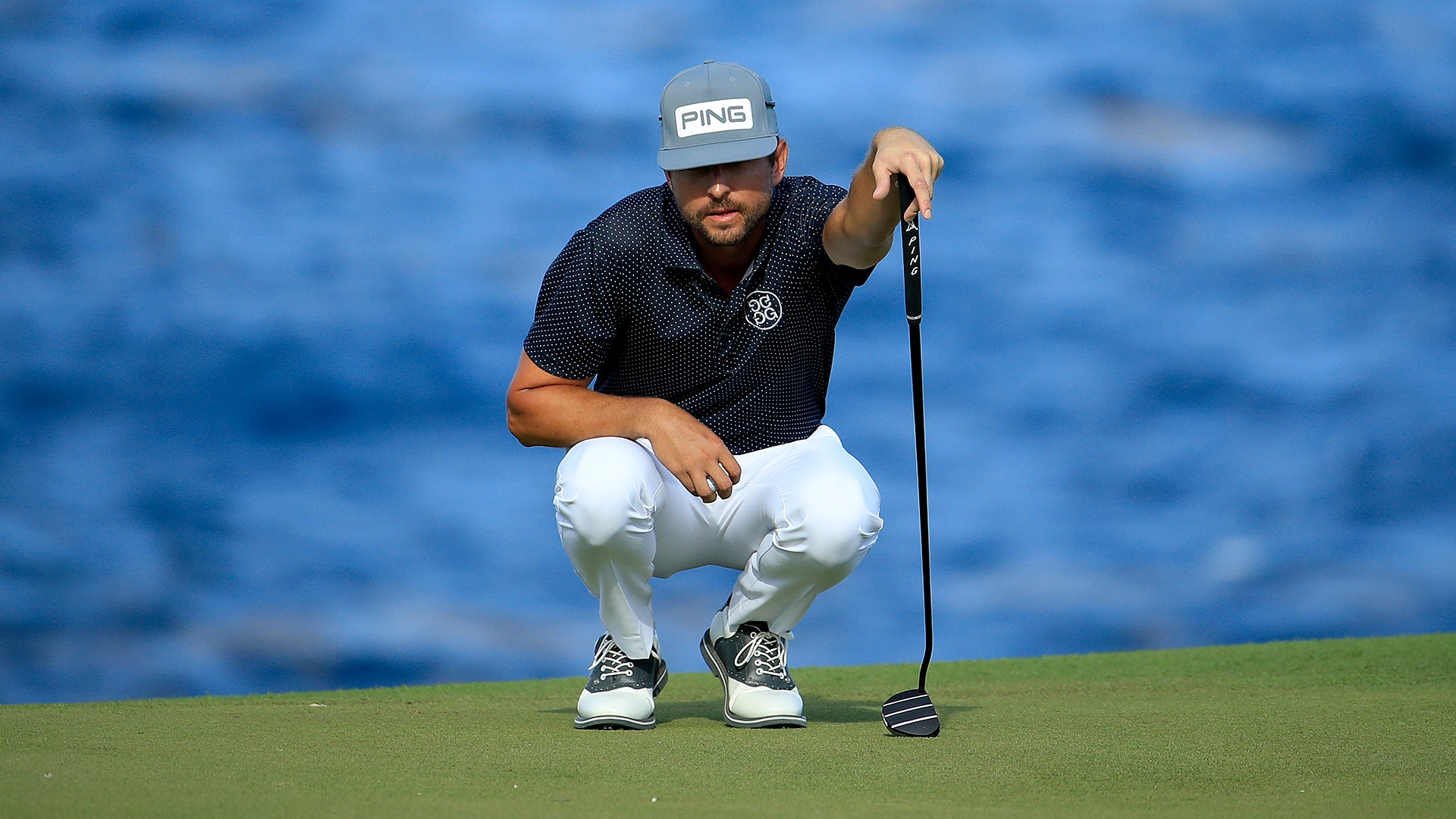 It was a sun-splashed day with relatively little breeze for the opening round in the Dominican Republic. It was also a prime opportunity for several players to jockey for early position as they contend for what would be a watershed win.

The Corales Punta Cana Resort & Club Championship is no longer an opposite event, rescheduled from March to September because of the COVID-19 pandemic. But many of the game's biggest names have opted to rest this week in the wake of a grueling U.S. Open, opening up the door for some of the Tour's rank-and-file to compete for lucrative prizes that extend beyond the $720,000 check.

With full FedExCup points awarded this week, the winner will head to the Masters in April 2021. They'll also go to the Sentry Tournament of Champions, The Players and PGA Championship in the spring. The biggest incentive for those who made the trek to the Caribbean likely comes in the form of job stability: the champ gets a two-season Tour exemption that would run through August 2023.

Through one round in Punta Cana, the leaderboard is littered with players who are both playing season-to-season and in search of a first Tour win. The six players who opened with 66 or better have combined for exactly one prior victory on Tour - that came from Hudson Swafford, who won in Palm Springs in 2017 and holds a share of the lead after a 7-under 65.

For the other three co-leaders, uncharted territory lies ahead. Sepp Straka has held a share of the lead twice before on Tour, but his lone win as a pro came on the Korn Ferry circuit in 2018. Tyler McCumber has a famous pedigree but has yet to win even a Korn Ferry event. Harrington's tale is even more head-turning, as he toiled for more than a decade without winning any OWGR-sanctioned event as a pro and without earning a Tour card before his promotion last year. He was a runner-up at the Houston Open last fall but hasn't cracked the top 35 in 19 subsequent starts.

But Harrington has some familiarity with Punta Cana, having tied the course record with a 62 in 2016 when the Korn Ferry Tour held an event on this layout, and he went low again with a round that included six birdies and an eagle.

"I feel comfortable around here, so I'm looking forward to the rest of the week," Harrington said. "I feel like as kind of a longer player I can kind of let it rip a little bit. ... Really it's just kind of the scenery and it's a nice place to come."

Up-and-comers aren't the only players vying for a maiden win. Two of the Tour's most seasoned (but winless) veterans are off to strong starts, as Jamie Lovemark and Ricky Barnes opened with matching rounds of 5-under 67 to trail by two. Lovemark had a stellar amateur career including a spot on the decorated 2007 Walker Cup team, but he has yet to win in 158 starts as a pro. For Barnes the drought extends even longer, as the former U.S. Amateur champ turned pro in 2003. But 305 starts later and approaching his 40th birthday, the trophy case remains bare.

Barnes has struggled with injury in recent years, and he's now outside the top 1000 in the world rankings. But he finished T-23 two weeks ago in Napa, making a cut for the first time in almost a year, and didn't drop a shot in his opening round in the D.R.

"I haven't been able to play much, with my status and everything. But I've been playing a lot at home," Barnes said. "I've been working hard on and off the golf course, and to see some results and even have a chance come Sunday at Safeway, it was reassuring. So glad I carried it over to today and hopefully three more rounds."

Of course, a promising start is just that. Barnes can point to plenty of examples over a two-decade career where a strong start fizzled out shortly thereafter. But during a week where many of the biggest stars are still licking their Winged Foot wounds and world No. 43 Henrik Stenson is the highest-ranked player in the field, there's a sense in the air that opportunity awaits this weekend.

"Just keep plugging along," Straka said. "Today was a great round, but there's going to be some adversity somewhere. So just try to stay patient and keep trying to make birdies."