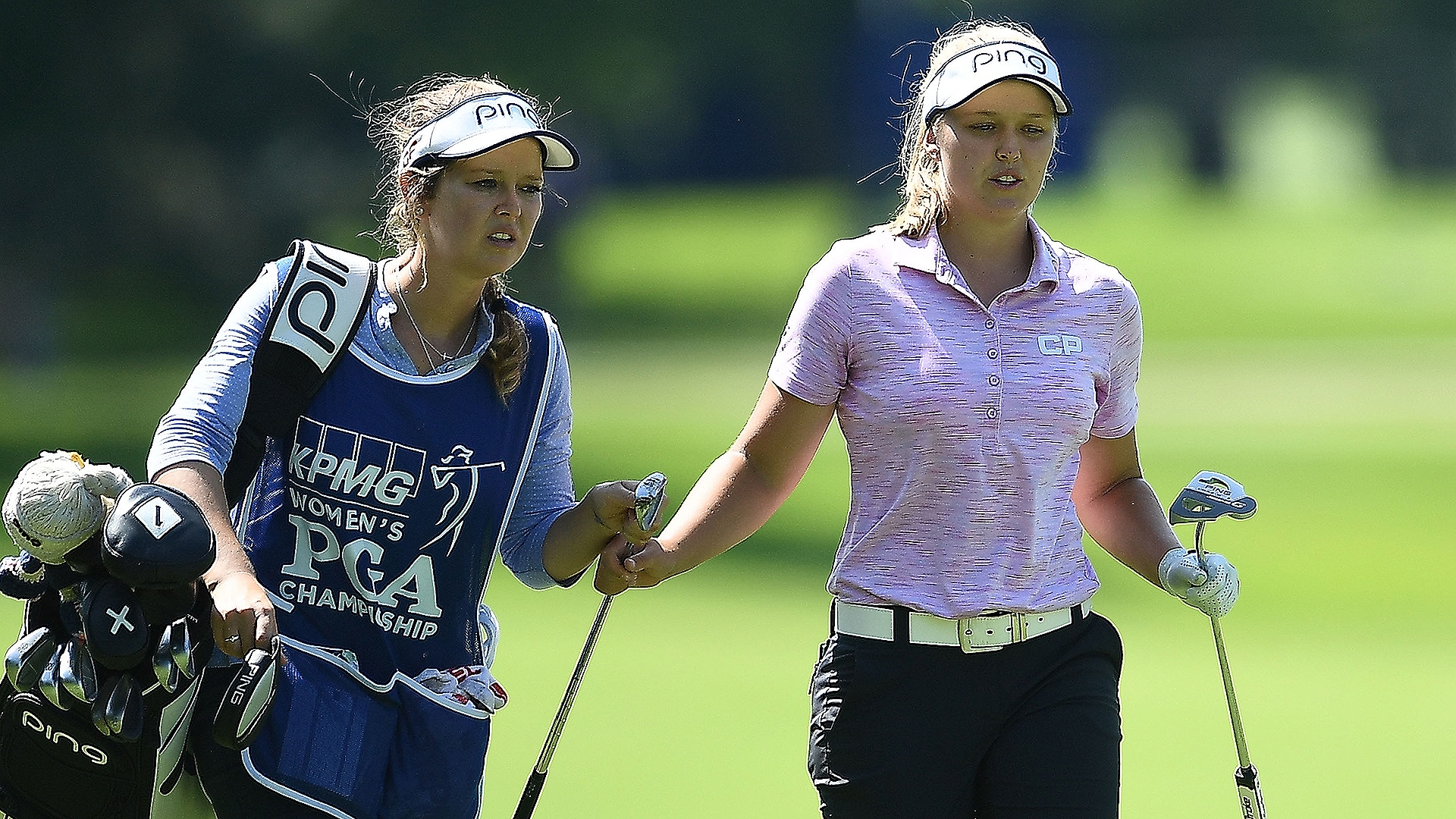 That’s been Brooke Henderson’s approach to putters the past couple years.

It’s working this week with Henderson in contention through two rounds of the KPMG Women’s PGA Championship. Her 1-under-par 71 left her at 6 under overall, in a three-way tie for the lead through the morning wave. She opened with a 67.

Henderson put a new mallet-style Craz-E putter in her bag at week’s start.

“That’s been making me a lot of birdies,” she said.

Henderson believes it’s the  fourth or fifth different putter she has used this season.

“When I won in Hawaii, that putter worked great for a couple weeks, and then it wasn't working anymore, so I had to get rid of it,” Henderson said. “I don't know, it's just a feel thing.

“Sometimes, when it's not going as well as you would like, you just need that kind of fresh new look, and that kind of great feeling that you get with a new putter. So, that's pretty much all I'm looking for.”

Henderson won the KPMG Women’s PGA Championship two years ago and finished second last year. She tied for fifth in her first start in the event three years ago.