Randall's Rant: Forget Snead and Nicklaus, can Woods measure up to Hogan? 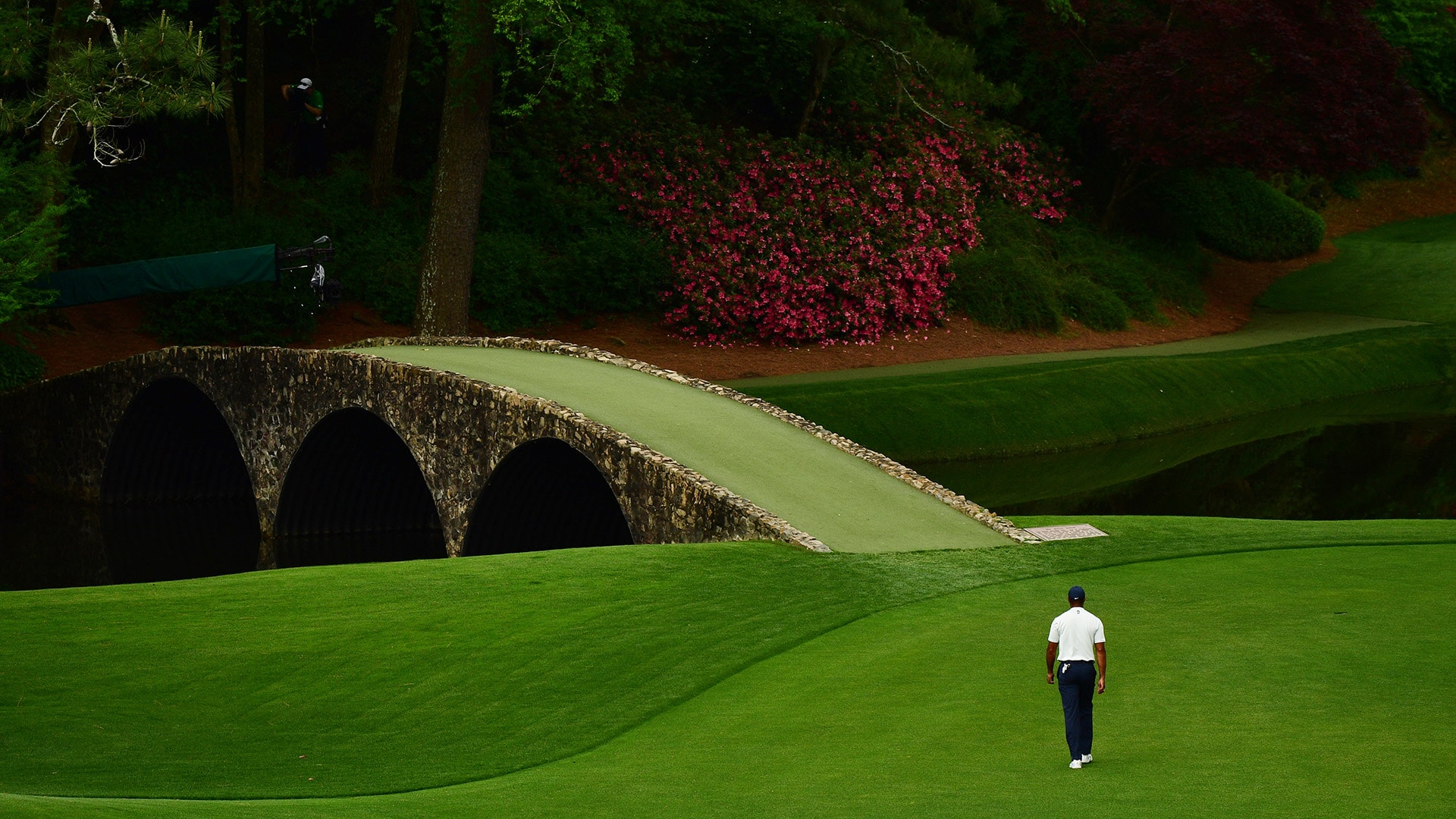 Yeah, we’re all pretty sure Woods can catch and pass Snead now.

With his victory at the Tour Championship at the end of last season and his Masters’ triumph this spring, Woods moved his total to 81 PGA Tour titles. Those victories emboldened confidence Woods has more than enough left in his tank to win one more to catch Snead and two more to pass him as the Tour’s all-time winner.

We still aren’t sure Woods can catch Jack Nicklaus, though.

Forget Jack and Sam, though.

In this new version of the Legends Tour that Woods has so marvelously created, we may all be missing the more relevant question.

At 43, can Woods measure up to Ben Hogan?

Can Woods cut back his schedule to protect his body, preserve his energy and still maintain the skill and confidence it takes to perform at the highest level on major-championship stages the way Hogan did?

And this may not be just about whether Woods can manage his body the way Hogan did.

What happens now may be all about whether Woods can keep his competitive fire going the way Hogan did.

Hogan mastered the art of less is more in a way nobody in golf has ever done.

He nearly perfected what Woods appears to be looking to do now.

What Hogan did after his body was decimated in that head-on crash with a Greyhound bus in 1949 is one of the real wonders of the game. The "Wee Ice Mon" teed it up in 18 PGA Tour events from 1950 through 1953 and won 10 of them. He played in nine majors in that span, winning six of them. He was 37 when he started that run.

Woods isn’t likely to scale his schedule back as dramatically as Hogan did, but we’re seeing Woods cut back more than we thought he would. He didn’t play an event between the Masters and the PGA Championship this spring. Now, it’s almost certain he’ll follow the same game plan going to Royal Portrush, with no starts between his U.S. Open appearance three weeks ago and The Open in two weeks.

There ought to be yet new appreciation for Hogan’s greatness watching Woods today.

In 1953, Hogan played in five official PGA Tour events and won all five, three of them majors. He skipped the West Coast and Southern swings that year. When he showed up to start his year at the Masters, he hadn’t played an official event since the U.S. Open the previous June. Still, he won the Masters by five shots, shattering the championship’s scoring record at the time.

In ’51, Hogan played in four official PGA Tour events and won three, two of them majors.

The marvel in what Hogan achieved in those four years after his accident is how motivated he remained.

Nobody could fault Woods if he looks at the rest of his career as frosting.

He goes on the Mount Rushmore of golf no matter what else he wins. That was assured before he capped his comeback with his fifth Masters title this year.

If there’s more greatness to come, however, it may take some Hoganesque genius in the efficiency of effort.

Woods isn’t likely to pare his schedule back to five or six events a year, as Hogan did, but it appears he wants to see just how much – or how little – he can play and stay sharp.

In a hectic finish to 2018, Woods won the Tour Championship in his seventh start in nine weeks. With the Tour’s new condensed schedule, he’s experimenting this year. He skipped the Honda Classic and the Wells Fargo, and a neck injury caused him to withdraw from the Arnold Palmer Invitational this spring. When he tees it up at The Open, four of his last five starts will have been majors.

Can Woods become Hoganesque in his ability to knock rust off in practice? It didn’t look that way at the PGA Championship, and again at the U.S. Open until that rousing finish at Pebble Beach.

If Woods can measure up to Hogan, he will blow past Snead – and catch and pass Nicklaus, too. If he can do that, it will give us all one hell of a bonus chapter to Woods’ remarkable career.