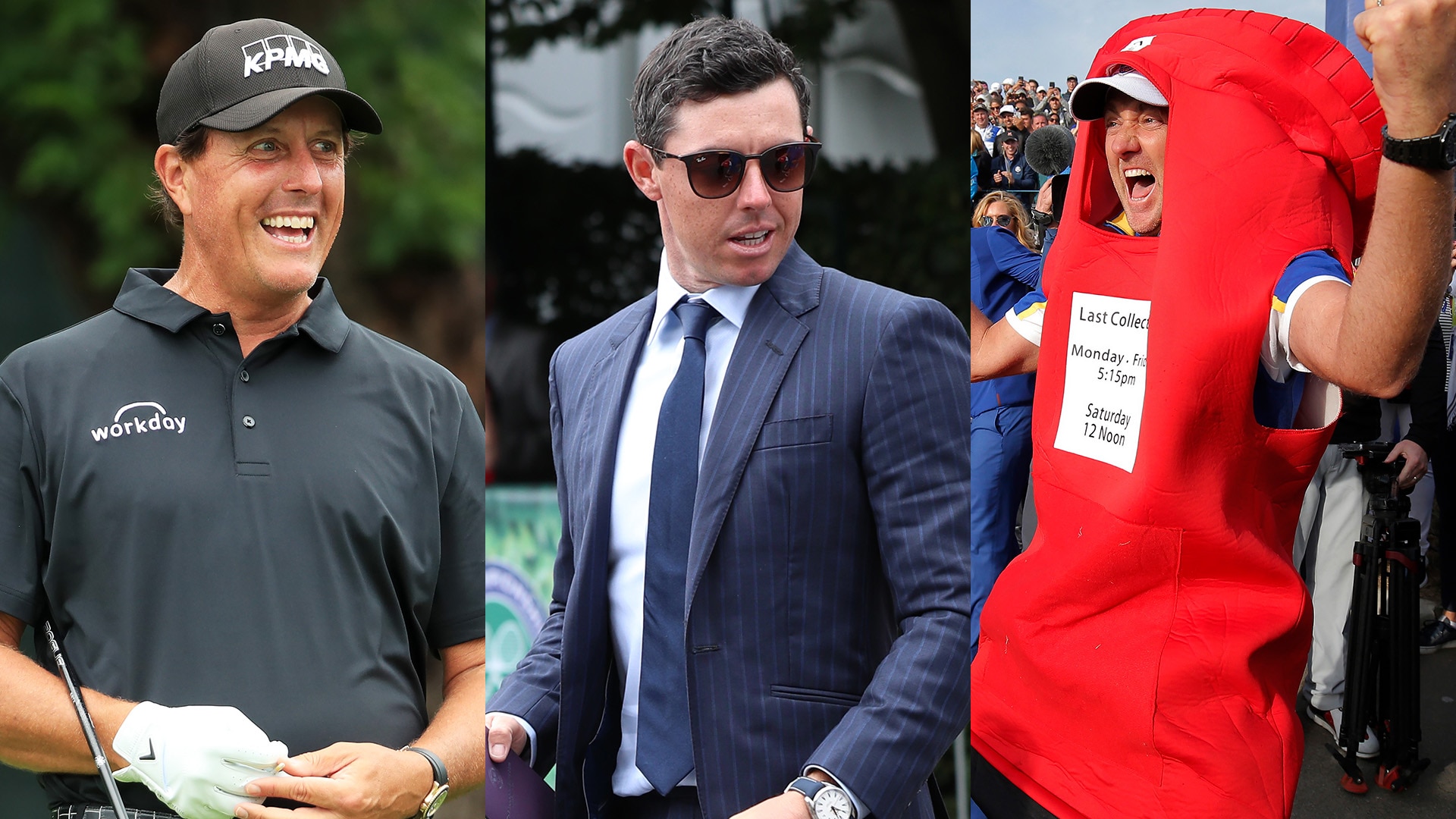 So many were talking about Eddie Pepperell this weekend.

You probably already know he piped five shots in a row in the water at the fourth hole Saturday at the Turkish Airlines Open before running out of balls and walking off the course.

And you probably already know it might only have been four balls in the water.

Even Pepperell wasn’t sure when asked afterward.

“I don’t know exactly, but it was a good few,” he told a reporter.

The Englishman’s fellow competitors weren’t sure, either.

“I have watched the movie `Tin Cup,’ but now I’ve seen it live,” Martin Kaymer said. 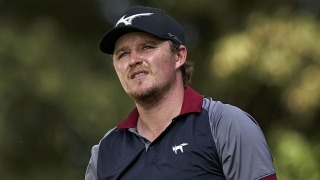 Pepperell has 'Tin Cup' moment, runs out of balls

Eddie Pepperell played the role of Roy 'Tin Cup' Mcavoy, but ran out of balls in Round 3 of the Turkish Airlines Open.

Actually, Roy McAvoy didn’t run out of balls in that iconic scene from the 1996 movie about a driving range instructor who makes a run at winning the U.S. Open. McAvoy holed the last ball in his bag for a 12. But Kaymer relayed the surreal scene from Turkey in entertaining fashion, giving the debacle framework that only added to Pepperell’s reputation as one of the tour’s most colorfully intractable characters.

That’s what this Rant is really all about: It’s about all the characters who make the game so interesting to watch.

The game needs the Eddie Pepperells of the world as much as it needs its great champions. And who knows? Maybe he’ll end up being both.

That’s what this writer is calling the unveiling of this new, unofficial list.

It’s even more subjective than the College Football Playoff rankings, because it’s one man’s opinion. While these rankings carry no meaningful weight in a player’s career, the idea behind it really does; shot-making skills matter most at the elite level, but personality is vital to the game’s popularity.

So, here’s a salute to the guys whose personalities make the game more interesting to follow. Here’s the first Unofficial World Golf Personality Ranking’s top 10: 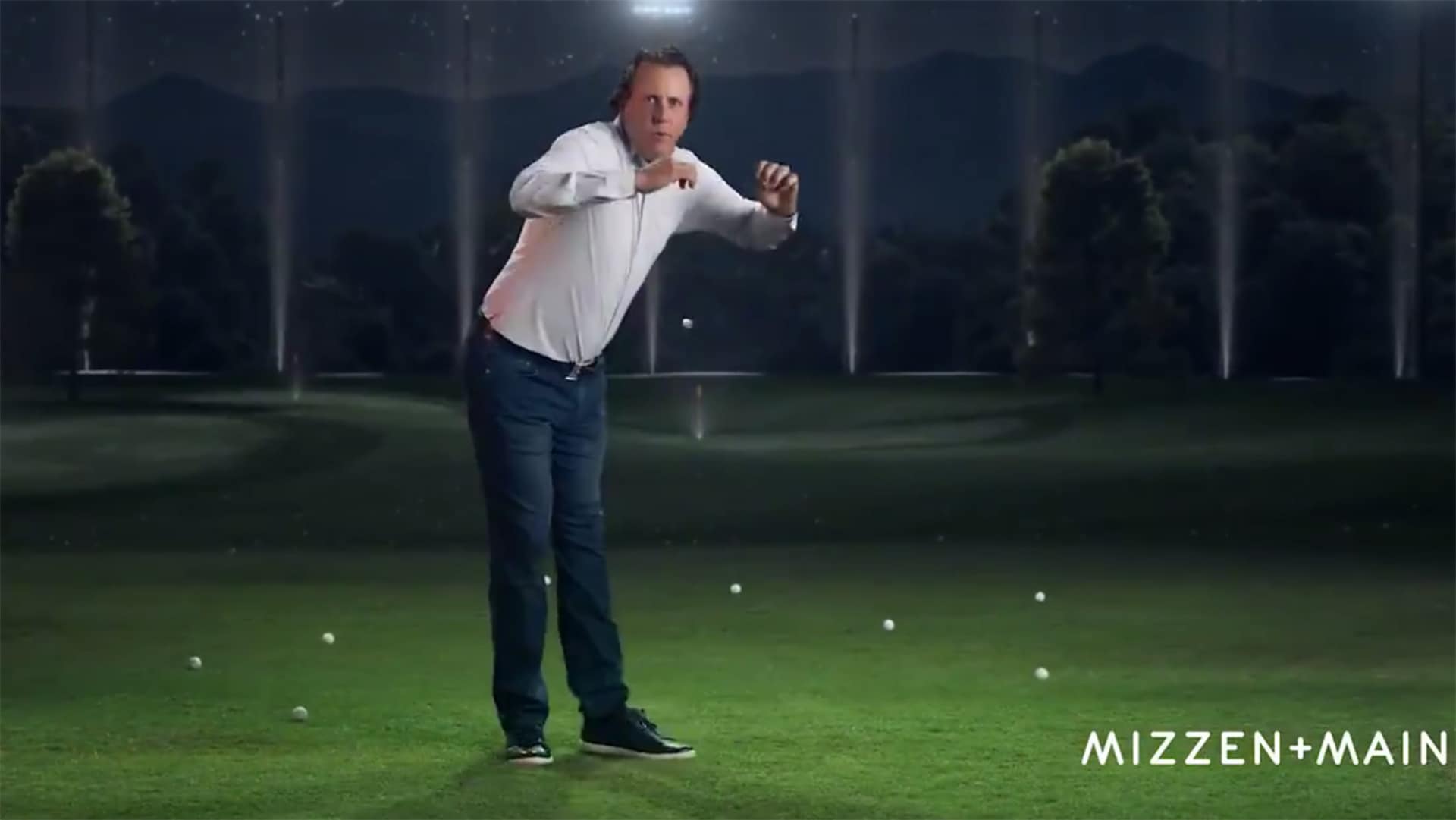 From his comical Phireside chats to his serious role as Ryder Cup mutineer, from his clever post-round quips to his important role as a tour leader, Mickelson is the total personality package. From amusing asides to serious ruminations, he is a Hall of Famer inside and outside the ropes. 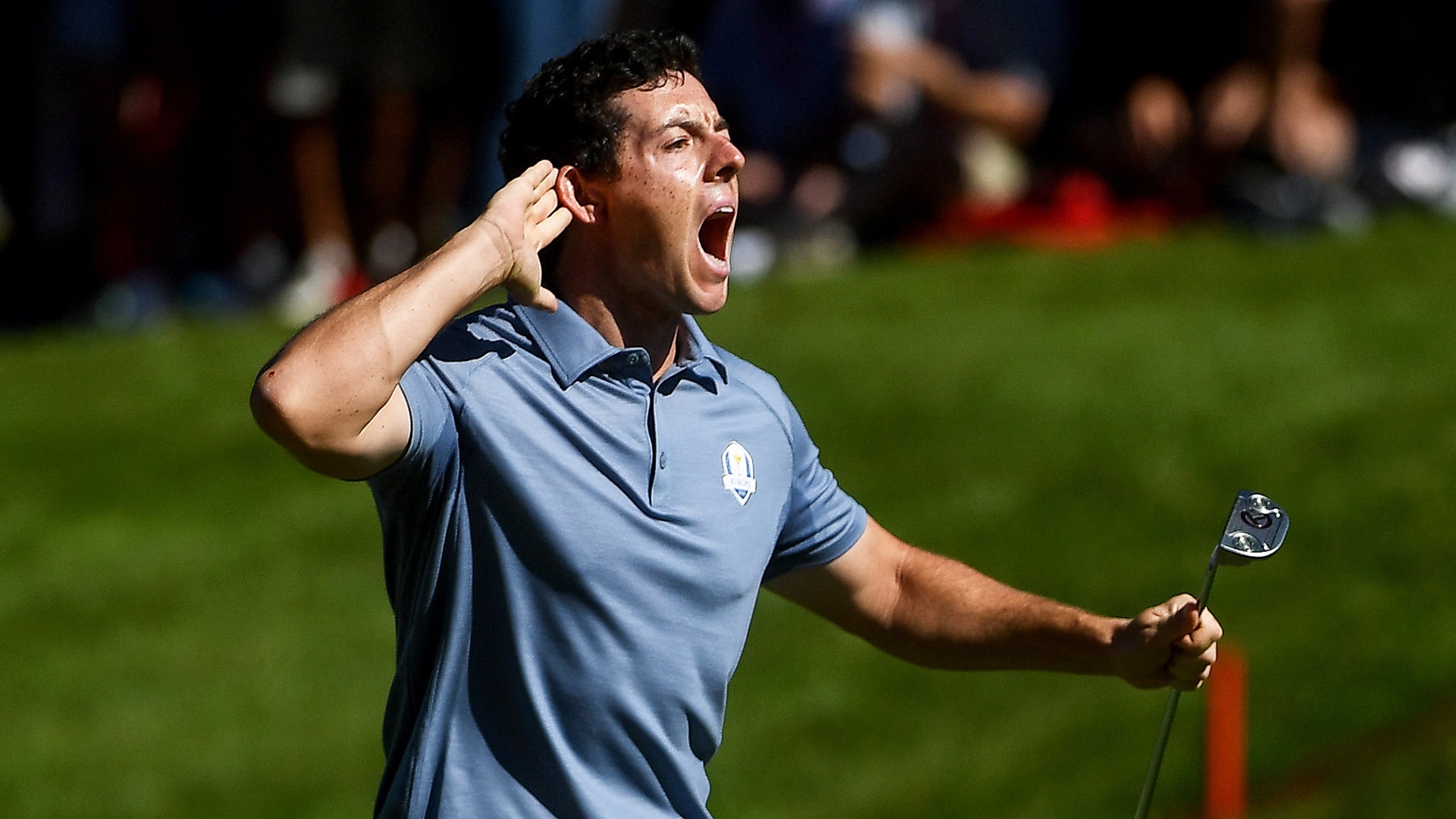 His news conferences, like Mickelson’s, are must-see events. McIlroy’s opinions resonate as powerfully as the sound of a golf ball coming off his driver. Whether he’s challenging the wisdom of condensing the PGA Tour schedule and its major championship season or questioning the ease of too many European Tour setups, McIlroy’s stances carry weight. He wields major influence with his wit and his good humor. 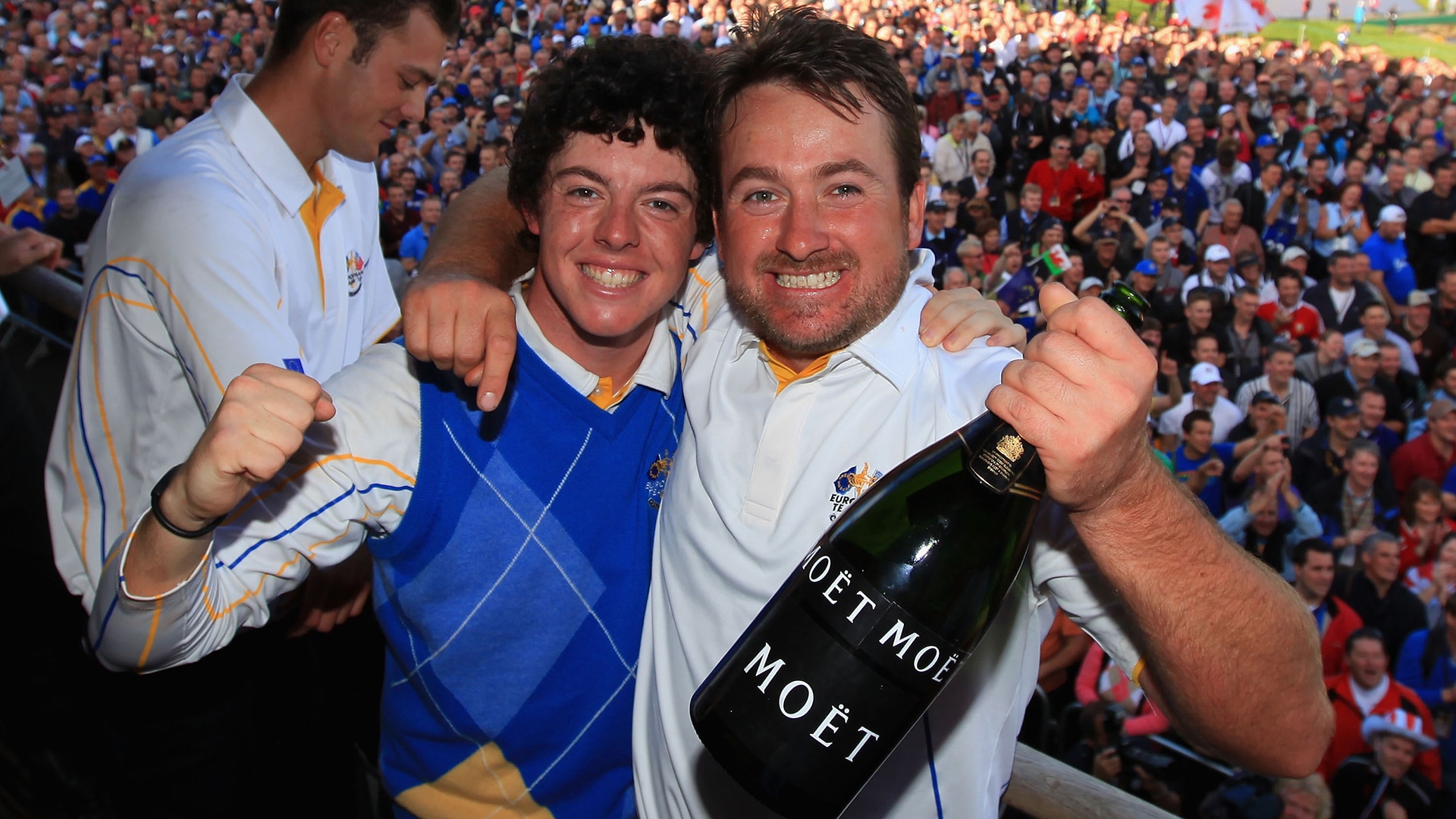 If words were golf shots, the man from Northern Ireland might already be a Hall of Famer. The guy can work the English language as creatively as he works a golf ball. Perceptive, insightful, funny and charming. That’s the Grand Slam of personality components in this ranking. 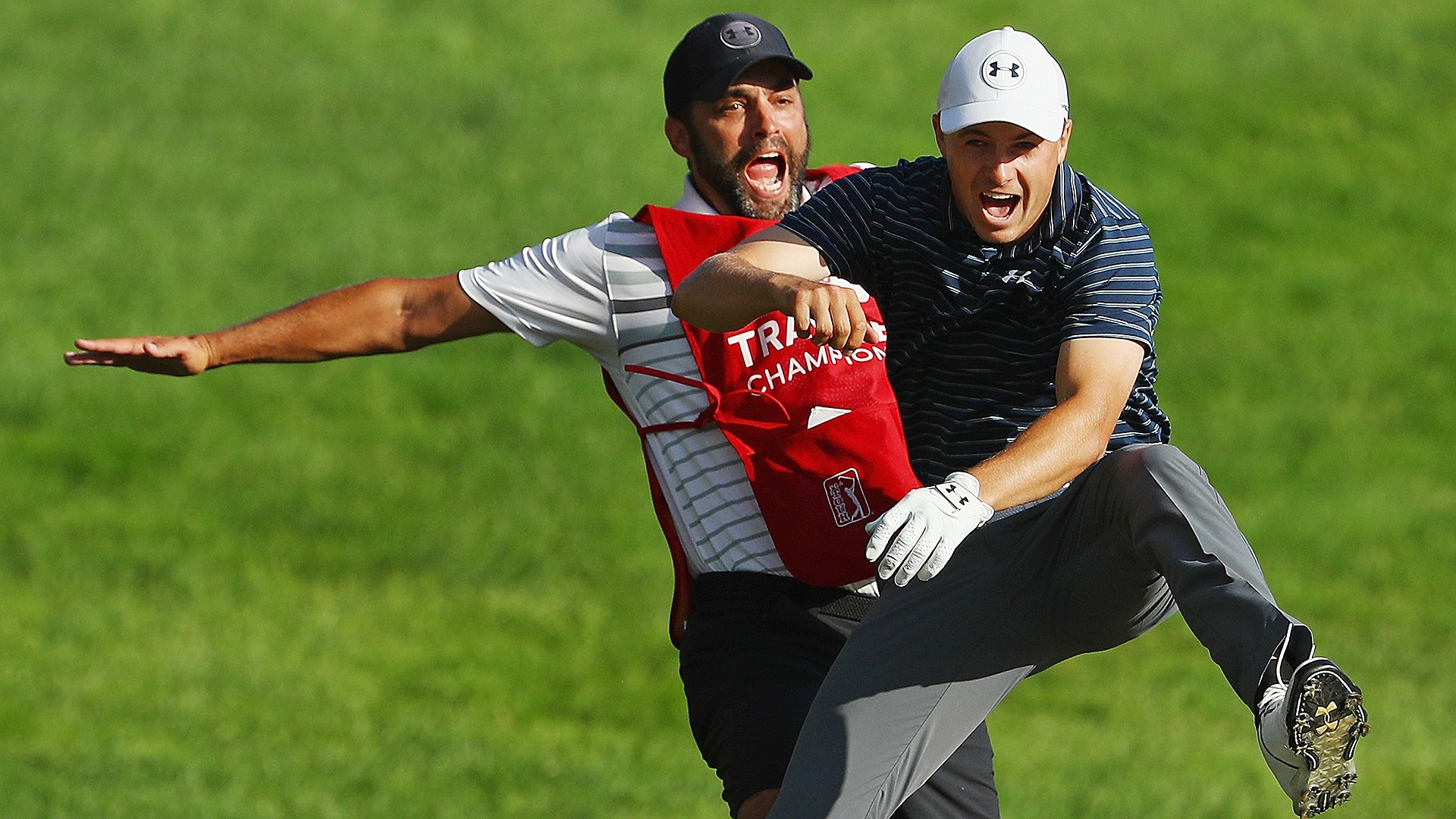 The American version of McIlroy in the media center, Spieth’s analytical gifts make the game more interesting for all. He’s fun to watch, with his running commentaries making him a more open book than most players you’ll ever see inside the ropes. He’s equally fun to listen to in interviews, with his ability to open the game’s intricacies to all of us, in ways that both educate and entertain. 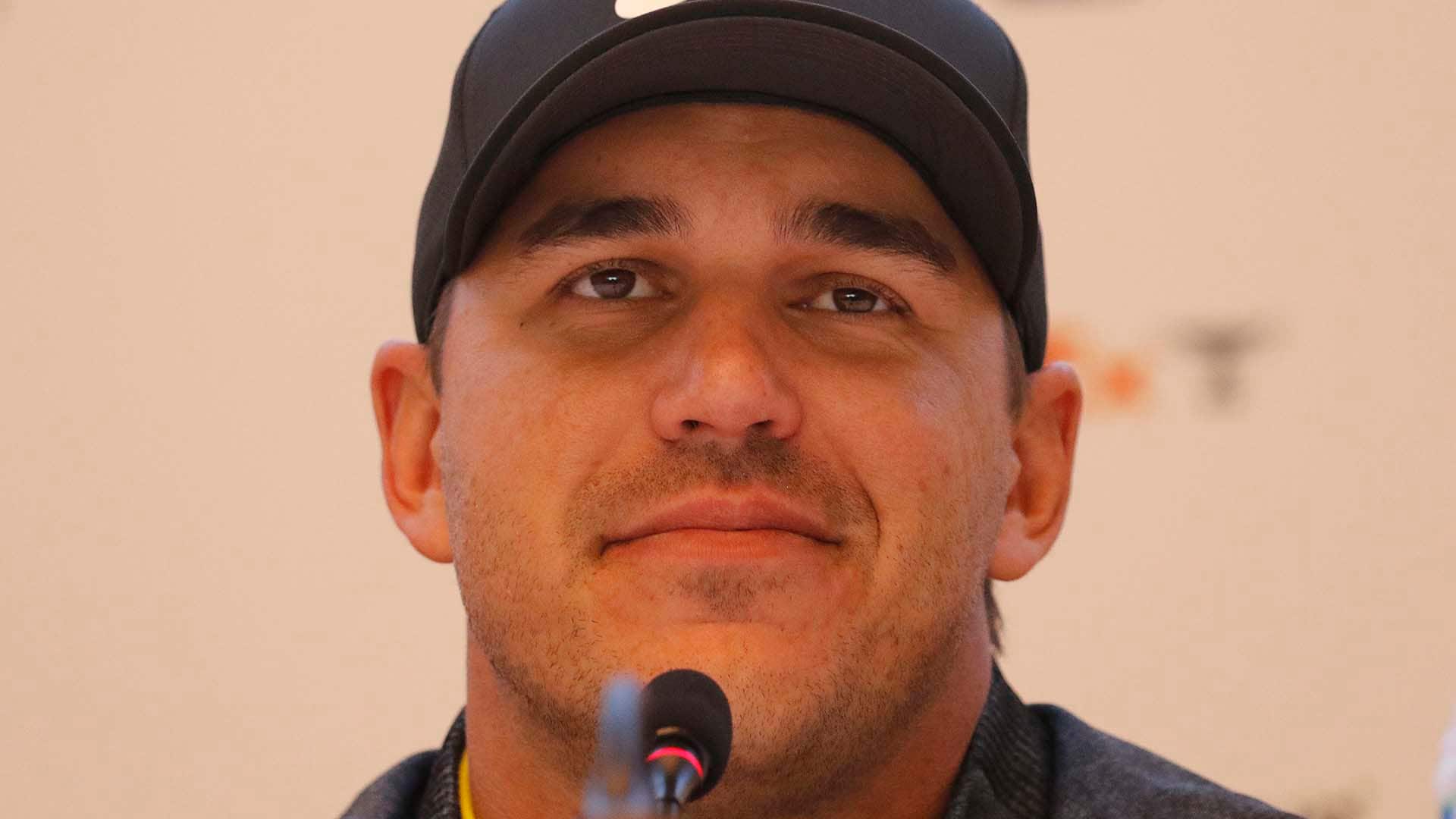 We may never see the world No. 1 hosting the equivalent of a “Phireside Chat,” or regaling media centers with funny tales from the tour, but he may be golf’s most intriguing competitor. He often seems to be channeling Ben Hogan, with his glare and intimidating aura. Yes, Koepka can be short and standoffish, with a no-nonsense approach to questions, but his opinions can land like sledgehammers. There’s a little bit of mystery in his makeup, in the weight of the chips he seems to carry on his shoulders, and it makes the game a lot more interesting. 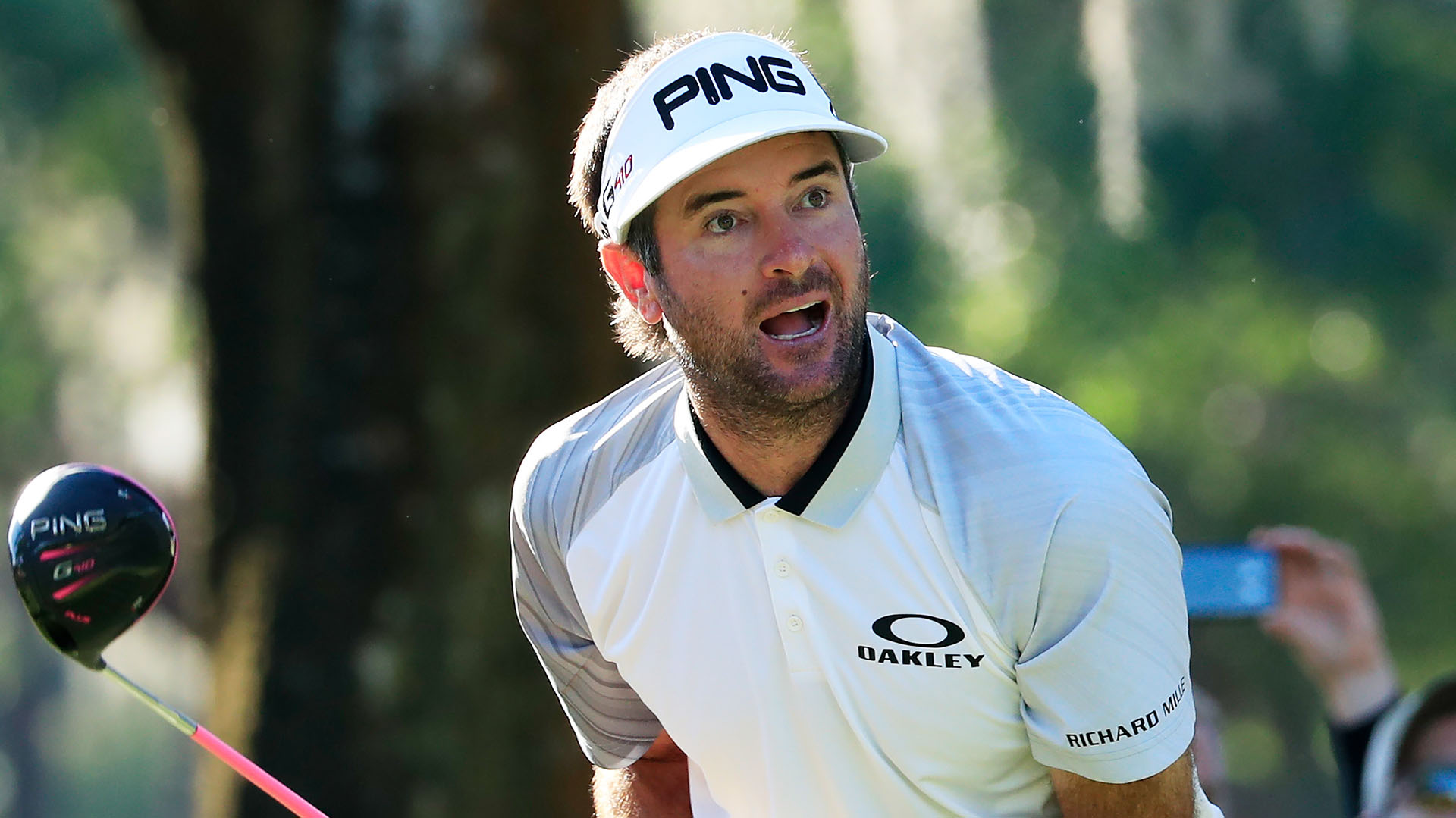 He’s not everyone’s cup of tea, but love him or loathe him, Watson’s a heavyweight personality, with a nature as quirky as his game. His moods can put people off, but they make him as interesting as he is inscrutable. He runs the personality gamut more than anyone on tour, from playful to irritable, from sincere to disingenuous. He’s a storm of complexities. A psychiatrist once told Golf Digest he was like a “Ferrari with bicycle breaks.” 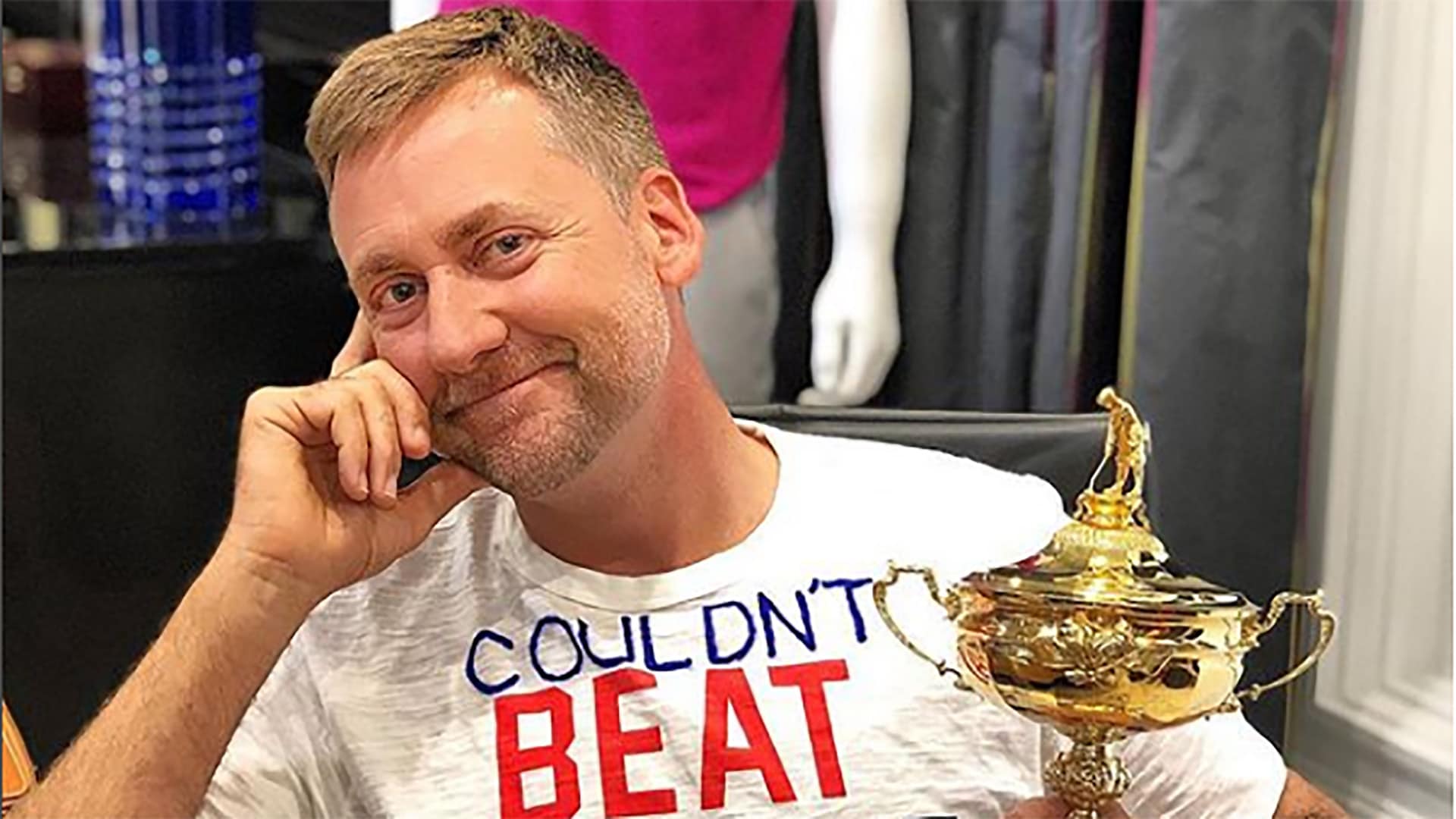 As bold and brash as his automobile collection, Poulter is a lightning rod. He is the guy American Ryder Cup fans love to hate and can’t help but begrudgingly respect. He makes every tournament more interesting when hits the leaderboard. Yes, Bleacher Report once ranked him among the 10 most arrogant golfers of all time, writing that he’s a guy who makes you “just want to wipe that smirk off his face.” But Poulter intrigues with his bravado on and off the course. 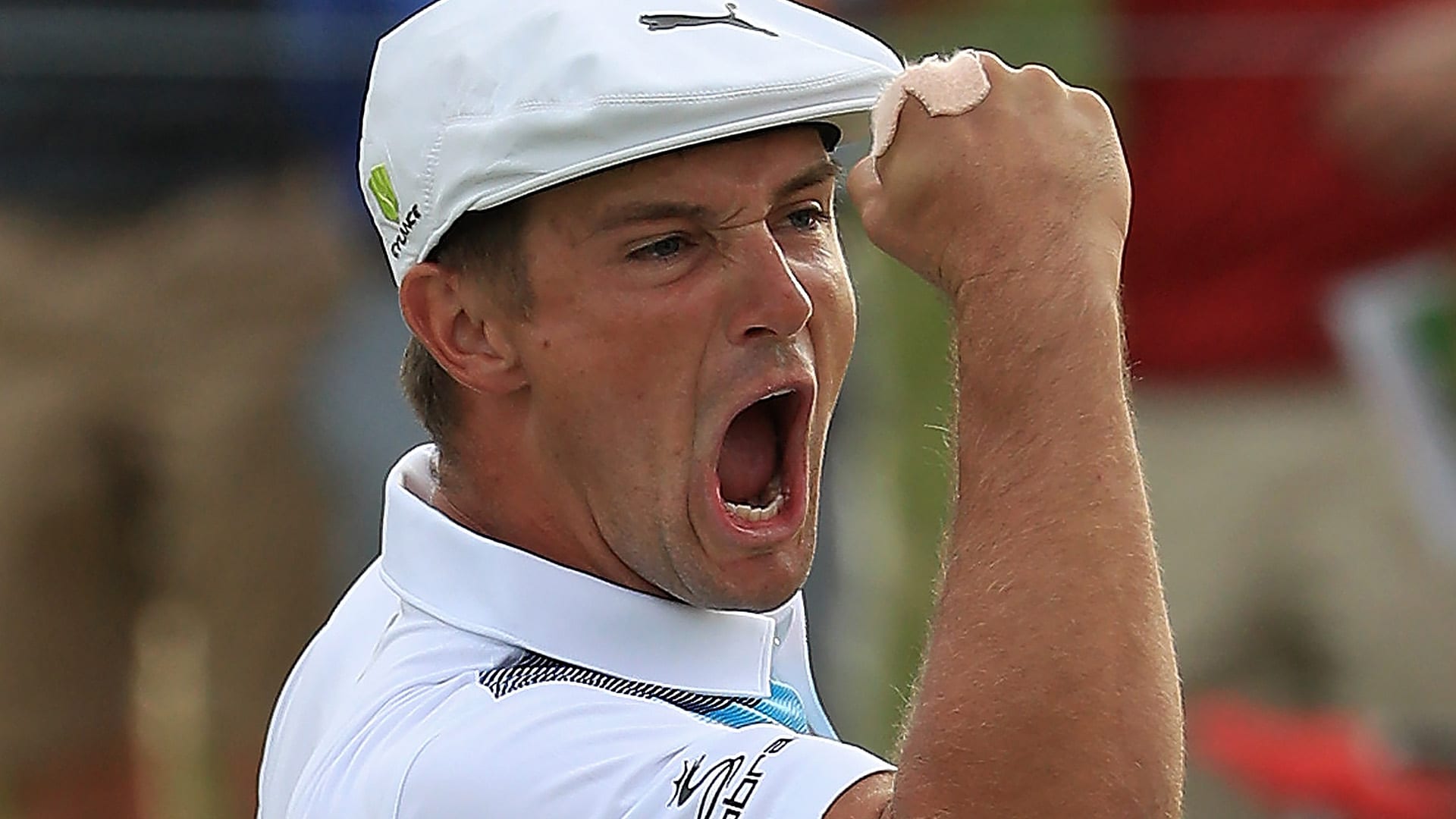 We’ve never seen anything like him in the sport. His scientific approach, his affinity for biomechanics and physics, makes him a fascination. His fiery temperament, on display in that wild driving range meltdown once captured on video, shows he has a drive that isn’t entirely governed by his brain. His slow-play controversies add to the intriguing makeup of an otherwise-quite-likeable young star. 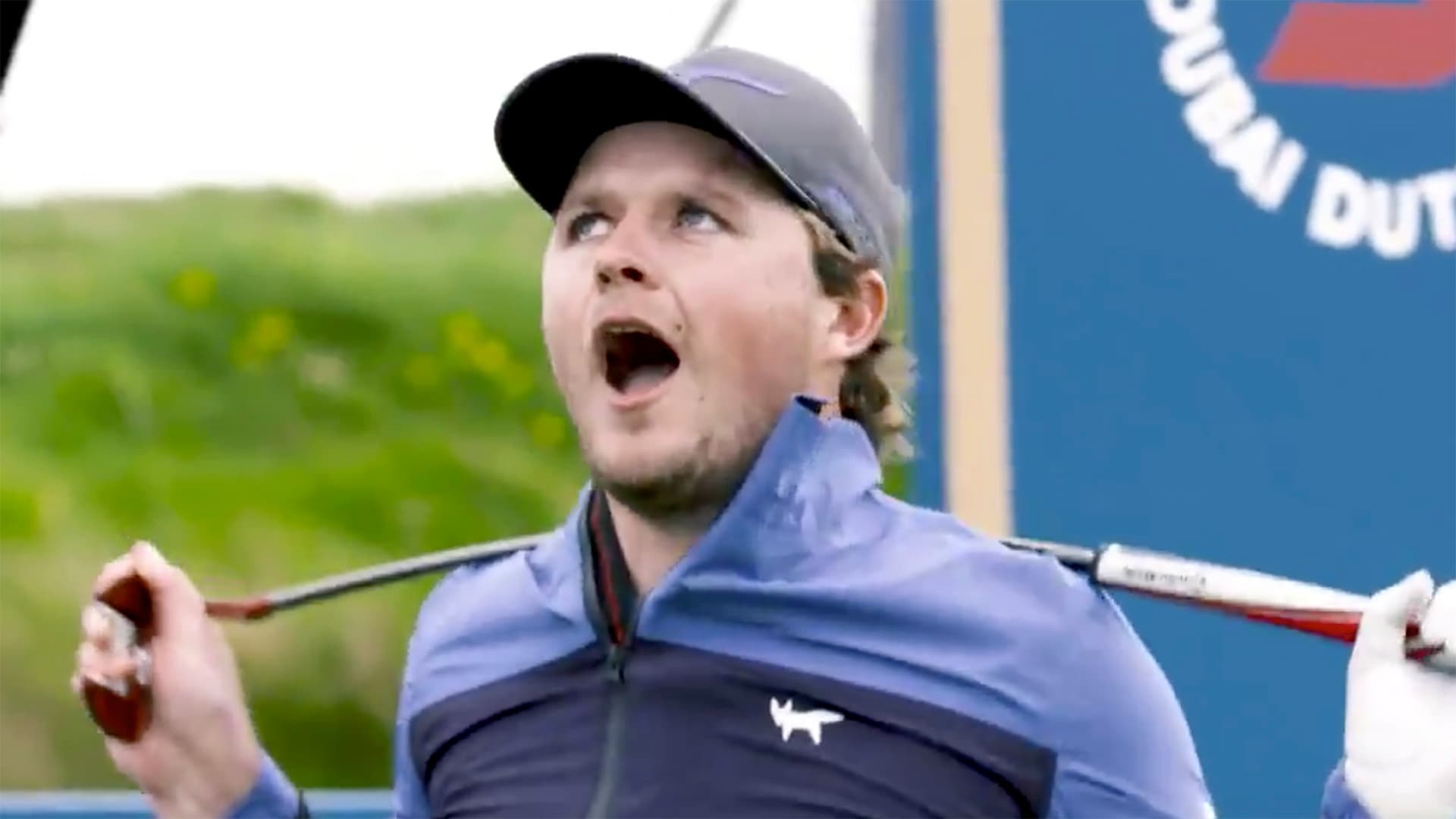 There’s a little James Dean in Pepperell, a mostly lovable rebel in golf cleats. He shares his joy and his angst in the game in colorful detail, both on and off Twitter. He probably shares more than tour folks would like, but that’s what adds to his appeal. After getting into contention at The Open with a final-round 67 last year, he made a confession about what he overcame to post that score. “I was a little hungover,” he said. “I won’t lie. I had too much to drink last night.” 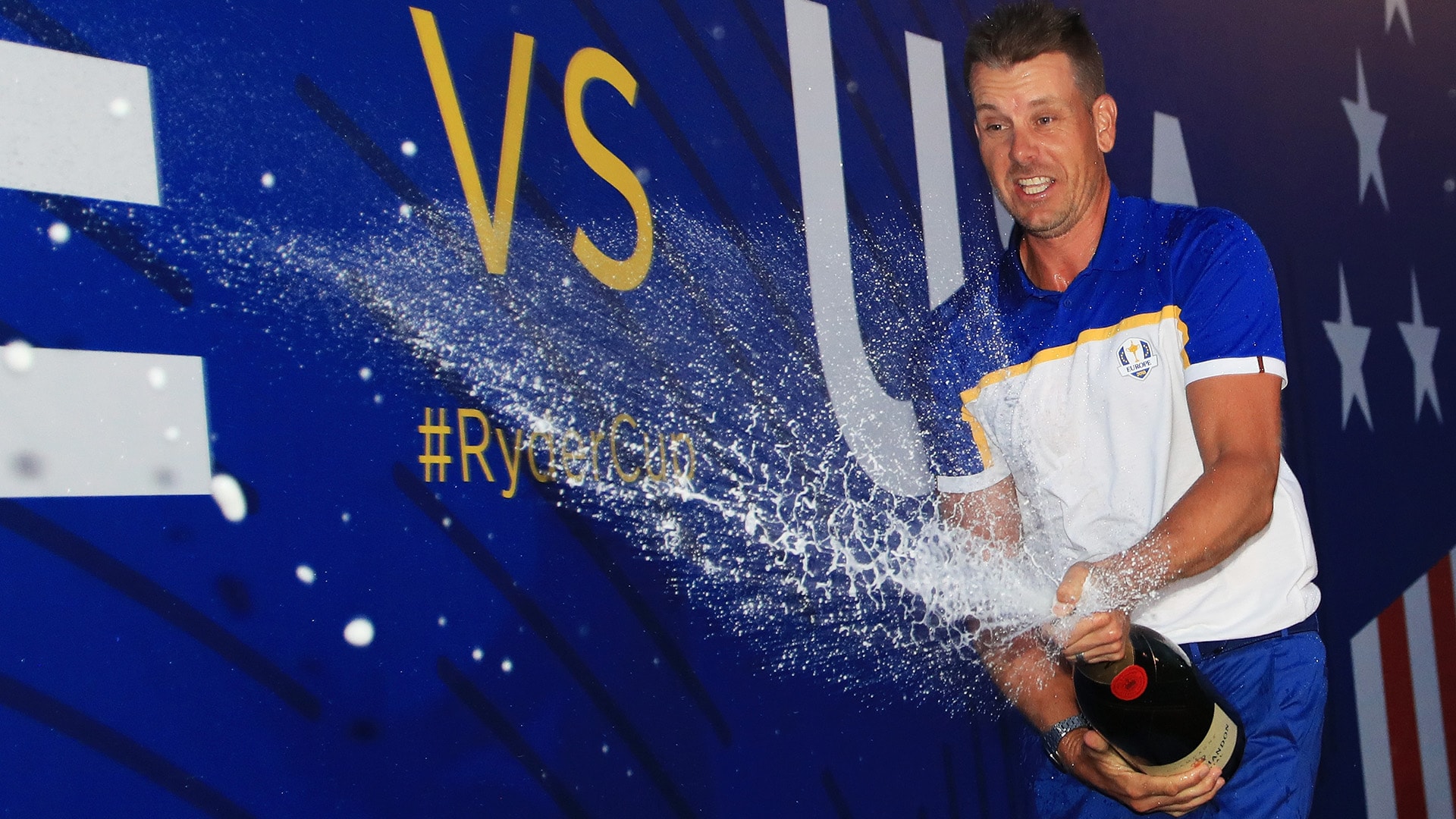 The Swede has some serious skills, and he’s one of the funniest players in the game. Whether he’s disrobing to his underwear to play a shot out of mud or interviewing himself in a comedy bit for network TV folks, Stenson has gifts that go well beyond his major championship resume. 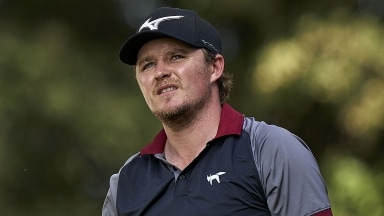