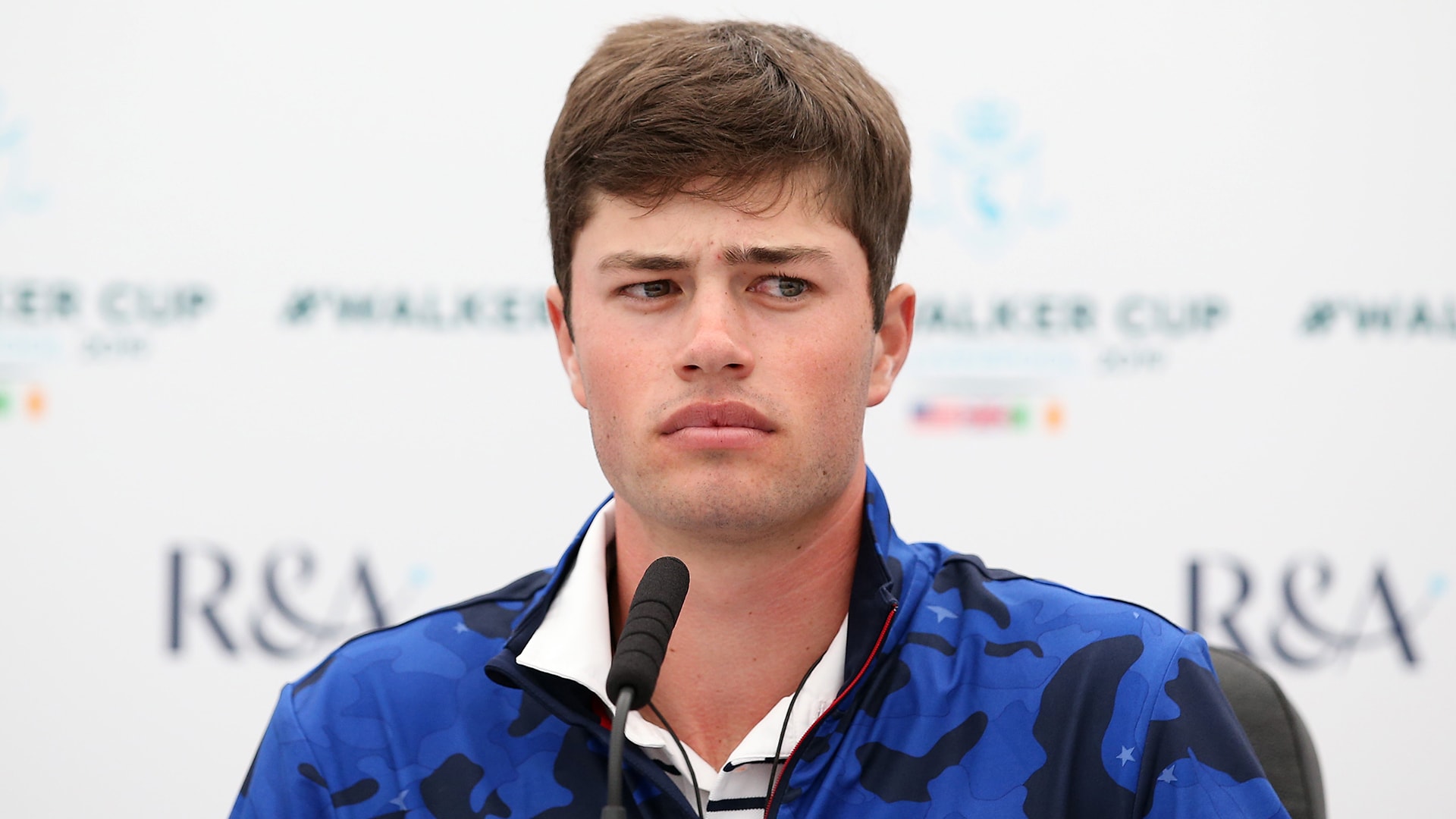 GolfChannel.com caught up with Texas sophomore Cole Hammer, and we literally asked him anything:

GC: Have you picked up any hobbies during the coronavirus pandemic?

Hammer: “I’ve had a guitar since I was 10, and I thought about trying to finally learn how to play it, and I watched one intro video, and as soon as I watched it, I’m like, ‘Yeah, I don’t have enough patience for this.’”

GC: If you could dis-invent one thing, what would it be?

Hammer: “The phone. It eats up so much of our lives. I deleted Instagram a month ago, but this [interview] drug me back on. How does that make you feel?”

GC: Have you ever gotten in trouble on the golf course?

Hammer: “Not in a tournament, but I was practicing at Houston Country Club when I was a freshman in high school. I was hitting behind the rope on the range because the grass was better. One of the pros wasn’t very happy with me.”

GC: What’s the worst food in the world?

Hammer: “A lot of people aren’t going to agree with me here, but I hate cheese. I just can’t stand cheese.”

GC: If you had to stockpile one thing because you found out it wasn’t going to be made anymore, what would it be?

Hammer: “My Ping wedges, the Glide 2.0s. They’re like three or four generations old now. I’d have a bin full of them.”

GC: I understand you host Bachelor watch parties at your place. So, Hannah Ann or Madi?

Hammer: “We have some pretty exclusive Bachelor watch parties. [Teammate and roommate] Pierceson [Coody] was ready to sit on the couch every Monday night, ready to crank it out. But Madi, 100%. Absolute dream girl. The southern accent gets me sometimes. Her faith is super cool. She has some mad handling skills on the court, too.”

Hammer: “Driving? I know I’m biased because they are on my team, but either Travis Vick or Pierceson Coody. Approach is Kevin Yu. His long irons make a noise that nobody else’s make, especially not mine. Short game: Walker Lee. We’ve grown up together and he’ll put himself in some difficult positions and get up and down every time. Putting: Philip Barbaree. And I’ll go with John Augenstein’s mental game.”