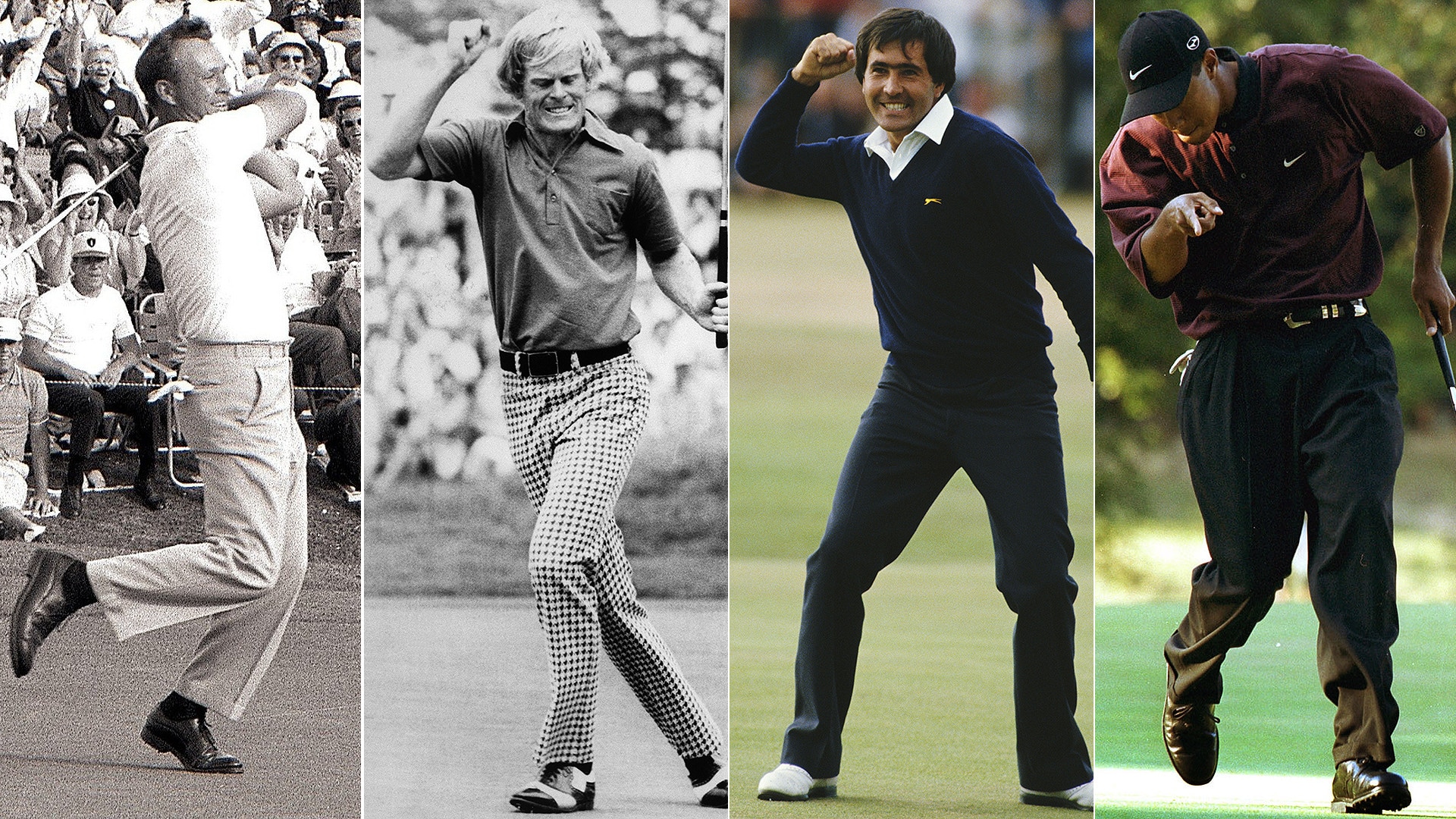 The 148th Open Championship was the 40th and final major contested in the decade of the 2010s. GolfChannel.com writer Will Gray ranked the best majors over the last 10 years, prior to Lowry's Open domination, and we are going a little deeper here.

Below is a look at the winner of every major from each decade, beginning with the 1960s. GolfChannel.com writers, editors and feature producers surveyed those results and then ranked the decades for each major.

Were the 1960s better than the 1980s at Augusta National? Where do the 2010s rank for each of the four majors? First, take a look at all the major champs, year by year, decade by decade. Then look at our ranking results.

Why: This vote wasn't close as the 1960s earned a full first-place sweep in the voting. While there were only six different winners of the tournament, the back-and-forth between Jack Nicklaus and Arnold Palmer defined the Masters as we know it. Interestingly, every player who won a green jacket in the '90s is currently in the World Golf Hall of Fame.

Why: The PGA voting varied the most but, the 2000s reigned. It was the most recent decade, of all the majors, to earn first place and has Tiger Woods to thank for its position. Woods won three Wanamaker Trophies in the decade and prevailed in, arguably, the most dramatic event (2000) in championship history. The 1970s was a close second, producing champions such of Nicklaus (3), Gary Player, Lee Trevino, Lanny Wadkins and Dave Stockton (2).

Why: Palmer's comeback, Palmer's collapse, the emergence of Nicklaus, Ken Venturi's agonizing triumph. The 1960s ruled among the U.S. Open decades. It was a near-unanimous pick for No. 1, with the '70s barely edging out the aughts for second.

Why: Not only did the '70s rank first among the Open decades, it was the pick among the panel as the greatest decade of all the majors, from 1960-2019. Nicklaus wins twice at St. Andrews; Trevino goes back-to-back; Tom Watson wins his first two of five claret jugs; not to mention Tom Weiskopf, Gary Player and Johnny Miller winning. The decade also closed with the beginning of the Seve Ballesteros era.