The men’s and women’s U.S. Amateur Public Links will not be played after 2014, and our team of GolfChannel.com writers have already weighed in on the decision.

Now, a few prominent pros and amateurs have taken to Twitter to voice their opinion.

Check it out below:

Ok, so lemme get this straight, you're adding 4 ball(cool) but getting rid of the championship for which your organization stands. #publinks

@usga makes another bad decision by getting rid of the US Pub Links. Keep it going guys. See what else you can ruin.

The Pub Links made no sense in today's world. Served its purpose decades ago, then became controversial as to who can play.

Really sorry to hear that the public links will be cancelled in 2014.It's a great tournament for game. Very surprised. Replaced by 4ball?

Usga dumps the Publinx. I hope every public course golfers stops joining the usga. How many guys grew up on public courses on USGA board?

@usga congrats. You guys are on fire. First the anchored putter. Now the Publinx. What next? When are you guys building the USGA Private CC?

Sad to see USAPL go away. I grew up playing on public courses and playing the event and thought it was a great championship. #4ball? 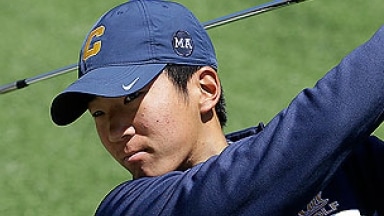