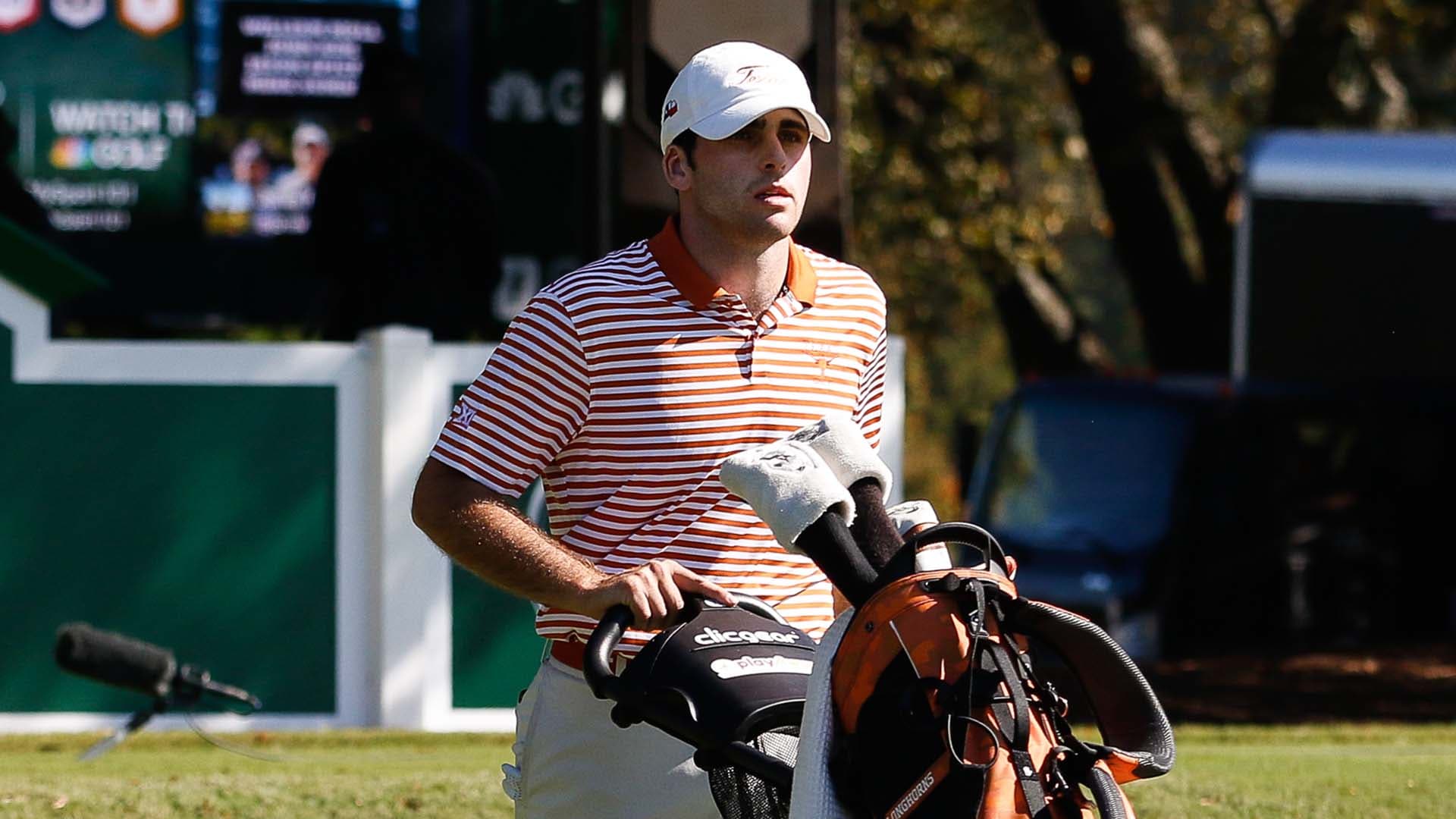 ATLANTA – Spencer Soosman hasn’t always been the best at handling pressure, and Tuesday at the East Lake Cup, the Texas senior faced another one of those nerve-racking moments.

Soosman stood about 90 yards from the pin on East Lake’s par-5 18th hole, the 22nd in his semifinal match against Vanderbilt freshman William Moll. Texas already had two points on the board and star sophomore Cole Hammer leading in the anchor match, but Soosman had the opportunity to earn the clinching point and send the Longhorns to the final.

Since arriving at Texas, Soosman has dreamed of big-time accolades – and for the most part, he’s fallen short while many of his peers have ascended to college golf’s highest ranks.

“He’s an accomplished collegiate golfer, but to this point he hasn’t had the kind of career that he thinks he should have,” Fields said. “We’ve all been waiting for him to bust out.”

On Tuesday, the Soos got loose and offered a glimpse into his potential. Moments after Fields’ challenge, Soosman’s ball landed a few feet in front of the hole, checked and spun back to 6 feet. Soosman then calmly sunk the birdie putt to put the deciding point on the board in Texas’ 4-0-1 win.

“That was a little bit of a statement for him,” Fields said.

It’s certainly been a long and arduous road to this point for the Westlake Village, California, native. As a junior, Soosman played on the same high school team with future All-Americans Matthew Wolff and Sean Crocker, and he himself entered college as a highly rated recruit.

But he transferred to Austin from UCLA midway through his freshman year and struggled to adapt to life in the Lonestar State. The courses were different. The schoolwork was more demanding. The competition for playing time was increasingly difficult.

“It’s always been hard for me since I’ve been at Texas,” Soosman said. “Nothing’s been easy. School’s been hard, just being there, living life, playing golf, learning. It’s all just been hard.”

Soosman didn’t play horribly in his first three seasons; he earned spots in three NCAA Championship lineups for the Longhorns. But internally, he was falling way short of the expectations he had put on himself – and those he felt others were placing on him.

Those feelings came to a head last season. Soosman’s mentors, Doug Ghim and Scottie Scheffler, graduated, leaving Soosman to feel “lost” and without anyone to push him. The stress level was heightened by school, including his demanding business minor. He was left home twice in the fall and soon began to worry more about qualifiers than tournaments.

He notched just three top-25s in 11 starts and ended the spring by going 0-3 in NCAA match play as Texas fell in the final to Stanford.

“I wanted it so bad [to be great] and tried to change so many things that I forgot to just play and be Spencer,” Soosman said. “It’s always unfortunate to let people down. The way I played last year is not nearly how good I am.”

Added Fields: “We all wanted him to perform at a high level, and he wasn’t quite ready to do that. But he got to be around great players, so he’s seen what these guys can do, and his vision and his dreams are such that he ought to be able to do those things too.”

Soosman arrived this fall with one last chance to achieve his lofty goals. Yet he was welcomed by an even younger, deeper and more-talented Texas squad, which added top recruit Travis Vick to go along with Hammer, twins Pierceson and Parker Coody, and a much-improved Christoffer Bring (freshmen Mason Nome and Will Thomson have also competed in events this fall).

He didn’t play in the season opener, a byproduct of losing in a U.S. Amateur qualifier playoff, and failed to make the trip for last week’s Tavistock Collegiate, shooting 78 in a qualifier around studying for a finance test and writing two midterm essays.

But unlike last season, Soosman has made more of an effort to not let the pressure get to him. He got his first chance of the season at the Nike Collegiate, leading the team with a T-15 finish, and followed that performance by going 3-1-1 at the Big 12 Match Play. While his team was in Orlando last week, Soosman posted an Instagram post with a caption that read: "Man on a mission." Despite a next-to-last finish in Monday's stroke-play round, the mission continued Tuesday as Soosman downed Moll in an extra-hole thriller.

Texas will face Oklahoma State in Wednesday’s final in what will be a rematch of last season’s NCAA semifinal, won by Texas. Soosman will get Cowboys freshman Hazen Newman.

Fields is crossing his fingers for more moments like Tuesday. He knows Soosman's best golf has a place in his starting five; the question has always been whether he'll consistently get it.

“I’m praying that Spencer busts out next semester,” Fields said. “He’s capable of winning; he just hasn’t done it yet.”

Soosman hopes to follow an All-American-caliber spring by turning professionally next summer and is eager for any exemptions he can get. He knows it won’t be easy, so he plans to play Mackenzie Tour Q-School and compete in the Patriot All-America over the winter break for the chance to play a Korn Ferry Tour event.

“You know, being at a school like Texas, it's opened up some other doors, but it’s always been my dream to play professionally for a living,” Soosman said. “I love golf so much.”

Even if golf – with its ever-constant pressures – hasn’t always seemed to love him back.