Bryson DeChambeau, Brooks Koepka to square off in latest 'The Match' in Las Vegas 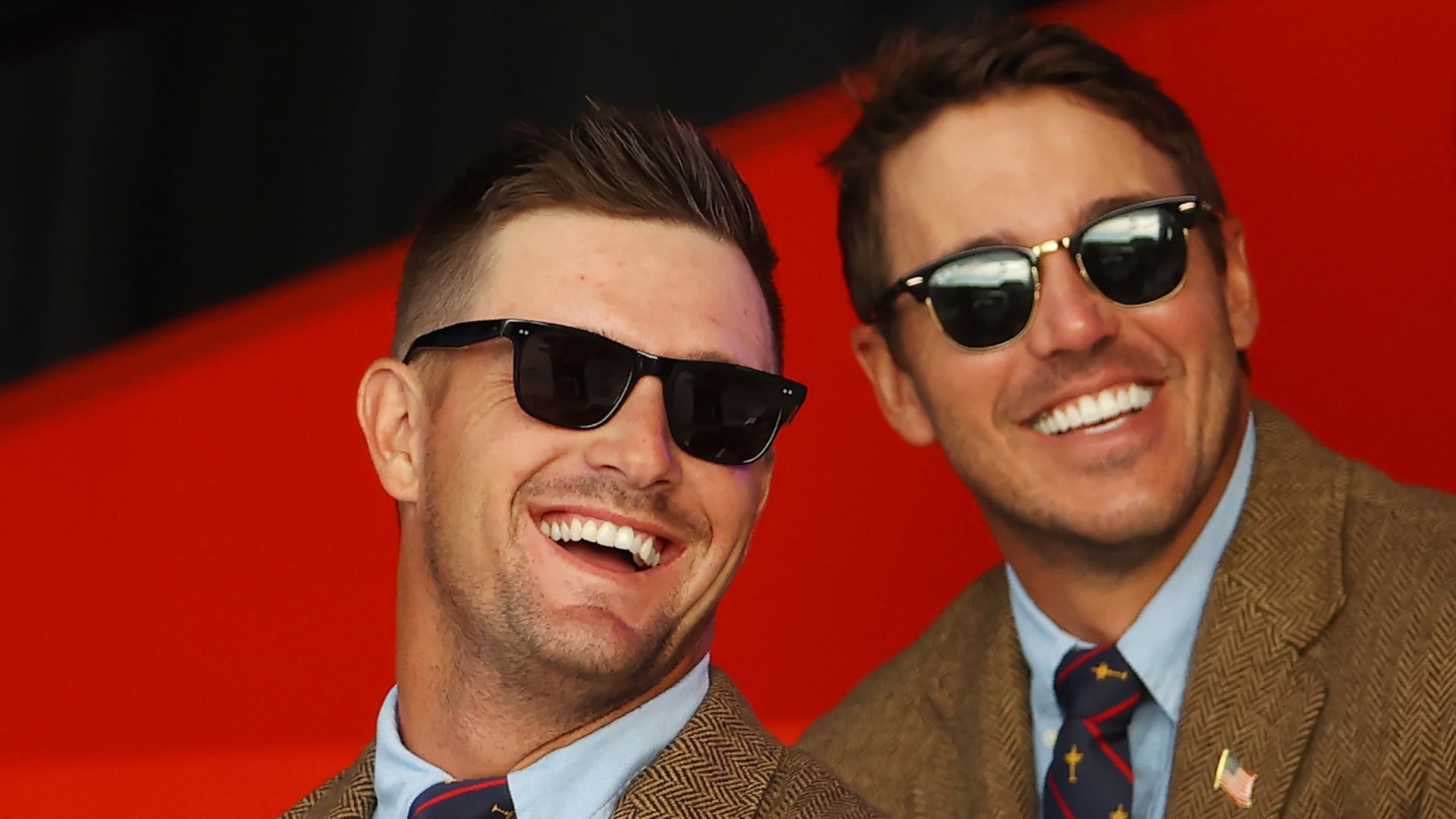 Bryson DeChambeau and Brooks Koepka may have already settled their beef two weeks ago at the Ryder Cup, but for good measure, the two will square off in Las Vegas the day after Thanksgiving.

First reported by Golf.com, which has a content deal with DeChambeau, the Nov. 26 match will be contested over 12 holes at Wynn Golf Club, the ritzy Tom Fazio designed which reopened in 2019. It will be the fifth iteration of “Capital One's The Match,” a Turner Sports production that debuted with Tiger Woods vs. Phil Mickelson at Las Vegas’ famed Shadow Creek the day after Thanksgiving 2018.

DeChambeau vs. Koepka, which will air on TNT at 4 p.m. ET (and simulcast on TBS, truTV and HLN), will be the first one-on-one matchup since the Tiger-Phil bout, as past matches have included the likes of Tom Brady, Peyton Manning, Aaron Rodgers and Charles Barkley. Koepka has never participated before, but DeChambeau teamed with Rodgers this past summer to beat Mickelson and Brady in Montana.

According to Golf.com, an official announcement, including further details on format and stakes, is expected later this week.

The feud between DeChambeau and Koepka, which began in 2019, reached new heights earlier this year when a viral video of an unaired Golf Channel interview showed Koepka visibly disgusted at a passing-by DeChambeau. The video sparked a Twitter spat between the two players, though DeChambeau eventually got the tougher end of the deal as spectators at Tour events began taunting him with chants of “Brooksy!”

Koepka instigated such chants early on, offering the hecklers free beer if they got kicked out of tournaments, and the chatter ramped up when DeChambeau was in contention in both Memphis and Baltimore, but the Tour later stepped in, as commissioner Jay Monahan revealed at the Tour Championship that any “Brooksy” chants would be deemed unsportsmanlike fan conduct and grounds for dismissal from events.

However, any past beef appeared to be water under the bridge last month in Wisconsin, as Koepka and DeChambeau played nice while helping the Americans to a record-breaking 19-9 win at Whistling Straits. The two stars even hugged multiple times after the victory, including at the winner’s press conference while their teammates sang and cheered.