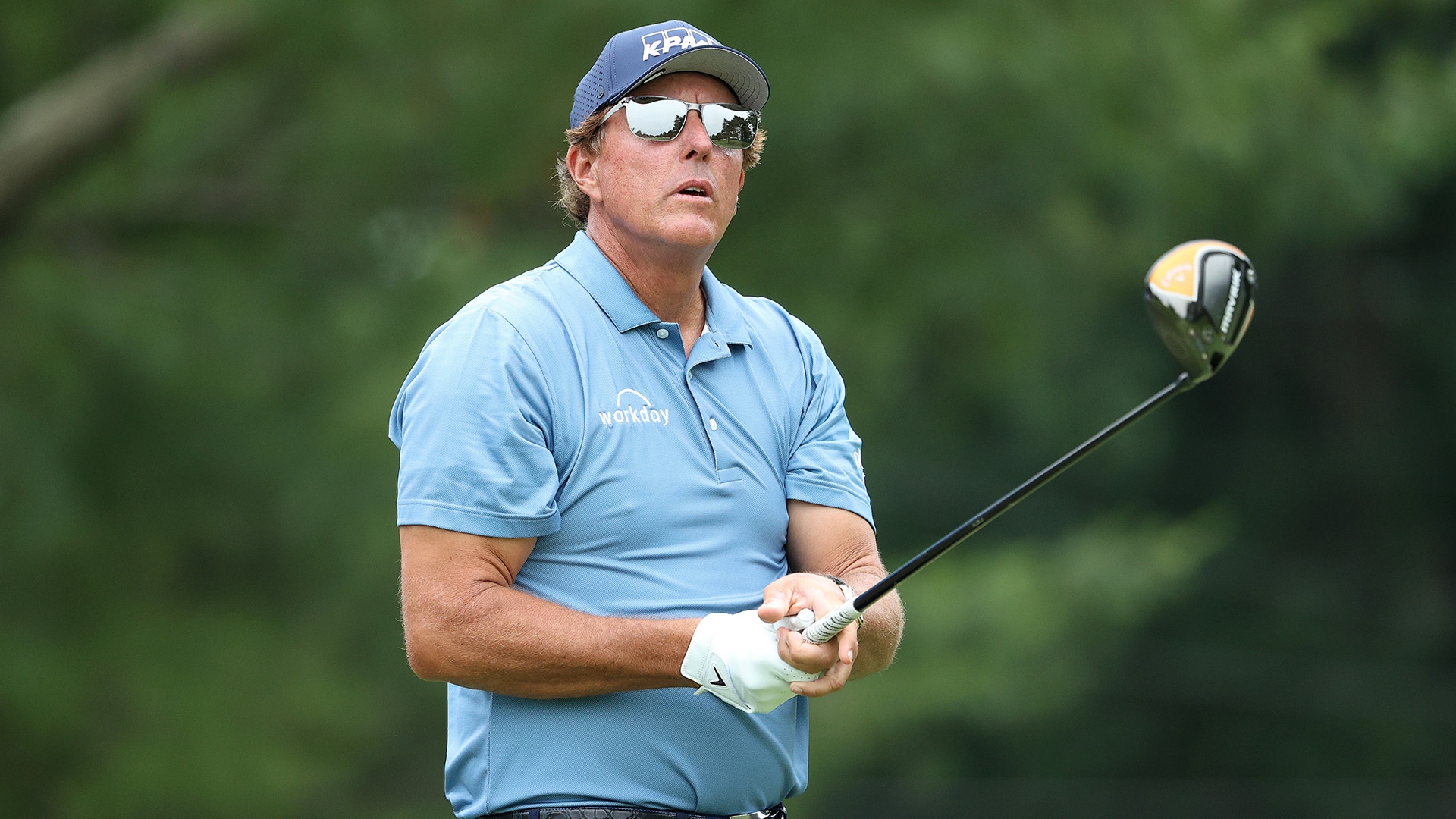 Despite a disappointing third-round 71 at the Travelers Championship, Phil Mickelson made news Saturday, apparently filing to trademark the phrase "Hit Bombs."

That said, he's nonetheless generating headlines with an apparent move to trademark the phrase: "Hit Bombs."

Despite turning 50 last week, Mickelson is just as long as he's ever been in his career, averaging 301.4 yards off the tee this season.

"Hit Bombs" has been a refrain for Mickelson in the last year, as he's increasingly taken to social media.

The trademark application lists "Golf shirts, shirts, golf caps, and hats" next to a "Goods and Services" line.

Mickelson debuted his own logo back in 2017, playing off his victory celebration from the 2004 Masters, his first major win.

In his first start of 2017, Phil Mickelson debuted a new look ... but you had to look really close to notice it.