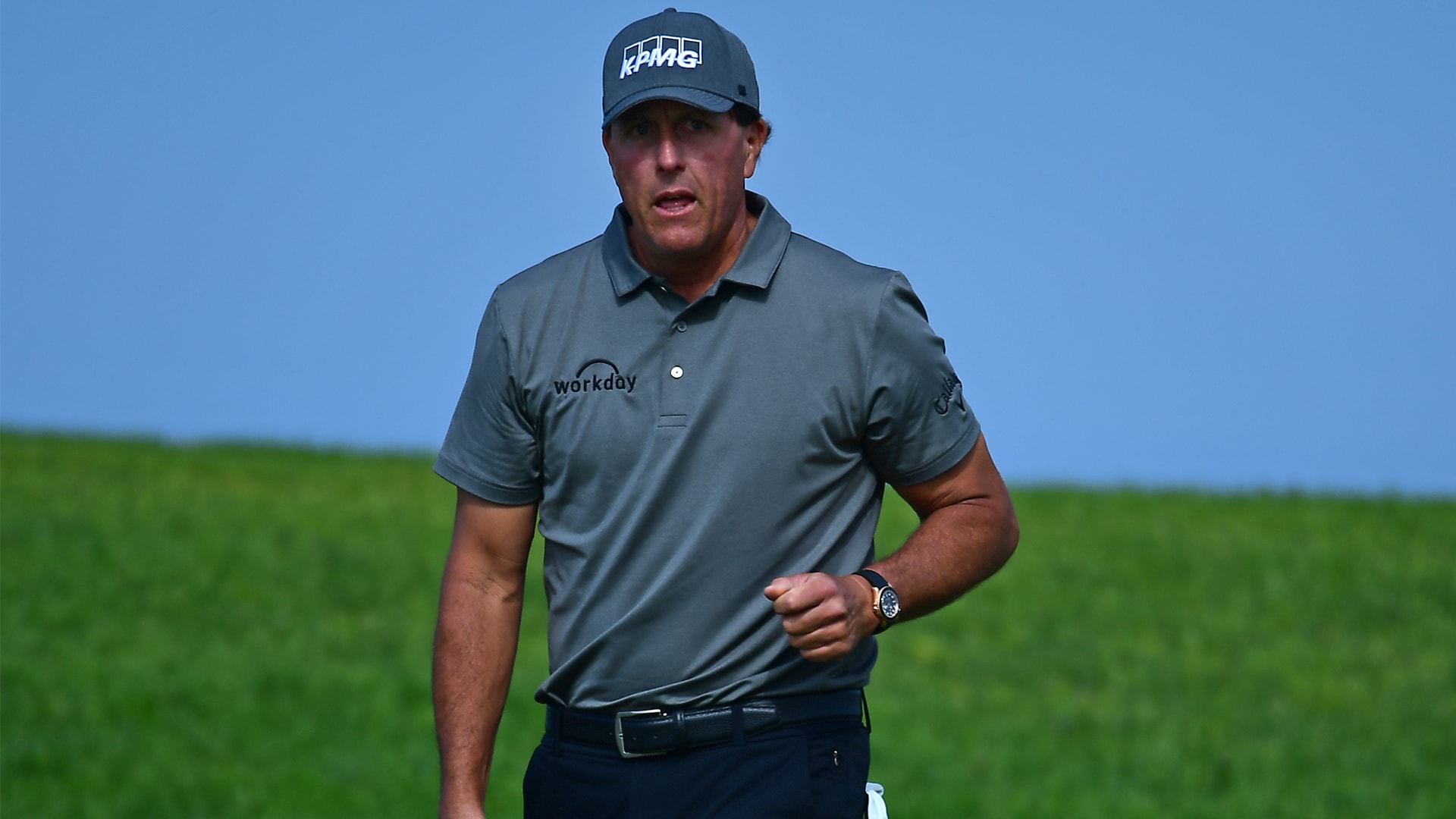 SAN DIEGO – At least one top player is “intrigued” by the idea of a potential alternative tour that appears to be gaining momentum.

According to a report this week on GeoffShackelford.com, the Premier Golf League would feature 18 events and 48-player fields playing for $10 million purses. The league’s first season could begin in 2022 or ’23.

“I'm curious, but I don't know enough to talk about it,'' Phil Mickelson told several reporters after missing the cut at the Farmers Insurance Open. “I'm listening to it. I think it's intriguing, but I just don't know enough about it to comment publicly. I hope to learn more.”

The new league was a topic at this week’s player meeting at Torrey Pines according to various sources, and it remains to be seen how the PGA Tour and European Tour would react to the potential challenge. Under Tour rules, players would be limited in how many “competing” events they are allowed to play and it seems unlikely they would change those rules to accommodate a new league.

According to a statement from the PGA Tour: “We have not met with [the Premier Golf League], and as a matter of practice, we don’t comment on the business of other tours, real or hypothetical. We’re focused on our business.”

European Tour chief Keith Pelley told the PA News Agency, “I think they've been trying to move forward for eight years, but I can't comment on other tours. I wouldn't comment on the business of the PGA Tour or certainly one that is not real.”

The Premier Golf League released a second statement in as many days Saturday outlining the plan for the tour. According to the statement the tour would be “an individual and team league” with 12 teams of four players vying for a world championship.

Ten of the tour's 18 events will be played in the U.S. and the tournaments will be 54 holes with no cut. According to the statement “if you want the world to watch you have to showcase your best product, week-in-week-out. Golf doesn’t do that currently.”

It remains to be seen if the top players would participate in the league but organizers are confident the financial rewards – $10 million purses as well as a $10 million bonus for the individual champion and a $40 million team purse – would be a compelling incentive.

Mark Steinberg of Excel Sports, whose clients include Tiger Woods, was asked about the league in November and told GeoffShackelford.com, “It seems to resurface at different times” and “like anything else you have to listen to everyone and all options.”