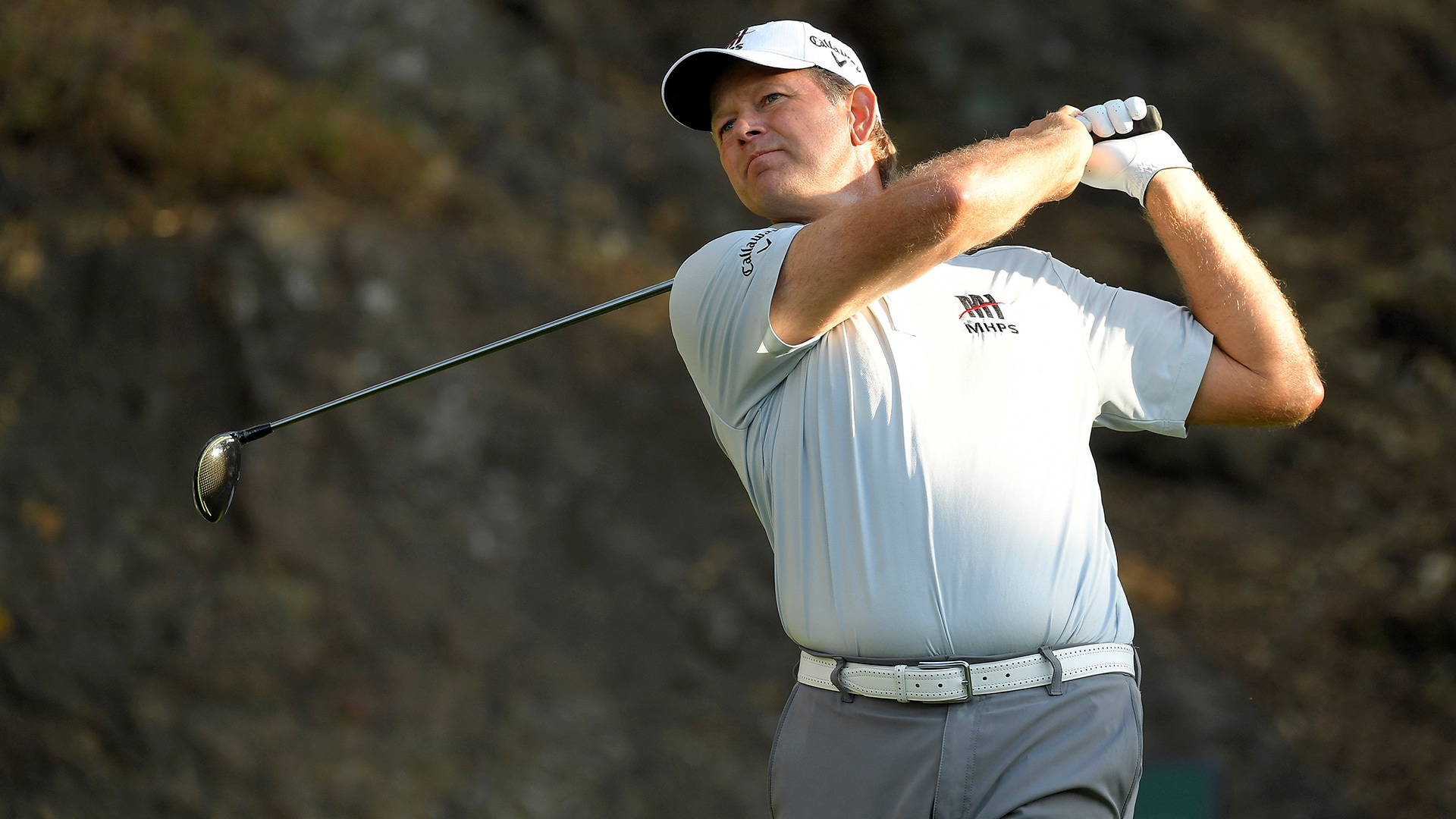 LA’UPULEHU-KONA, Hawaii — Retief Goosen birdied 10 of the first 14 holes in a 10-under 62 to take the first-round lead Thursday in the Mitsubishi Electric Championship at Hualalai.

Darren Clarke was second after a 63, and Scott Parel and Jerry Kelly shot 64.

The tournament is the first of the year, but the season is a continuation from last year because of the COVID-19 pandemic that shut down the tour for four months. It is being played for the 25th straight season at Hualalai Golf Course, the longest run a venue in PGA Tour Champions history.

Goosen was asked about the key to round.

“The putter,” the two-time U.S. Open champion from South Africa said. “You shoot 10 under, you make everything and that’s what happened today. I saw the greens yesterday in the pro-am, I made nine birdies and today I made 10 birdies. So, I’m seeing the lines very well on the greens at the moment and the putter’s working.”

He won his lone senior title in 2019 in the major Senior Players Championship.

Clarke hit all 18 greens in regulation.

“Well, I played nicely again today,” Clarke said. “I don’t know how I’m going to play the next couple of days, but it’s nice to open the season on the Champions Tour with 63. Anytime you shoot 63, it’s good, but to do it at the start of the year is especially nice.”

K.J. Choi and Kevin Sutherland shot 66. Sutherland, coming off a victory Nov. 9 in Phoenix in the Charles Schwab Championship, cooled off after playing the first six holes in 5 under.

Charles Schwab Cup leader Bernhard Langer had a 68. The 63-year-old German star is a three-time winner of the tournament.

Jim Furyk also opened with a 68.