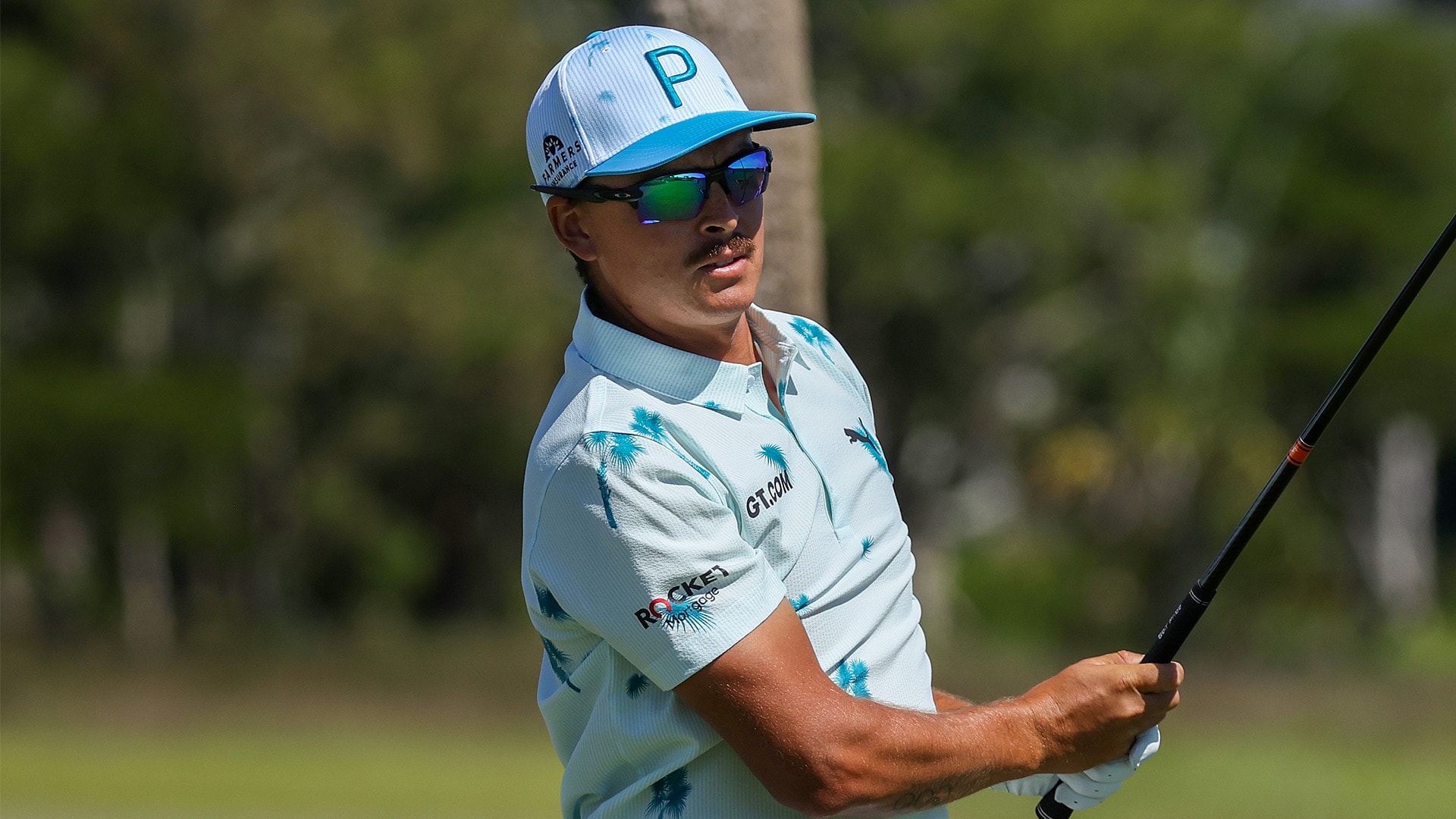 KIAWAH ISLAND, S.C. – For longer than he’d probably care to admit, Rickie Fowler has suffered under an intense spotlight.

Unlike other players with lower Q ratings, all of Fowler’s warts are exposed and analyzed. However, through it all, he’s toiled away looking for answers and a silver lining.

“I just need a few putts to drop,” he offered with an easy smile earlier this week at Kiawah Island.

While swing coach John Tillery has suffered a disproportionate amount of criticism as Fowler’s swoon has exceeded two calendars, the 32-year-old will tell you it’s not the swing that’s been holding him back. Instead, it’s been a putting stroke that until recently had always been there for him.

“That's been a club I've been able to rely on through my career from junior golf on up,” he said Thursday at the PGA Championship.

Imagine his surprise then when he was told that he’d picked up 1.2 shots on the field in strokes gained: putting on Day 1 at the Ocean Course. “Sweet. That's good for me right now,” he smiled.

If he’s being honest, any progress on the greens would be sweet. That it came at a major championship on windblown greens on his way to a 1-under 71 –four off the Day 1 lead – was reason to celebrate and there haven’t been many opportunities to do that on or off the PGA Tour in recent months.

Like many of the South Florida-based players, Fowler spends his days away from the Tour playing money games against the world’s best at exclusive clubs But it’s his regular games against the most competitive and high-profile 5-handicap that might have been the most humbling.

“I think not having to hand out any money to MJ has been probably the bigger wins because of how The Grove sets up for him, where he's able to press,” Fowler explained. “If I'm able to win the original match and not have him flip the original match because of the press or multiple presses – if I don't lose money to him, that's actually a win.”

“MJ” would be Michael Jordan, who built his own course in South Florida, The Grove XXIII, for just this type of high-octane competition infused with a healthy dose of trash talking.

“He’s not quiet,” Fowler said when asked of Jordan’s demeanor on the course. He also explained that those matches against Jordan have been what he’s needed in recent months as he’s searched for whatever part of his game has been missing.

“When I say I give him 10 shots, he's good. A lot of the guys in the shop, there's side bets and stuff, typically his over/under number 77,” Fowler said. “I was 7 under through 17 holes and lost. Thanks for coming.”

He didn’t get close to 7 under on an Ocean Course that played as expected with relentless winds and greens that are getting more firm and fast with each gust. But his 71 was nearly 3 ½ shots better than the early field average and left him two shots off the lead.

For Fowler, who needed a special invitation from the PGA of America to play in this week’s championship, it’s another step in a process that has been understandably lonely. While the world has watched him struggle, the work to turn things around has quietly continued.

“It's tough for anybody regardless, spotlight or not, because you deal with the personal and mental struggle on your own,” said Fowler, whose last top-10 finish was in January 2020. “When you're going through anything, whether it be something personal with any of your lives or my golf game or whatever it may be, it's hard. It doesn't matter whether people are watching or not, but it adds a little bit if they are.”

That spotlight will persist, although rounds like Thursday’s offer a much-needed glimmer of hope. However, dealing with intense pressure, as well as a good amount of trash-talking, is something Fowler is accustomed to thanks to “MJ.”