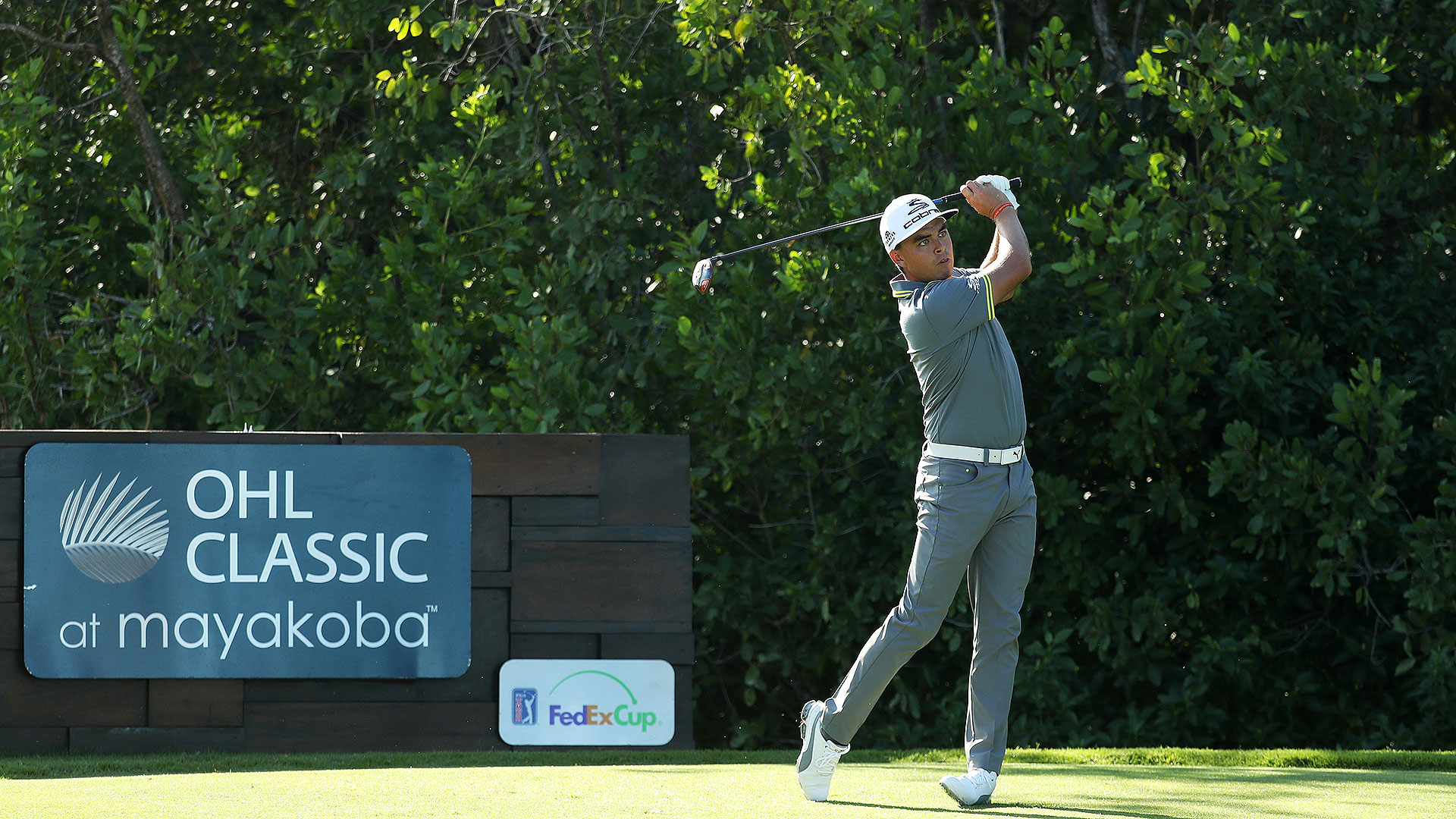 A little bit of rest proved to be no problem for Rickie Fowler at the OHL Classic at Mayakoba.

Making his first competitive start since the Presidents Cup, Fowler barely broke a sweat on the El Camaleon course en route to shooting a bogey-free, 6-under 65 in the opening round. It left him alone in second place when he signed his card, three shots behind early leader Patton Kizzire.

Fowler was one of the few top-ranked players to skip all three Asian events last month, opting instead to make his tournament debut in Mexico this week. He told reporters on Wednesday that his goal was to create a true off-season amid a crowded golf calendar that often features few respites for the game's brightest stars.

"I mean, to be honest, I've had roughly a month off but I haven't had a whole lot of tim to think or even sit down," Fowler said. "Even though you get an offseason or take some time off, it's rare that we get to just sit down and do nothing and think."

Fowler explained that he has played only a handful of rounds since leaving Liberty National, but he showed little rust in his return. His scorecard featured two different stretches of three birdies in four holes, first on Nos. 13-16 and again on Nos. 5-8.

Fowler won the Honda Classic in February, the highlight of a season that also included nine other top-10 finishes. He advanced to the Tour Championship but finished seventh in the final points race following a T-26 finish at East Lake in his most recent stroke-play start.