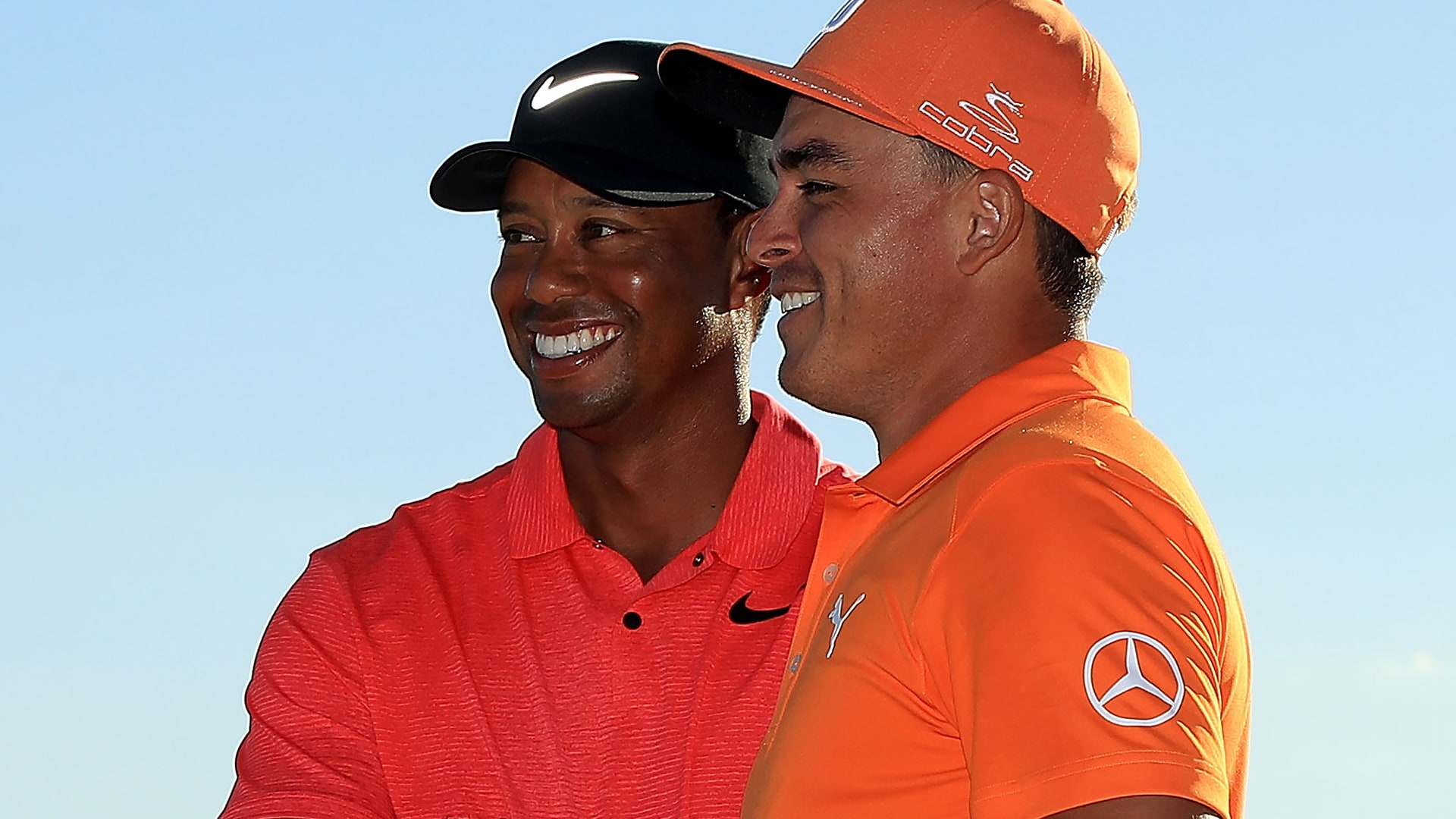 Fresh off his final-round 61 and his win at the Hero World Challenge in Albany, Rickie Fowler is up two spots in the Official World Golf Ranking to No. 7.

Fowler, who has ranked as high as fourth, had been as low as 14th in January of this year.

As Fowler attempts to claw his way up the top 10, the man who handed him his trophy on Sunday, Tiger Woods, started what he hopes will be a rapid ascent up the ranking.

Woods' tie for ninth in Bahamas vaulted him from 1,199th in the world to 668th, the product of the Hero's strength of field and Woods' low divisor.

While Woods is exempt into all four majors in 2018, he is not currently eligible for any of the season's three remaining World Golf Championships. He would need to re-enter the top 64 to make it to the Match Play and to crack the top 50 to play in Mexico or Akron.

Speaking of the top 50, those who make that cut-off at the end of this calendar year lock up invitations to the Masters in April. Brandt Snedeker is currently Mr. 50, followed by No. 51 Gary Woodland, No. 52 Ian Poulter, No. 53 Peter Uihlein, No. 54. Bill Haas and No. 55 Dylan Frittelli.