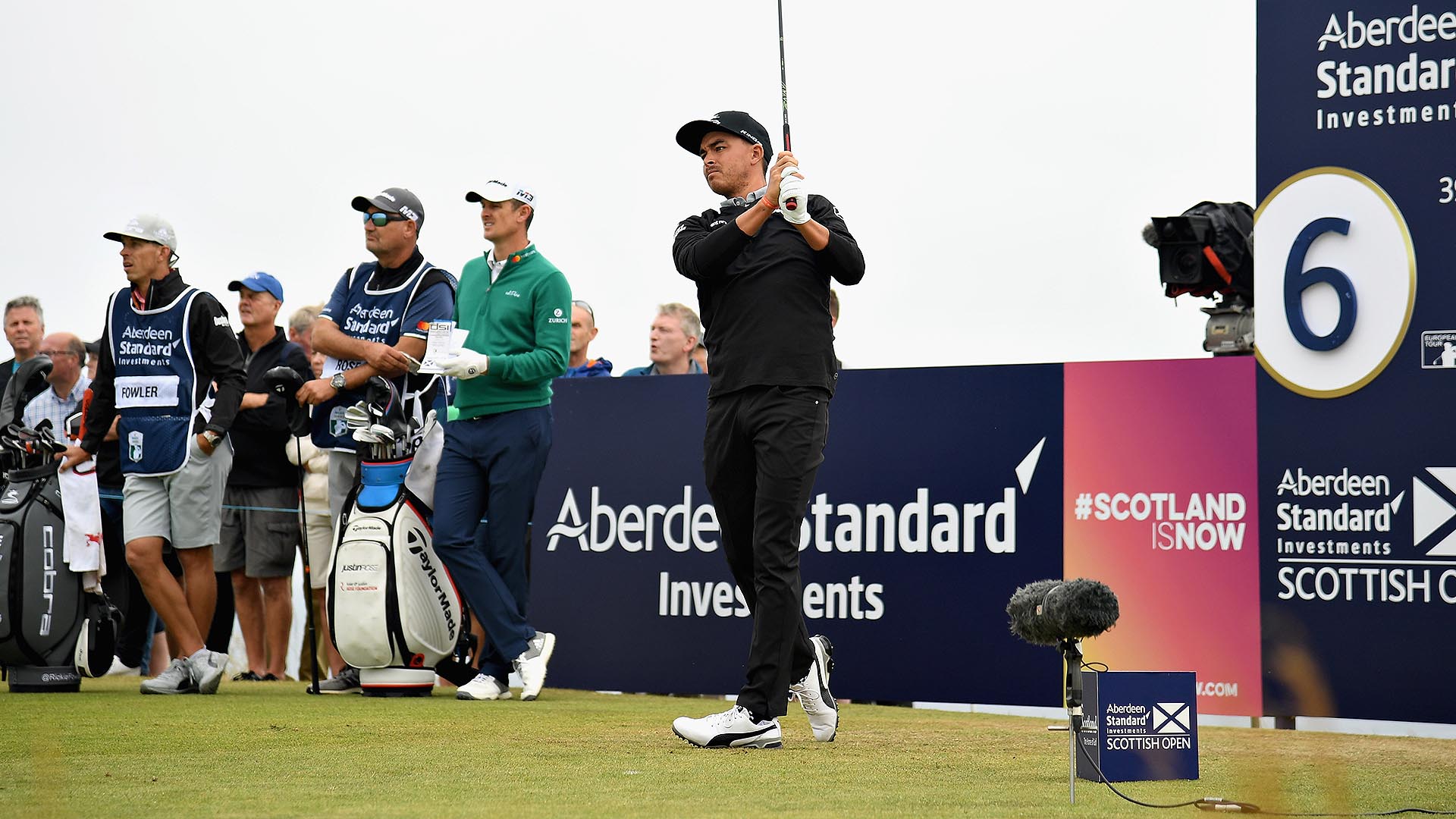 Fowler birdied the 72nd hole in 2015 to edge Matt Kuchar and Raphael Jacquelin en route to a victory at the Aberdeen Standard Investments Scottish Open, and Thursday upon his return to the course he picked up right where he left off, shooting a 6-under 64 to grab a share of the early tournament lead.

He was later passed by Luke List, who at 7 under par leads by one over Fowler, Jens Dantrop, Scott Fernandez, Robert Rock and Lee Westwood.

In five competitive rounds at Gullane, Fowler has yet to shoot above 68.

"I love links golf, being able to use your imagination and hit different shots," Fowler said. "It's just fun, especially when the wind starts to blow a little bit."

Fowler enters off four straight top-20 finishes on the PGA Tour, including a 12th-place showing at the Quicken Loans National two weeks ago. He got to Scotland several days ago, even sneaking in a round at nearby North Berwick on Monday, and that prep work apparently paid off during a round that included five birdies, one bogey and an eagle on the par-4 sixth hole.

Fowler has only played this event once since his 2015 win, tying for ninth last year at Dundonald, and his opening score left him tied with England's Robert Rock for the early clubhouse lead. Fowler got off to a fast start with three straight birdies on Nos. 2-4 and made the turn in 30, following his eagle on No. 6.

"I knew that getting off to a fast start, or at least taking advantage of the golf course early was going to be big," Fowler said. "Got a couple [of birdies] early on the back. Would have been nice to keep [the scorecard] clean ... but the back nine is definitely playing tougher."

Fowler's links golf acumen stretches beyond just this tournament, as he has missed the cut only once in eight appearances at The Open. That record includes a T-2 finish at Royal Liverpool in 2014, a T-5 finish at Royal St. George's in 2011 and a T-30 finish at St. Andrews in 2015 the week after he won at Gullane.