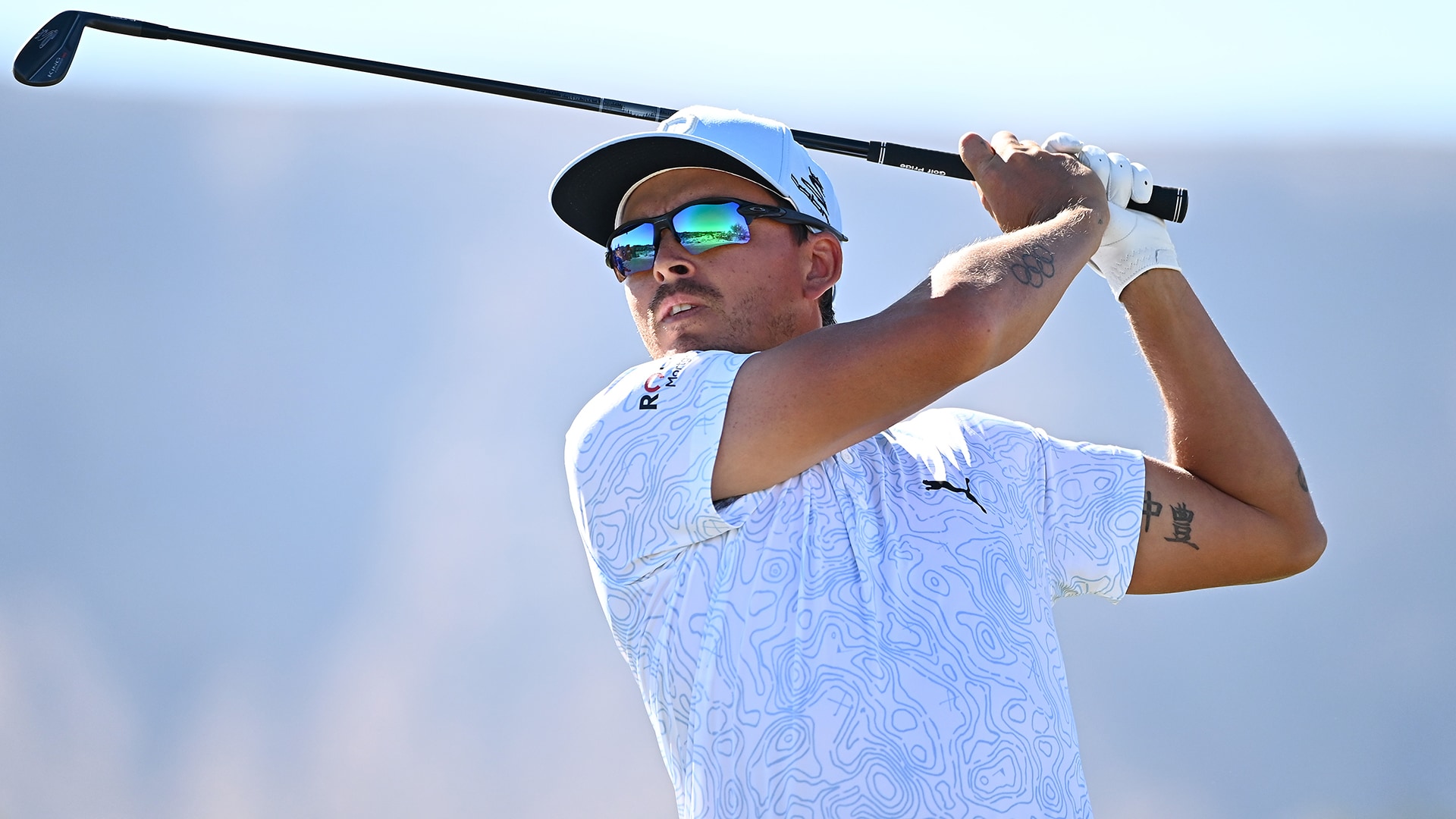 LAS VEGAS — Rickie Fowler returned to the spotlight Saturday in the foothills above Las Vegas with his best round in three years, a 9-under 63 that gave him a two-shot lead over Rory McIlroy going into the final round of the CJ Cup at Summit.

Fowler hasn’t had an opportunity this good since his last victory on the PGA Tour in the 2019 Waste Management Phoenix Open, and it doesn’t figure to be easy at The Summit Club with all the low scores it has been yielding.

McIlroy started the final round nine shots out of the lead, ran off five straight birdies on the front nine and then took care of the scoring holes, closing with a 7-iron into 20 feet for eagle on the par-5 18th hole for a 62.

Fowler, who has plunged to No. 128 in the world ranking, birdied three of his last five holes and was at 21-under 195.

“I haven’t been there a lot the last couple of years, so it’s nice to be back in that position,” Fowler said. “It’s been a long time coming. It’s been a long road, tough times. We’re not done.”

Nine players were within five shots of the lead, and anything goes at this tournament.

Keith Mitchell started the third round with a five-shot lead and made a pair of early birdies, chipping in from behind the green on the par-3 second and hammering a 3-wood into a light breeze to set up a two-putt birdie on the par-5 third.

All it took was two bad swings to lose his advantage. He went into the desert on No. 8 and compounded the mistake with a three-putt for double bogey, and Mitchell found the desert again on No. 9 and made another double bogey.

Mitchell spent the rest of the day chasing, and in some cases, trying not to lose more ground. He holed a 30-foot birdie putt on the final hole for a 73 and was four shots behind.

He wasn’t alone in his struggles. Jordan Spieth played in the last group and figured being five back would allow him to keep his foot on the gas pedal. Spieth presumably forgot to put the car in gear. He didn’t make birdie until the 15th hole and had to settle for a 72, leaving him eight shots behind.

The average score for the week has been around 68.5. 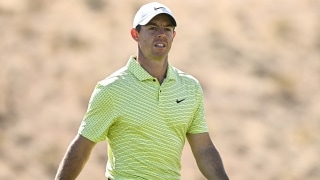 Rory McIlroy shot 10-under 62 Saturday at the CJ Cup, his best Tour round since 2019, and now has back-to-back bogey-free rounds for the first time in nearly two years.

McIlroy was thinking more about his game than how much ground he had to make up, but that changed when the putts started to fall.

“I think on a course like this you’re going to have stretches where you’re going to play good golf and hit good shots and maybe just not hole the putts,” he said. “I played an eight-hole stretch yesterday in even par — I made eight pars in a row. Then today, I played nine holes in 6 under and all of a sudden you feel a little better about yourself.”

It was easy to feel good playing alongside Abraham Ancer, who had a 63 and was three shots behind along with Adam Scott (67) and Robert Streb (65).

“We were nine back, you know?” Ancer said. “We just know that we have to make a bunch of birdies. I just told myself, ’Hey, just hit the green, see one putt roll in and feed off of that. It was nice to see the group was playing well. Rory was hitting some nice putts, the hole starts getting a little bit bigger, too.”

Fowler did most of his work from tee to green. He holed an 18-foot birdie putt on the par-3 16th to take the lead, and he had another birdie putt from that range on the eighth hole. Mostly, he kept giving himself chances.

Fowler got up-and-down for birdies on the par 5s on the front. He had three two-putt birdies on the back nine — the two par 5s and a drive to 35 feet on the reachable par-4 12th.

It was simple, stress-free golf, and there hasn’t been a lot of that for him lately. Fowler failed to qualifying for the FedEx Cup postseason for the first time in his career, and he needed a sponsor exemption for the second straight year to play in the CJ Cup.

Now he faces his biggest test, another step in what he hopes is a return to the elite. Next to him will be McIlroy, who already has won this year, and Ancer, who picked up his first PGA Tour title at the World Golf Championship in Tennessee.