Fowler tied for the lead after wobbly close 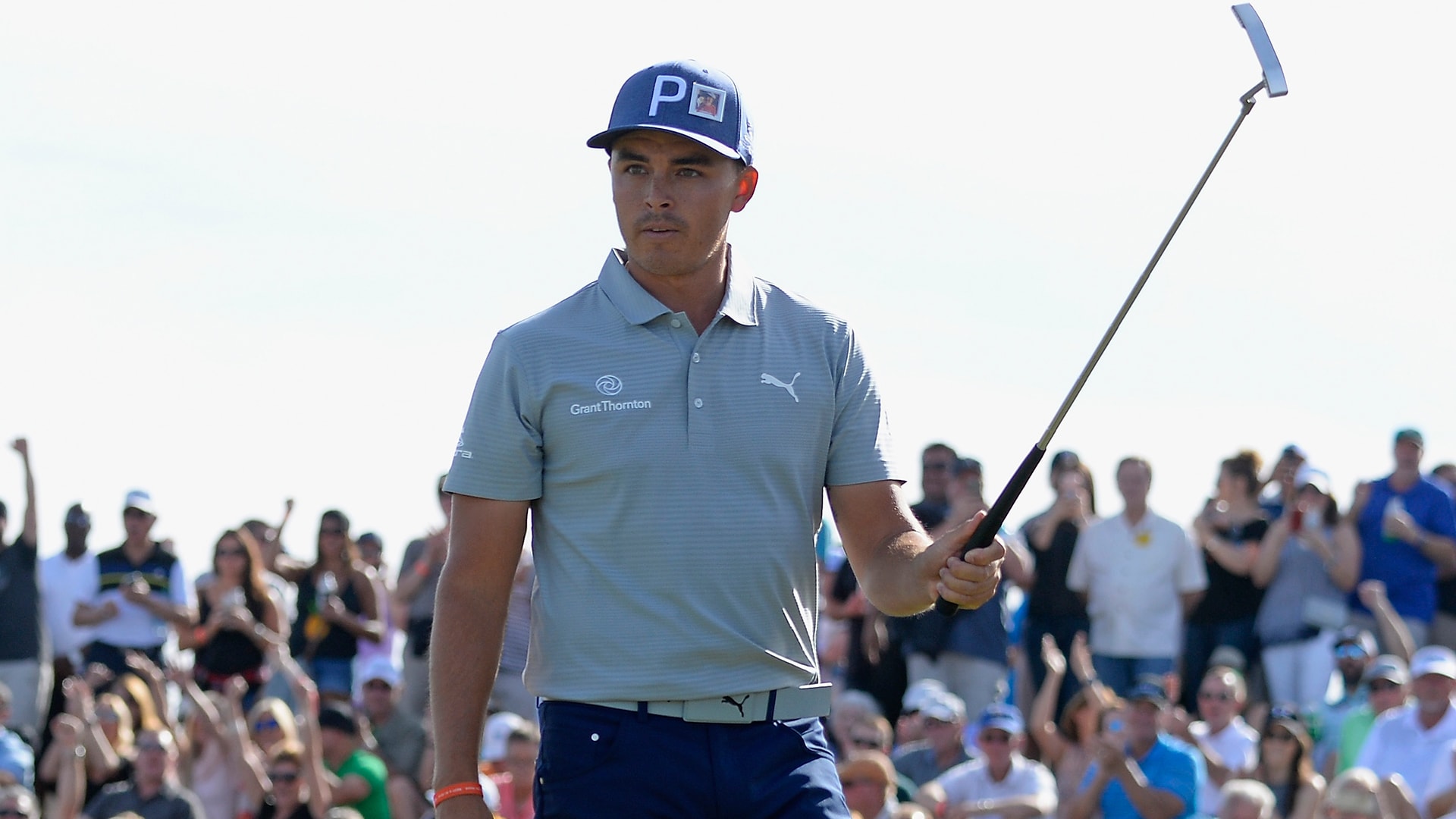 SCOTTSDALE, Ariz. – Rickie Fowler is pleased with his position at the halfway point of the Waste Management Phoenix Open – even though he gave the rest of the field a chance to catch up with his finish down the stretch.

Fowler was 11 under and two shots clear of his closest pursuer after a birdie on the par-5 15th, and he was heading to two of the easiest holes the Stadium Course at TPC Scottsdale has to offer. But he couldn’t birdie the raucous 16th, then dropped a shot after missing the green with his chip shot on the short 17th.

He finished the day at 10 under, carding his second straight round of 66. But rather than enter the weekend a couple shots in front, he is now tied with Bryson DeChambeau and only one shot ahead of Daniel Berger and Chez Reavie atop a crowded leaderboard.

“Made some really good swings on the front nine,” Fowler said. “Felt like we were in a good spot on the back nine as well. A couple bad swings, but more just didn’t capitalize on a couple opportunities.”

Fowler has had close calls before at this event, notably a runner-up finish in 2010 and a playoff loss to Hideki Matsuyama two years ago. Despite his wobbly close, he hopes to remain aggressive and potentially channel some of the form he flashed at the Hero World Challenge in December when he won with a closing 61.

“Just keep the gas pedal down,” Fowler said. “Once we started making birdies at Tiger’s event in the Bahamas, that was kind of the whole game plan was just keep going. Like I said, we’ll piece two nines together at some point and we’ll have some fun tomorrow and hopefully put ourselves in a good spot for Sunday.” 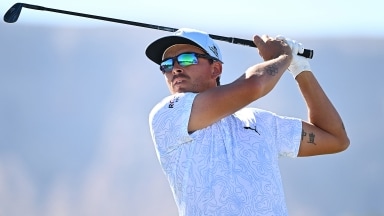 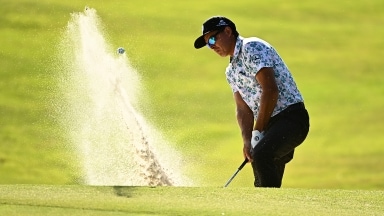 After missing out on the FedExCup Playoffs last season, Rickie Fowler missed the cut by a shot Friday at the Shriners Children’s Open.