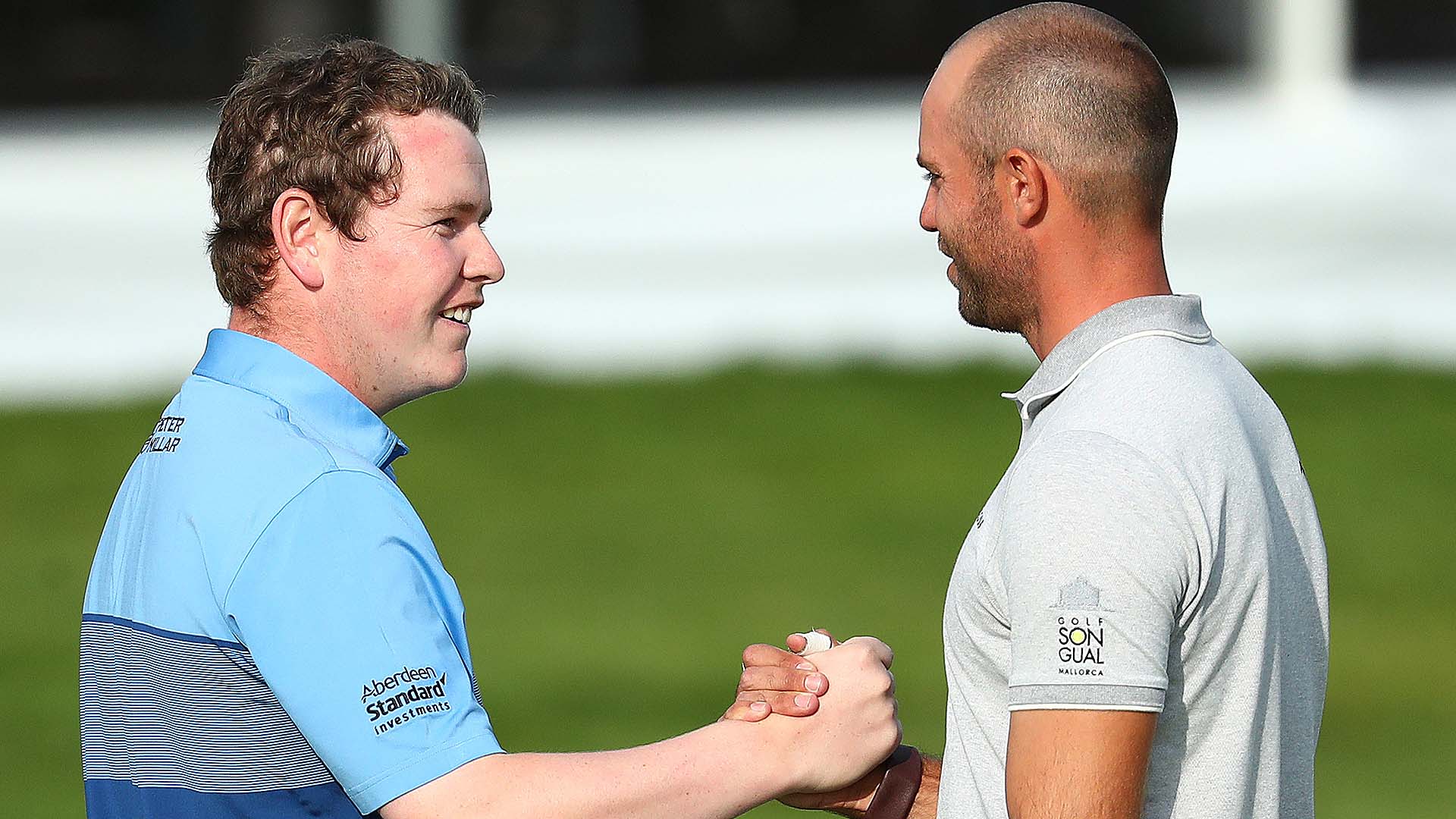 HAMBURG, Germany – Home favorite Bernd Ritthammer rubbed out Robert MacIntyre's four-stroke advantage to join the Scottish rookie for a share of the lead after the third day of the European Open on Saturday.

The German, playing his 100th European Tour event, carded a 2-under 70 to join playing partner MacIntyre at the top on 9 under at the Green Eagle Golf Course.

"It was definitely an experience for me," Ritthammer said. "I'm not used to leading an event on the European Tour."

MacIntyre was well positioned after following his opening 68 with a flawless 65 on Friday, but his four-shot lead was reduced to just one when Ritthammer started with a birdie and MacIntyre answered with back-to-back bogeys on the second and third holes.

MacIntyre missed birdie chances at the seventh, eighth and ninth, and had to settle for a 2-over 74 after finishing, like Ritthammer, with a birdie on the final hole.

"Things didn't go my way today. I fought well until the end. It doesn't matter where I am on the leaderboard, bottom or top, every point counts," MacIntyre said. "Today I just showed my fight and to birdie the last was huge to get a tie for the lead."

Four-time Ryder Cup player Paul Casey is third, one shot behind the leaders, after a 3-under 69, while Spain's Pablo Larrazabal and Austria's Matthias Schwab are a further shot behind at 7 under. 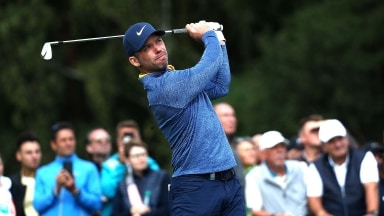 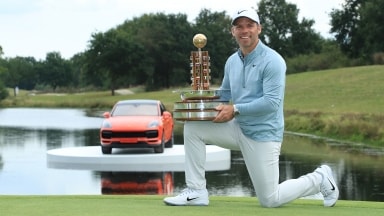 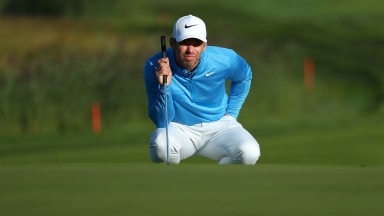