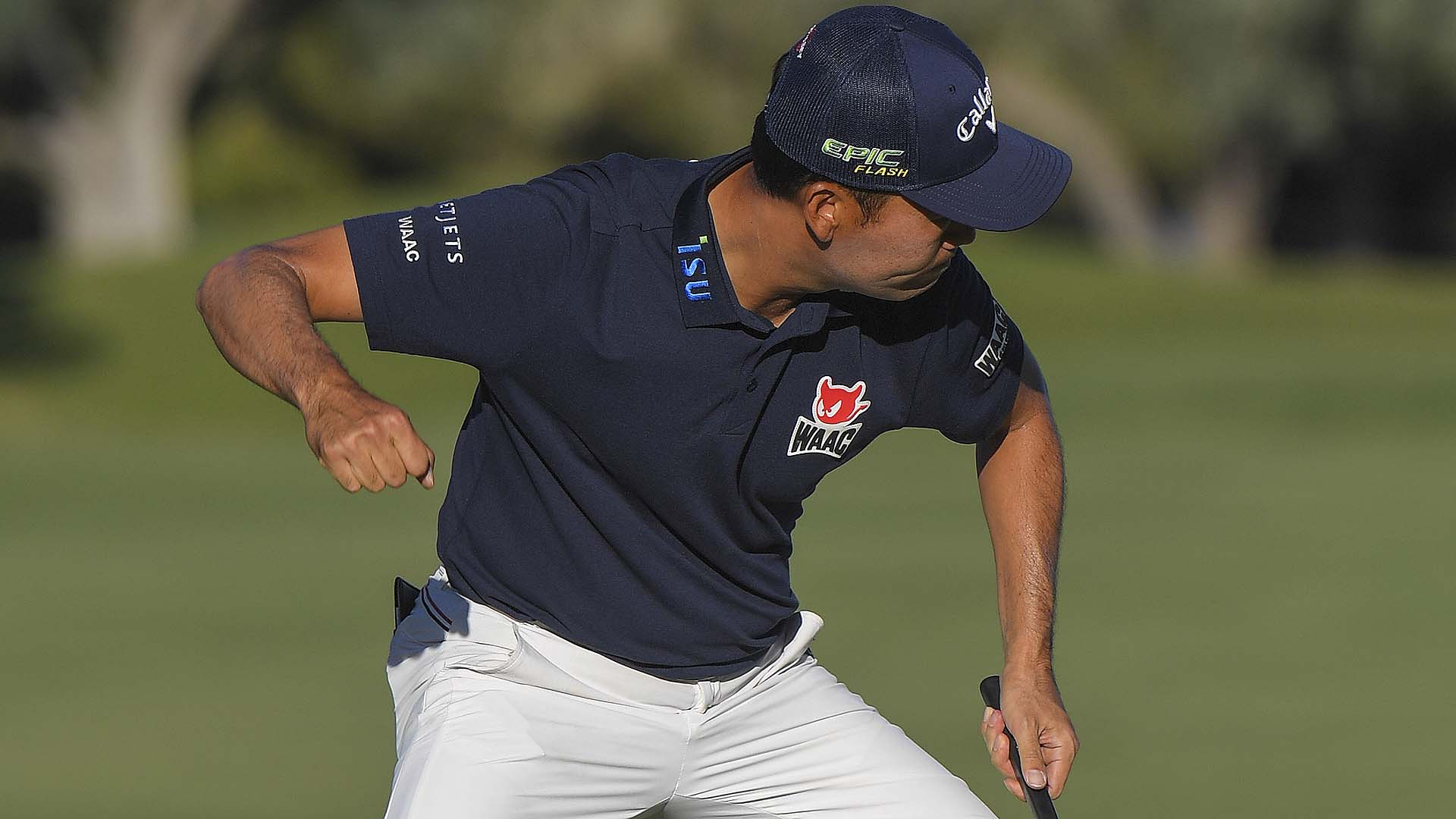 LAS VEGAS – Kevin Na has been so brilliant on the greens the last two days that he actually had to justify why he only made 177 feet worth of putts Saturday.

You know, compared to Friday’s 202 and an inch.

After rounds of 68-62-61, Na leads the Shriners Hospitals for Children Open by two at TPC Summerlin, where he just set a new 54-hole tournament scoring record of 191.

On Sunday, he’ll take a shot at winning is fourth PGA Tour title and at rewriting the circuit’s record book. With 445 feet worth of putts made so far this week, he needs 107 more to set a new record and pass Ben Martin’s 551 feet from the 2015 Charles Schwab Challenge, the highest total since the Tour began keeping track in 2003.

Na’s weapon of choice since the Masters has been an Odyssey Toulon Madison model with a graphite shaft. It’s the same putter he won with earlier this year at Colonial. So, why graphite?

“It's a very stiff shaft,” he explained. It's stiffer than steel, and it's helped me and given me the consistency of good speed. … When you hit good putts at a good speed, you're using the whole hole.”

Asked back-to-back questions about the putter, he had to interject:

“How about giving me some credit?” he implored.

Of course, when it came to his short miss for birdie at the par-5 16th, he took a different tact.

“[Caddie Kenny Harms] had a bad read,” he joked.

Na is now 18 holes from his fourth win, his third in the last three seasons and his second in 2019. He similarly took the 54-hole lead back in 2011, when he broke through for the first time. He also converted earlier this year at Colonial. But in total, he’s 2-for-7 closing. And with the scores TPC Summerlin is yielding – the third-round scoring average was 67.75 Saturday – he’s not going to have the luxury of playing defense.

Not with another past Shriners champ like Patrick Cantlay giving chase.

Two back, Cantlay won this event in a playoff two years ago and was runner-up last year to Bryson DeChambeau. Las Vegas has become his personal playground, although he says he doesn’t go out much – just to dinner, really.

While Na has been torching the greens, Cantlay has been leading the field on the way there. He’s first in strokes gained: off the tee, second tee-to-green, and first in driving distance.

If those start dropping on Sunday, and Na cools off even a little, then it might be Cantlay who walks away a two-time Shriners champ.

It’s tempting to think of this as a two-man race, but six players shot 63 or better Saturday. Na and Cantlay will have a nice head start, but that’s about it.

“I’ve still got to keep the pedal to the metal,” Na said “A lot of low scores out here. Anybody can shoot 8 or 9 under.”

As comfortable as Cantlay has proven himself here in Vegas, it’s Na who is the local resident. He’s been leaving tickets for friends all week and will play tomorrow in front of his family, which includes a recent addition.

“It would mean a lot, especially with having a newborn, my son Leo,” Na said. “I won in front of [my daughter] Sophia, so it would be nice if I could get another W in front of both of them.”