McIlroy battles back into tie for BMW PGA lead 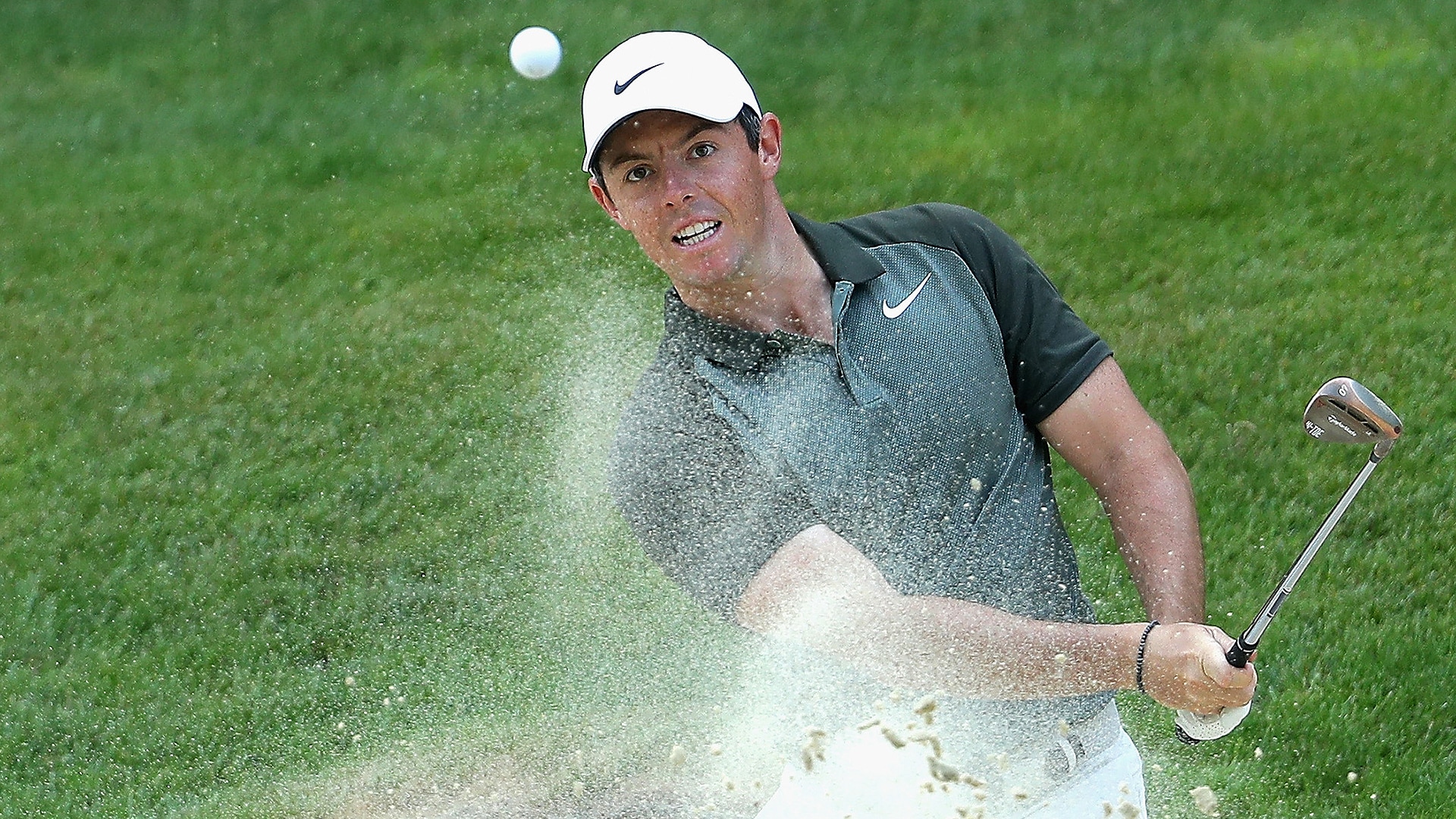 Rory McIlroy got off to a rocky start on Saturday in the third round of the BMW PGA Championship, including hitting a spectator and making a double bogey. But after that incident on the sixth hole, he didn't drop another shot, birdieing the final hole to shoot a 1-under 71 and tie for the lead.

McIlroy had gone into Moving Day with a three-shot lead, but Francesco Molinari had the round of the day, a 6-under 66. "It was nice keep a clean scorecard," said Molinari, who hasn't made a bogey since the 10th hole on Friday.

McIlroy and Molinari will be paired in Sunday's final round. They are tied at 13 under par, four shots clear of Ross Fisher, Branden Grace, Sam Horsfield and Alexander Noren.

The Wentworth course ends with back-to-back par-5s, and McIlroy birdied both of them. He got a break on the 18th hole as his drive hit a spectator and bounced into light rough.

"It was a struggle out there today," McIlroy said. "I think when you're working on a few things in your swing and the wind is up and you're stuck between trying to play different shots, but also try to play - you know, make good swings at it, I just hit some loose tee balls on the first few holes. But I'm proud of myself. I stayed patient. I actually - I'm feeling a bit better about myself after today than I was even walking off the course yesterday."