McIlroy's refreshed attitude on display in opening 63 in Mexico 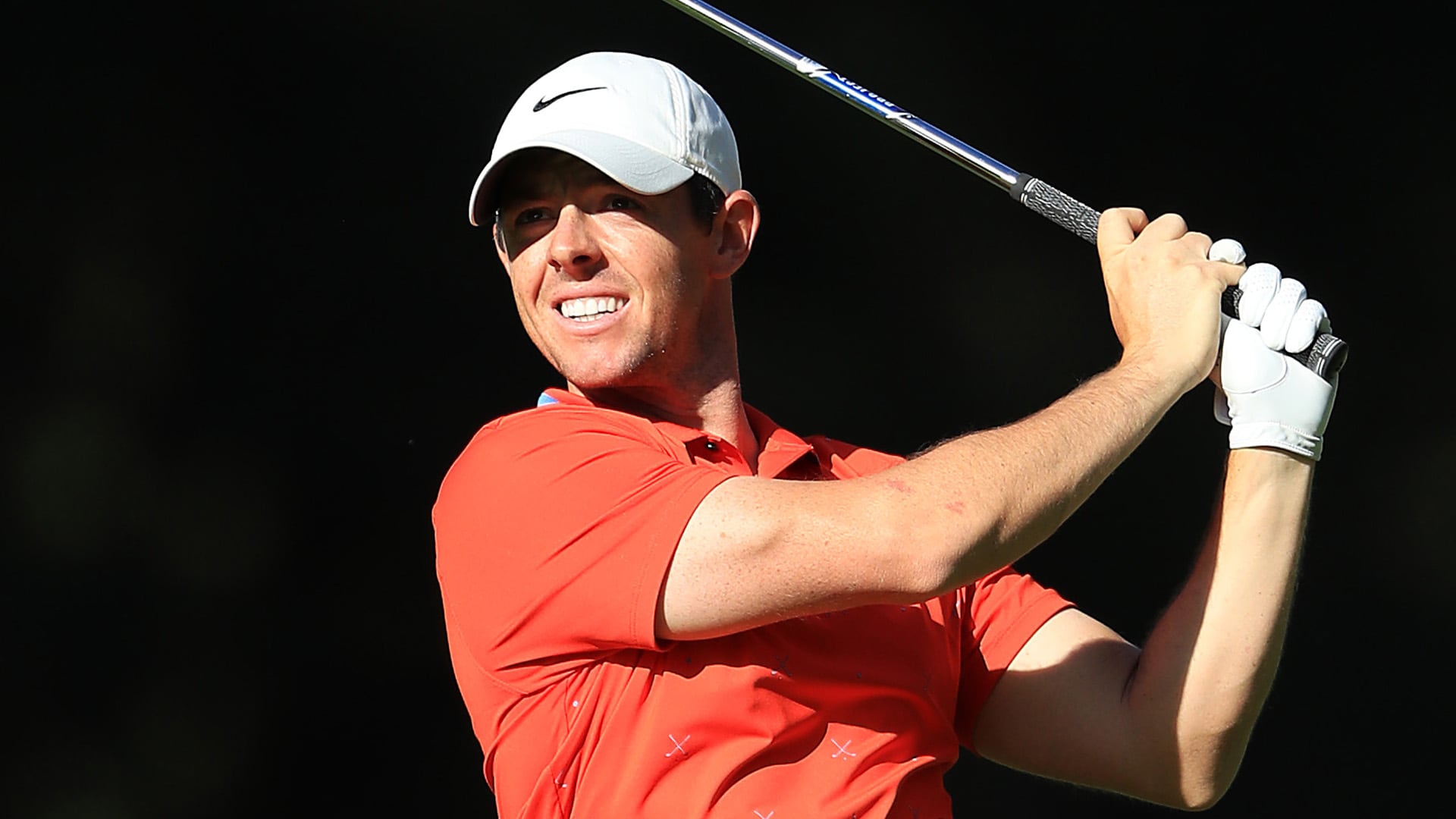 MEXICO CITY – In a lighthearted moment following his opening round at the WGC-Mexico Championship, a reporter referred to Rory McIlroy as a four-time major champion.

“That was a long time ago,” he laughed.

The moment of hyperbole quickly passed, but for the 29-year-old, the 2014 PGA Championship, his last pull from the Grand Slam, certainly feels like a long time ago.

This wasn’t false modesty; that wouldn’t be Rory’s style. He was simply acknowledging what everyone else has been whispering about since that PGA at Valhalla. It’s the price one pays when you win four majors in four years.

What makes McIlroy’s fate so compelling isn’t that a player who once appeared invincible has now become an enigma. No, he leaves that type of instant analysis to social media. What’s truly compelling is how at ease he is with his fate and how steadfast he is that he’s on the right path.

In other sports they’d call it a process, the methodical approach singular athletes take to perfect their craft. For McIlroy, it’s "the little things.”

“Winning is a byproduct of doing all the little things well and I feel like I'm on a really good journey of doing that. I think it's just a matter of time,” he said Thursday at Chapultepec Golf Club. “I can't put pressure on myself, I can't push it."

It would be easy to dismiss McIlroy’s measured assessment of his game following an 8-under 63, which was just one shot off of the course record. But Rory has been preaching patience, in good times and bad.

Just last week at the frigid slog that was the Genesis Open, McIlroy was on a similar trajectory. When he chipped in from a bunker on the 70th hole on Sunday he was just two strokes off the lead with the par-5 17th hole looming. But he made par at the 17th hole and bogeyed the 18th to finish in a tie for fourth place.

Players of McIlroy’s ilk don’t have much interest in moral victories and would consider their finish at Riviera Country Club a missed opportunity at best. Not McIlroy.

“I'm happy enough. I just sort of keep preaching patience, and I didn't have my best stuff this week,” he shrugged on Sunday. “So I managed my game well this week. I didn't have it all, but it's another top-5 and a step in the right direction.”

The Northern Irishman took solace in an iron game that was less than his best and the notion that his putting, which has been his primary concern in recent years, showed serious signs of life in Los Angeles.

It really should have been no surprise that his upward movement would spill over to this week’s World Golf Championship gathering. McIlroy is 3-for-3 in top-5 finishes this season on the PGA Tour with fourth-place showings at the Genesis Open and Sentry Tournament of Champions to go along with a tie for fifth place at the Farmers Insurance Open.

He’ll talk of areas of concern, like last week’s iron play, but for McIlroy, this is really as simple as keeping things in perspective. Players of Rory’s ability and talents have a tendency to inflate expectations – you know the deal, four majors are nice but five would be better. But this version is content to keep making progress.

“I love where my attitude's at,” he said. “My attitude on the golf course is fantastic and my putting is good. If I'm excited about anything with my game, it's my putting and my attitude have been probably the best they've been in a long time.”

On Thursday, that attitude added up to a one-stroke lead over Dustin Johnson. It was textbook Rory. After playing a flawless opening nine (he started on No. 10) and turning at 4 under he launched a 2-iron high into the thin Mexican air at the 305-yard first hole that rolled out to 6 feet for an eagle.

When McIlroy is in full flight, it’s those kinds of shots that make a good player great.

“I didn't land the ball exactly where I wanted to. It landed on the fringe and trundled up there,” he said. “I was trying to sort of land it maybe 3 or 4 feet on the green. But I got away with it.”

So, a 2-iron from 305 yards that missed its mark by two paces? If we could all be so reckless.

He wasn’t perfect on Day 1, but even his miscues produced a mischievous smile. Like at the par-5 sixth hole when he pulled his drive left of the fairway and into a row of trees. McIlroy’s second shot was a bold attempt through the trees that caught a branch and led to his only bogey.

“It's really like hitting through this tree here, right?” smiled McIlroy as he waved his arms above his head. “It looks pretty thin and you know you're going to miss this big limb on the bottom and you've got a nice window, and it just kind of hit that sort of medium size branch and it just hit it straight on. The one branch it could not hit, it hit.”

It was the definition of patience that a potentially round-ending miscue produced little more than a shrug. McIlroy has always been a five-tool player when he’s at his best, but this version has added a new club to his bag – a refreshing attitude.