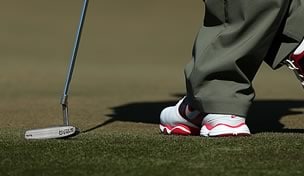 Getty Images
PEBBLE BEACH, CA - JUNE 14: The seventh green is seen during a practice round prior to the start of the 110th U.S. Open at Pebble Beach Golf Links on June 14, 2010 in Pebble Beach, California. (Photo by Scott Halleran/Getty Images)  -

ABU DHABI, United Arab Emirates – Just 36 holes into his career with Nike Golf Rory McIlroy caused a stir on Friday at the Abu Dhabi HSBC Golf Championship when he reverted back to his old Titleist Scotty Cameron putter for Round 2.

Although McIlroy, who announced his much-anticipated deal with Nike Golf in an elaborate press conference in Abu Dhabi on Monday, kept his Nike head cover on the Cameron, GTC discovered the change about halfway through his second-consecutive 75.

“I felt the greens were pretty slow out there. The Nike putter that I used (on Thursday) is a little light and it was just a weight issue more than anything else,” said McIlroy, who finished at 6 over to miss the cut by four strokes. “I feel like the one I used today was a little heavier and I was able to get the ball to the hole.”

The change did little to help the world No. 1’s fortunes, however. He needed 30 putts on Friday compared to 31 on Day 1 with the Nike putter.

McIlroy declined to talk about the specifics of his Nike contract, which is rumored to be a five-year deal, and whether he was allowed to revert to his old putter under the terms of the agreement. Instead he was focused on cleaning up his game in time for his next start in four weeks at the WGC-Accenture Match Play Championship.

“It’s the first week out. I wouldn’t look too much into (the new equipment),” he said. “If anything it’s more the indian than the arrow at this point. So a few hours on the range tomorrow and Sunday and a bit of work with (swing coach Michael Bannon) and try and clear a few things up.” 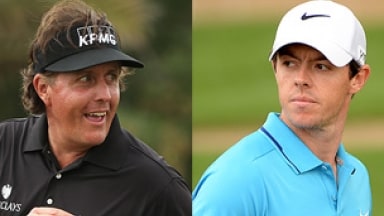 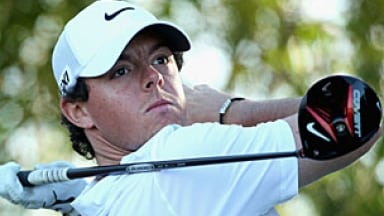 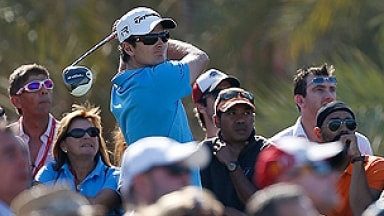