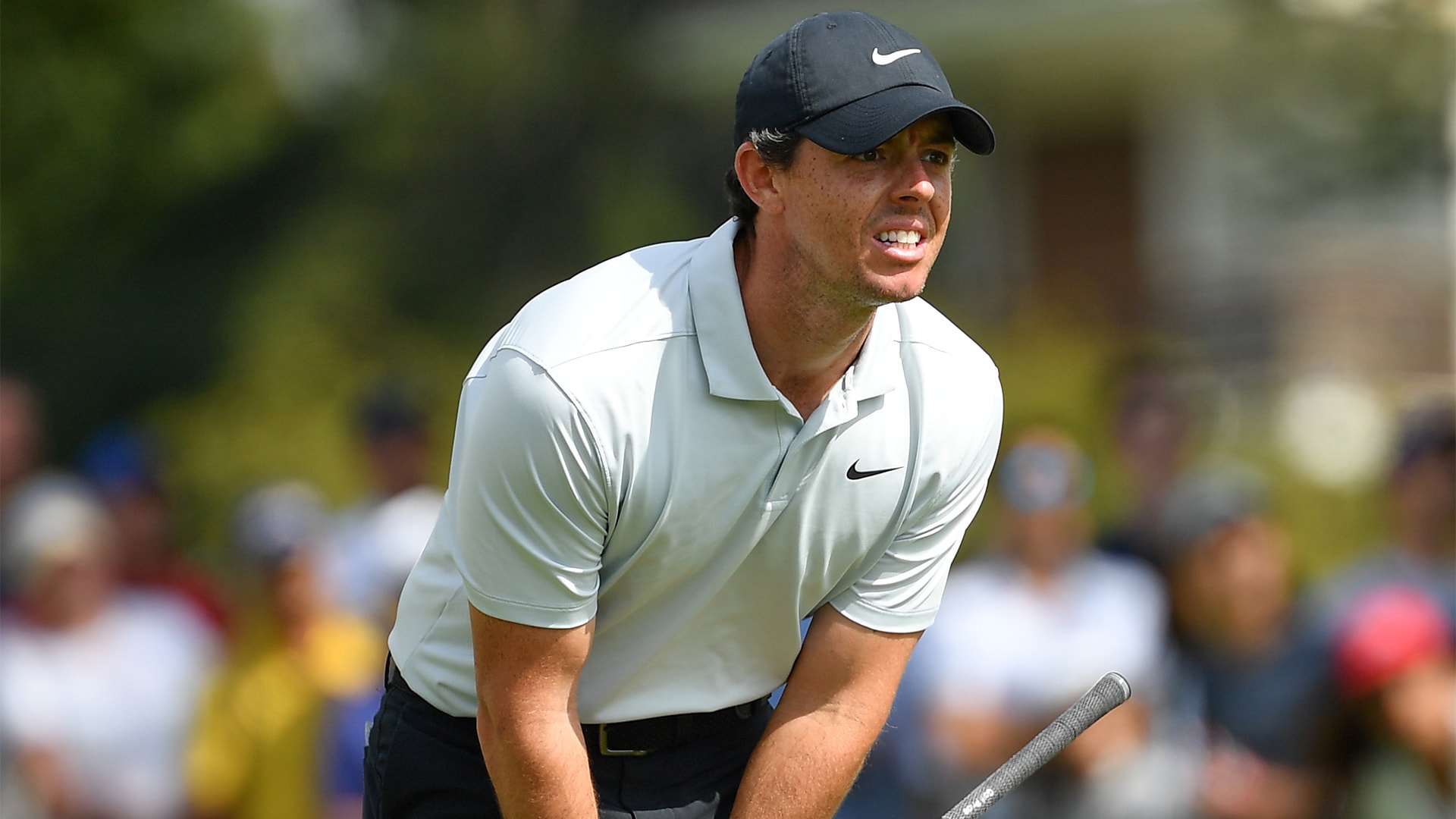 CRANS-MONTANA, Switzerland — Rory McIlroy cited tiredness in a busy trans-Atlantic week after dropping shots late in the European Masters third round on Saturday with Andres Romero in the lead by one stroke.

McIlroy bogeyed the 14th, 17th and 18th in a 1-under-par 69, while Argentina's Romero went birdie-eagle-birdie-birdie from the 13th in his round of 66.

Tommy Fleetwood (68) and second-round leader Gavin Green (69) are on 12 under, two shots off the lead and tied for third.

Second-ranked McIlroy arrived at Crans-sur-Sierre club in the Swiss Alps directly from winning the weather-affected Tour Championship in Atlanta where he played 31 holes on Sunday.

McIlroy acknowledged feeling ''a little flat'' near the end of Saturday's round on another warm day at the Severiano Ballesteros course.

Finland's Kalle Samooja shot an 8-under 62 to join McIlroy and two others on 11 under.

A group of four on 10 under included Sergio Garcia (66) and Renato Paratore of Italy, whose 67 included a hole-in-one at the par-3 13th.