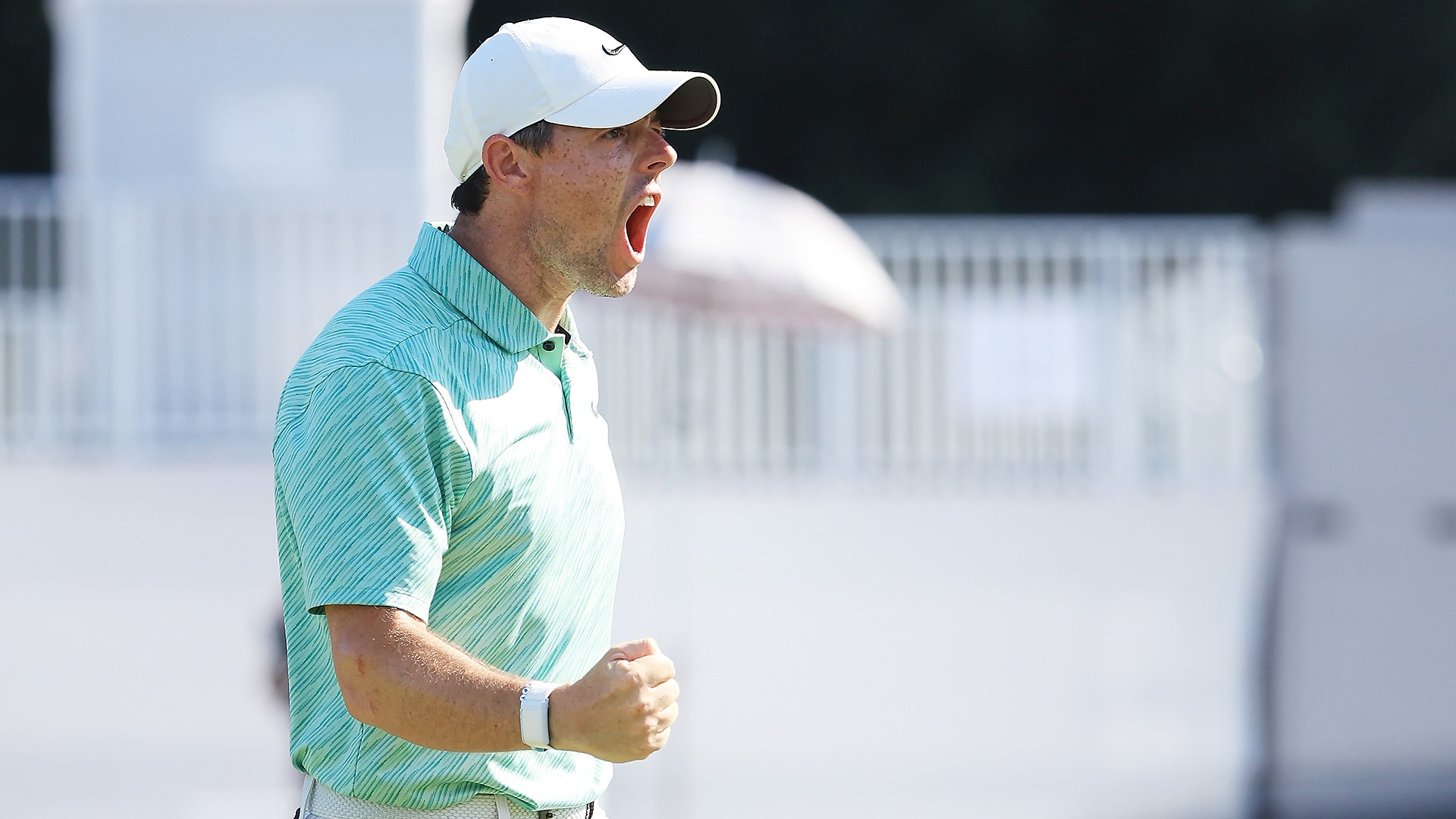 Rory McIlroy started the final round of the Tour Championship trailing Scottie Scheffler by six strokes. It was a position with which McIlroy was familiar. He began the event, which employs a staggered-strokes start, six back of Scheffler. For good measure – and good memories – he was five back to start the 2019 edition, which he eventually won for his second career FedExCup title.

McIlroy closed in 4-under 66 on Sunday, while Scheffler shot 3-over 73. That was just enough to set the Tour Championship record for largest final-round comeback, breaking Camilo Villegas' five-shot rally in 2008, and give McIlroy a season-ending triumph – and an $18-million bonus.

Scheffler, who started the tournament at 10 under par, finished at 20 under, tied for second with Sungjae Im. They each earned a $5,750,000 bonus among the $75 million pool.

Scheffler began the final stanza with a heavy advantage, thanks to a fantastic finish to the third round Sunday morning.

After play was suspended Saturday evening because of an inclement weather threat, the field returned to East Lake at 9:45 a.m. to wrap Round 3. Scheffler and Xander Schauffele, in the final group and separated by one shot, were in the 13th fairway when play resumed. Scheffler played his final six holes in 4 under to reach 23 under par. Schauffele played them in 1 over to drop to 17 under. (He finished alone in fourth after closing in 69.)

McIlroy wrapped up a third-round 63 to also reach 17 under. It was a remarkable turnaround for the world No. 4, who began the tournament by hitting his opening tee ball out of bounds. He made triple bogey on the first hole and then bogeyed the second to fall 10 off the pace.

Fifty-two holes later, he had clawed his way into the final twosome.

"Six behind on the first tee on Thursday and I was 10 behind on the third tee. I guess it just shows you anything's possible, even when you're a few behind or a few in front in the tournament," McIlroy said. "Anything can happen."

Both McIlroy and Scheffler bogeyed the first hole in the final round, but while Scheffler continued to slip, McIlroy steadily rose. The Northern Irishman made four birdies over the remainder of his opening nine to turn in 3-under 32. Scheffler, meanwhile, posted a 37. The difference was one.

Following a McIlroy birdie at the 12th, they were knotted.

Im was also in contention through much of the final round. He got within a shot of the lead before a double bogey at the par-4 14th.  Im made a couple of late birdies to again climb within one of the lead, but he was unable to birdie the par-5 18th, settling for a 66.

Im, ultimately, was chasing McIlroy. After McIlroy bogeyed the 14th to drop one back of Scheffler, he rolled in a 31-foot birdie at the par-3 15th to draw even at 21 under.

McIlroy then scrambled for par at the 16th, while Scheffler made bogey. With two holes to play, McIlroy led by one.

Scheffler had a chance to regain a share of the lead at the par-4 17th, but after sticking his approach shot to 12 feet, he badly shoved the birdie effort and made par. With one hole to play – and an $11.5 million difference between first and solo-second place – McIlroy maintained the slight edge.

Both players hit the fairway at the 18th, Scheffler driving it 334 yards and McIlroy 342. Hitting first, Scheffler found a bunker short and right of the green. McIlroy followed by hooking his second from 228 yards off the left grandstands.

Again playing first, Scheffler blasted his bunker shot over the green. McIlroy was able to get relief from the grandstand and chipped to 20 feet. After Scheffler was unable to chip in for birdie, McIlroy just needed to two-putt for par to secure victory. He did that easily. Scheffler settled for par and a T-2 alongside Im.

"I didn't really give myself much of a chance teeing off today," McIlroy said. "I thought six behind, I thought it was going to be really tough to make up. But my good play and Scottie's not-so-great play, and it was a ballgame going into the back nine."

It was McIlroy's third win of the season, to go along with his victories at the CJ Cup and RBC Canadian Open. He also added it to his 2016 and '19 FedExCup triumphs. 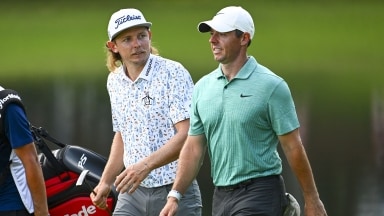 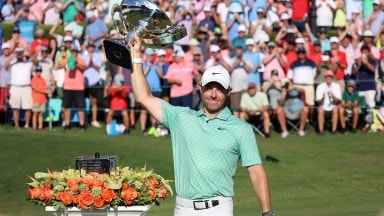