McIlroy quit and there is no excuse for that 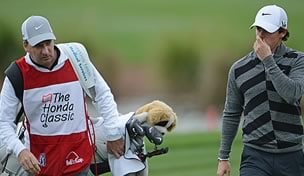 PALM BEACH GARDENS, Fla. – We will find out more about Rory McIlroy’s mid-round withdrawal from the Honda Classic in coming days and weeks and months. We will find out what he wants us to find out, because he is the only one who knows exactly why, on his ninth hole of the day, standing at 7 over already and about to add to that, he shook hands with his playing partners and sped away from the premises.

For now, here’s what we know: His official medical reason for withdrawing was “sore wisdom tooth,” which affected his concentration. We also know this: Before leaving, he told a few reporters, “There’s not really much I can say, guys. I’m not in a good place mentally, you know?”

As one fan tweeted in reaction, perhaps he meant to claim he’s not in a good place dentally.

Whatever the case – whether it really was a toothache or he wasn’t in a good place mentally or one led to the other – chances are we’ll learn plenty about his reasoning, since the game’s No. 1-ranked player has always been honest about his thoughts and opinions.

And he deserves a little honesty from us right now, too.

So here it is: Rory, you do not, ever, under any circumstances, pack up and go home simply because things aren’t going your way.

This is beyond poor form. This is quitting. This is John Daly territory. This is the absolute opposite of what we expect and demand from our superstars.

“I'm a great fan of Rory's,” playing partner Ernie Els said afterward, “but I don't think that was the right thing to do.”

The comparisons may not be fair, but they’ll come fast and furious on the heels of McIlroy’s toothy situation. Ben Hogan got hit by a Greyhound bus and continued competing at a high level. Tiger Woods won a U.S. Open on a broken leg. Hell, just a few weeks ago, a woman named Daniela Holmqvist received a poisonous spider bite during a qualifier for the Women’s Australian Open, only to extract the venom with a tee and keep on playing.

The golf course may not be a rugged gridiron or a blood-spattered boxing ring, but we still want our best players to be tough. We want them to suck it up during the lean times. Take their lumps, get through it and move on.

Even if McIlroy was in pain, it wasn’t a pain that inhibited his swing. Bad back? Fine. Creaky knee? OK. But unless he was considering anchoring a putter to his lips, there’s no physical reason he couldn’t continue for another nine-and-a-half holes before heading home for a dentist’s consultation. The truth is, his wisdom tooth probably wouldn’t have felt so painful if he was about to make the turn in 4 under.

Think about it: Instead of riding off in shame after an opening eight holes that included a triple-bogey, a double-bogey, two bogeys and what was going to be another big number on the 18th hole, McIlroy could have taken those lumps, told us exactly why he posted an 83 or so, then explained why it was so important for him to keep going, even though he didn’t want to.

Because he’s a role model. Because he wants to maintain his image. Because he doesn’t want to be construed as a quitter.

If he stuck around, he could choose his own ending for this story, rather than leaving it in our hands to theorize about why he chose to leave.

And yes, plenty of conspiracy theories abound. One states that Rory is clearly confounded by his new Nike equipment, which could partially account for his issues. It hardly explains how a two-time major champion could almost immediately start resembling a 6-handicap, though.

Another is quick to point out that McIlroy’s longtime girlfriend, tennis star Caroline Wozniacki, suffered what Reuters termed “one of her worst career defeats” by losing to 186th-ranked Qiang Wang two days earlier. In a mental pursuit like golf – and, apparently, tennis – relationship troubles can affect the final result a lot more than a toothache.

That said, let’s be careful sounding the alarms and raising the red flags. Just nine months ago, McIlroy looked completely lost, languishing through a second-round 79 at The Memorial Tournament for a third consecutive missed cut. Any observer that day would have predicted long-term struggles for the youngster, but just a few months later he was putting the finishing touches on an eight-stroke PGA Championship victory before closing out the season as Player of the Year on both major tours.

None of that should serve as an excuse, though.

McIlroy offered his own explanation for walking off on Friday, but simply put, it wasn’t good enough. Every golfer owes it to the game, to the tournament and to himself to continue playing, unless there’s such a debilitating injury that he physically can’t do it. Toss in the fact that he’s ranked No. 1 and the defending champion and being marketed as a big-ticket draw for this event, and it only adds fuel to the fire that is steadily building toward him right now.

In the end, there’s a sense of irony in this situation. Rory McIlroy offered up a sore wisdom tooth as his reason for leaving mid-round, but the act of leaving mid-round itself is one devoid of any wisdom. 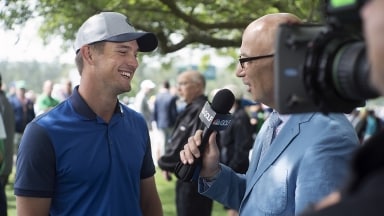