Rory on Phil's dancing: 'That was unbelievable' 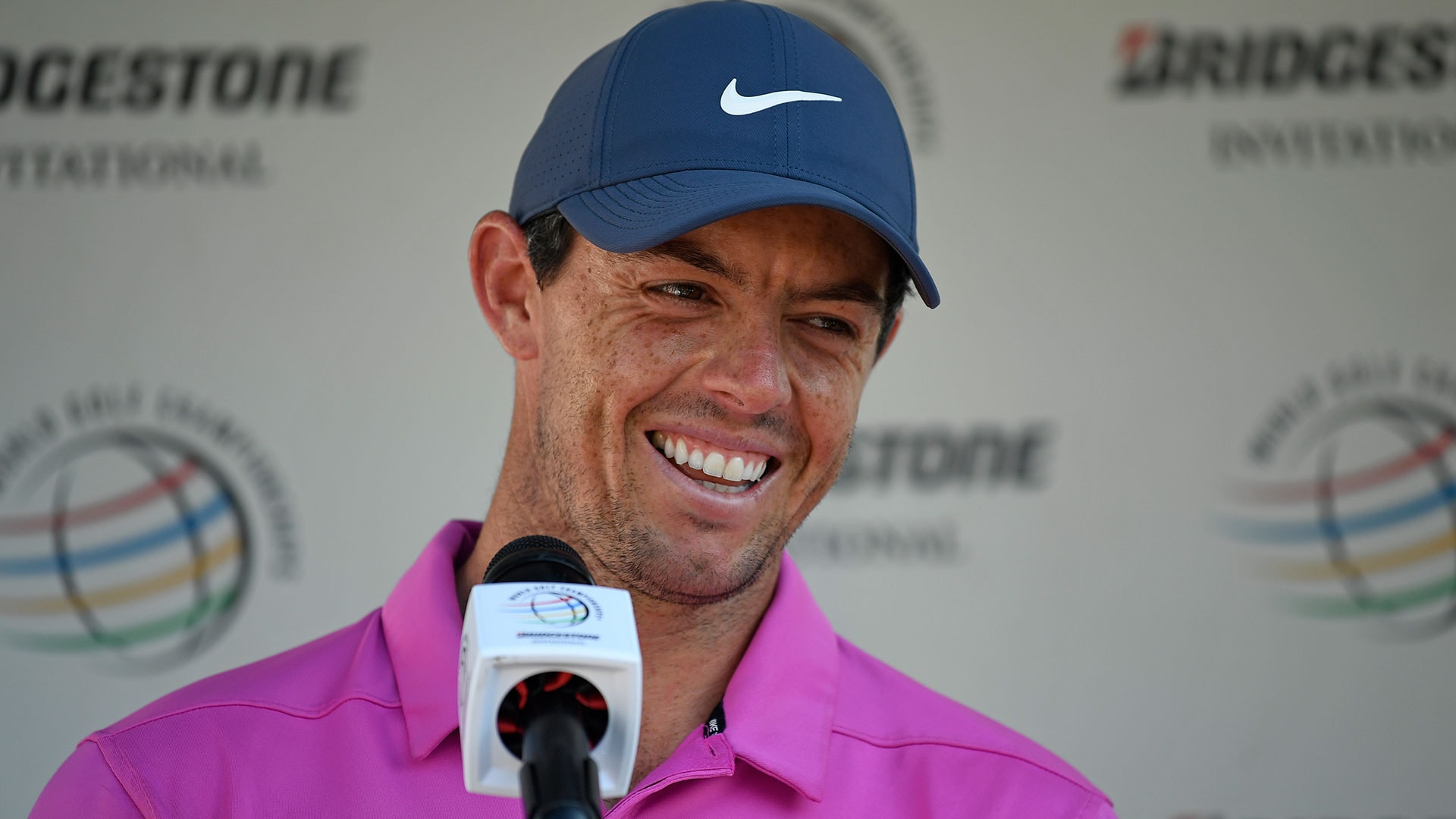 AKRON, Ohio – Asked a question about being paired with Tiger Woods and Justin Thomas at next week’s PGA Championship, Rory McIlroy paused and instead offered his unvarnished thoughts on a much more pressing topic.

“I didn't see it, no,” McIlroy shrugged. “Tell you what I did see after I spoke to you all yesterday, Phil Mickelson's commercial. How about that? That was unbelievable.”

McIlroy was referring to a commercial for clothing manufacturer Mizzen+Main that features Mickelson dancing on a practice range while avoiding golf balls that are being hit in his direction.

Mickelson said the commercial took him out of his comfort zone and reaction from his fellow PGA Tour players showed why he was initially reluctant to put his dance moves on public display.

“Absolutely, not,” Justin Thomas laughed when asked if he would perform similar moves in public. “One, I'm a lot better dancer than that. Two, I would never put that on national TV.”

McIlroy’s mind went in a slightly different direction when he watched the commercial.

“We were saying last night, like what are his kids’ friends going to say when they go back to school? It's like, ohhhh,” McIlroy laughed. “But, Phil's Phil and we love him for it and it's great.”