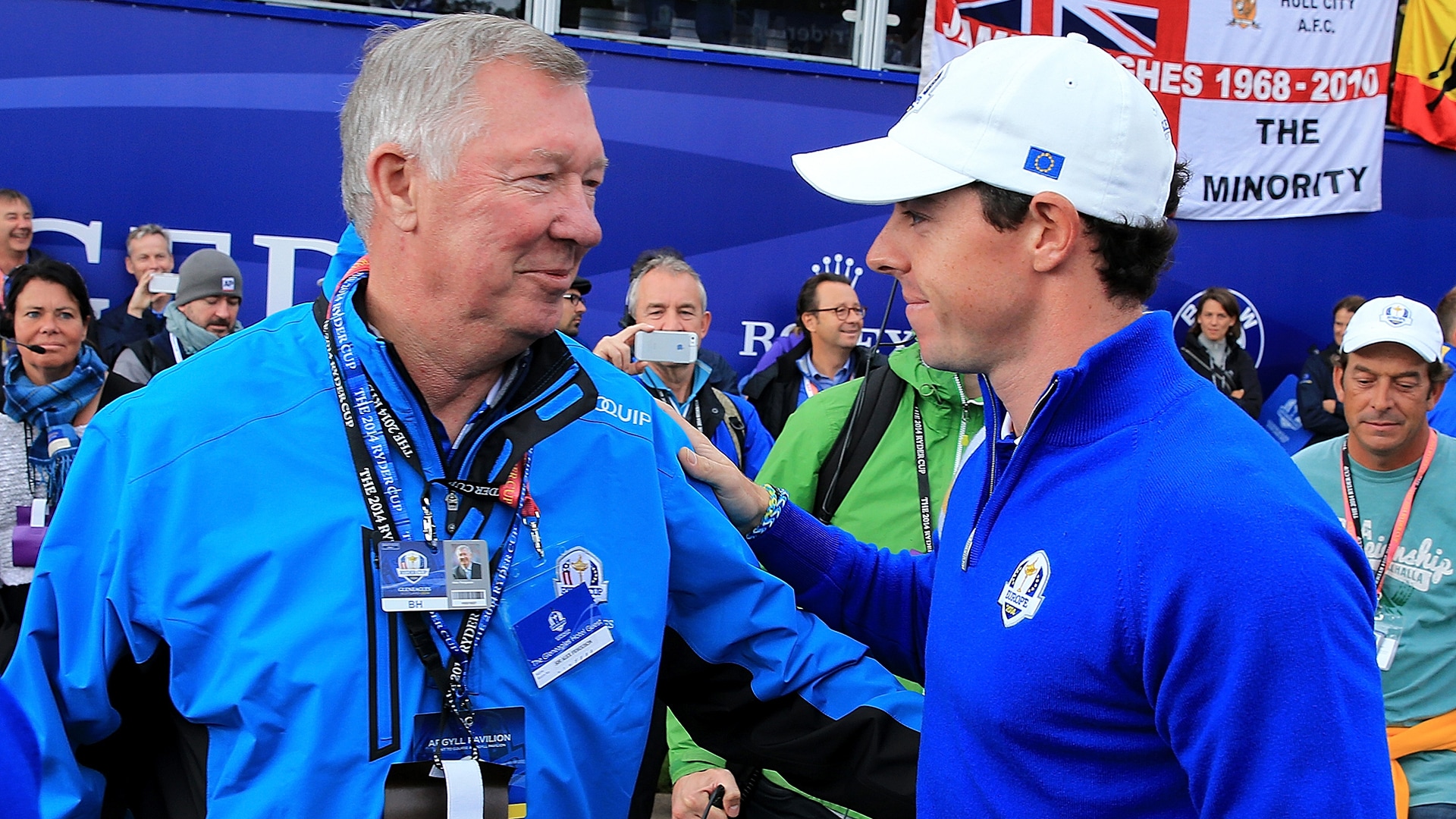 PONTE VEDRA BEACH, Fla. – On the eve of one of the biggest events of the season, Rory McIlroy took time to offer some well wishes to legendary soccer coach Sir Alex Ferguson.

McIlroy roots for Manchester United, the English Premier League squad that Ferguson managed from 1986 to 2013. This weekend the 76-year-old suffered a brain hemorrhage, which required emergency surgery and placed the former coach in intensive care.

“I’m just glad that he’s pulling through and he’s conscious now and that the procedure or surgery went well apparently, so that’s good,” McIlroy said. “I know everyone that has been in touch with him thinks the world of him, and he’s got a lot of people out there supporting him.”

McIlroy and Ferguson have become friendly over the years, with Ferguson speaking to the European Ryder Cup team at Gleneagles in 2014 and also participating in a charity event for the Irish Open, which benefited McIlroy’s charitable foundation.

Members of Manchester United are reportedly “confident” that Ferguson will recover from his health scare, and McIlroy shared a similar sentiment.

“He’s a great man. He’s very, he’s a very driven individual,” McIlroy said. “He says complacency is a disease. That’s sort of his big line. He hates complacency. He hates people resting on their laurels. … So hopefully he’s OK and he gets back to full fitness and full health soon.”