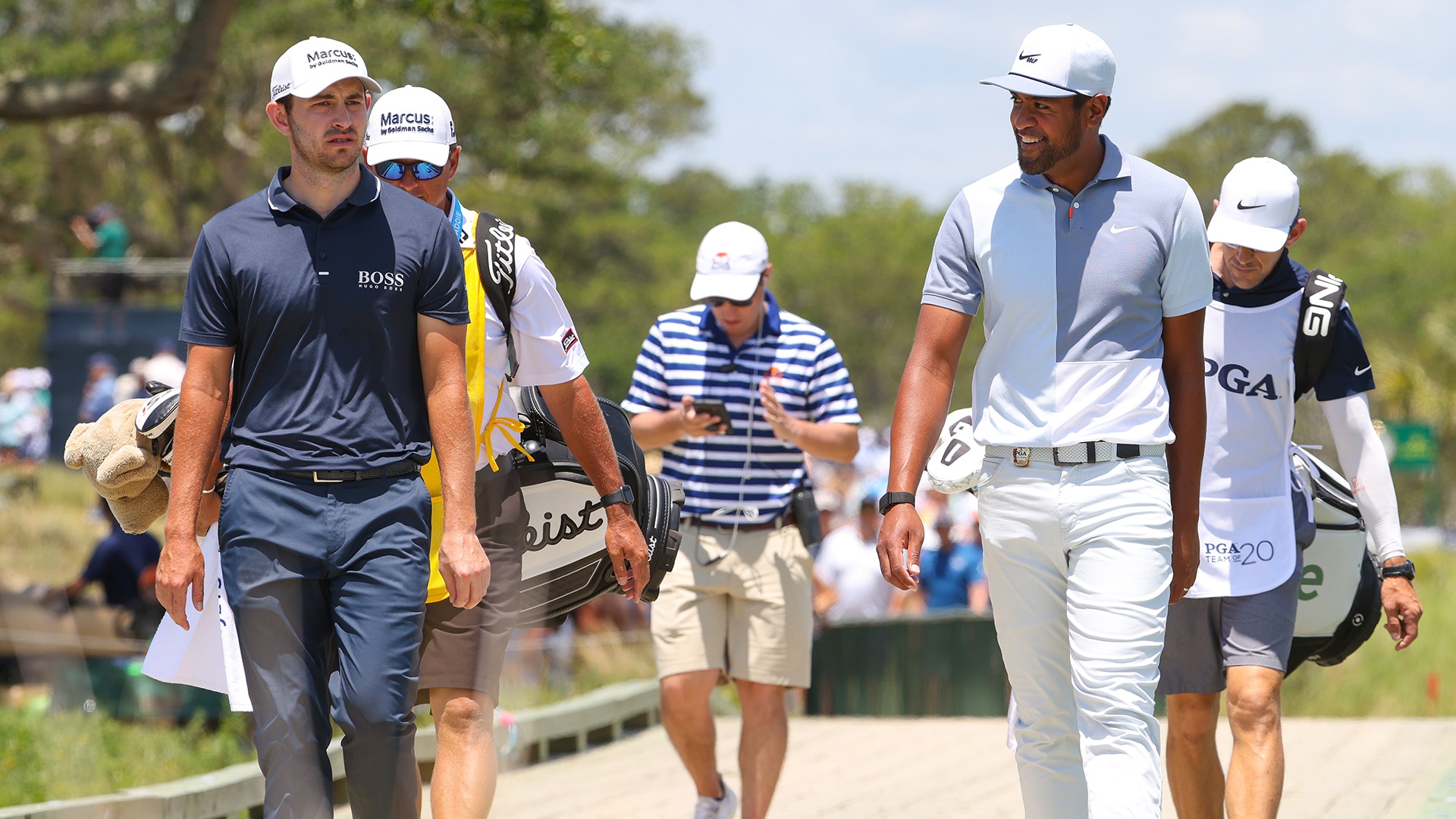 OWINGS MILLS, Md. –Tony Finau considers it one of the best flights of his life. It was three years ago, and he had just wrapped up play in the BMW Championship at Aronimink Golf Club outside of Philadelphia, when his phone rang. On the other line was then U.S. captain Jim Furyk: You’re on the Ryder Cup team.

Finau had made the U.S. team for Paris as the final captain’s selection, and understandably, he was on cloud nine all the way back home to Salt Lake City.

“I got some goosebumps just thinking about that,” Finau said Sunday at Caves Valley Golf Club, site of this week’s BMW. “It was a cool time for me in my career. I played really nicely, and I was able to get picked.”

Finau will be hoping for a similar phone call from current U.S. captain Steve Stricker next Sunday. With Patrick Cantlay winning the BMW in dramatic fashion to claim the sixth and final automatic spot as U.S. Ryder Cup qualifying wrapped up, that meant that Finau will have to rely on another captain’s pick.

This time, though, he should feel more confident while he waits. After Finau backed up his Northern Trust win with a closing 63 and T-15 showing at Caves, he’s a virtual lock, finishing just behind Cantlay in points, to earn a nod from Stricker once the Tour Championship concludes in a week’s time.

So, too, has Xander Schauffele, the recent Olympic gold medalist and No. 8 in final points. Like Finau, Schauffele also has memories from that 2018 BMW – only his aren’t so great.

“Yeah, it sucked,” Schauffele said playfully. “Thanks for reminding me.”

Not only did Schauffele lip out a putt on the final hole and end up tied for third, but he also failed to do enough to impress Captain Furyk.

“I was sitting there with my caddie in the car driving to the airport, and we got a phone call,” Schauffele recalled, “and I already knew sort of what the tone, what that was going to look like.”

He may not have made that team, but Schauffele should be able to count on a better conversation with Captain Stricker. Schauffele and Jordan Spieth, and to a lesser extent (but not much) Harris English and Daniel Berger, have surely all done enough to join Finau as picks.

Spieth is Spieth, and he’s also had a resurgent season where he’s won once and notched six other top-5s, including at the Masters (T-3) and The Open (second). English, who was T-27 at Caves, is a two-time winner this season with three top-5s in his last six starts, including a Travelers win and solo third at the U.S. Open. Berger shared 26th at the BMW, but his three top-10s in the past few months include two majors and a WGC.

Schauffele, English and Berger would all be Ryder Cup rookies along with auto first-timers Collin Morikawa and Cantlay. Dustin Johnson, Bryson DeChambeau, Brooks Koepka and Justin Thomas also locked up their spots via qualifying.

That leaves one spot left, and the last pick is anybody’s guess.

Does Stricker go with more new blood? Sam Burns is a winner this season and was solo eighth at BMW. Scottie Scheffler hasn’t won, but like Burns, he also has eight top-10s this season.

What about Patrick Reed? A couple of months ago it appeared he’d be playing a fourth straight Ryder Cup, but a recent ankle injury and bout with double pneumonia have kept him out of action since Memphis.

Webb Simpson still has a chance thanks to his T-12 finish at Caves and his ability to pair with any personality, but how big of a chance is it?

Those questions won’t be answered until after East Lake.

What we do have is a better idea of which players probably saw their hopes for a pick dashed this week: names such as Billy Horschel, Jason Kokrak, Kevin Kisner and Phil Mickelson. The latter two, Kisner and Mickelson, tied for last in the 69-player tournament, 26 shots behind Cantlay, who left Caves Valley with quite the haul: $1.71 million, a 10-under starting number at the Tour Championship and a trip to Whistling Straits.

“It's nice to get in on points,” Cantlay said. “I'm really looking forward to that whole event. I've heard so much about it and watched it growing up. I mean, I'm sure it will be everything I've imagined and more. I will lock in there, and hopefully we'll get a victory.”