Getty Images
AUGUSTA, GA - APRIL 08: Anthony Kim hits his second shot on the fifth hole during the second round of the 2011 Masters Tournament at Augusta National Golf Club on April 8, 2011 in Augusta, Georgia. (Photo by David Cannon/Getty Images)  -

After missing the cut at the Masters playing on a special invitation, Ryo Ishikawa returned home to Japan. Upon arrival, the 20 year old announced he was engaged to his longtime girlfriend.

“I turned 20, so I feel like it’s a good time to make this decision,” said Ishikawa as he was answering media questions at Narita Airport, according to multiple reports.

The identity of his fiancée, who his handlers say has been with the golfer for four years, is unknown.

An appearance by Ishikawa's fiancee was rumored at the Presidents Cup last November. She did not appear at Royal Melbourne amid speculation that she is pregnant.

Ishikawa finished a career-best second at the Puerto Rico Open last month, earning enough money to become a special temporary member on the PGA Tour. With one more top-10 finish, Ishikawa could earn full membership for next season. 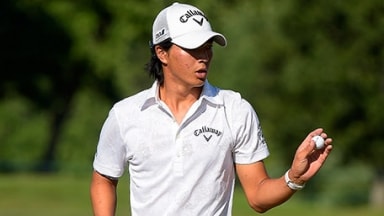 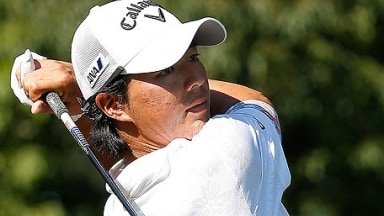