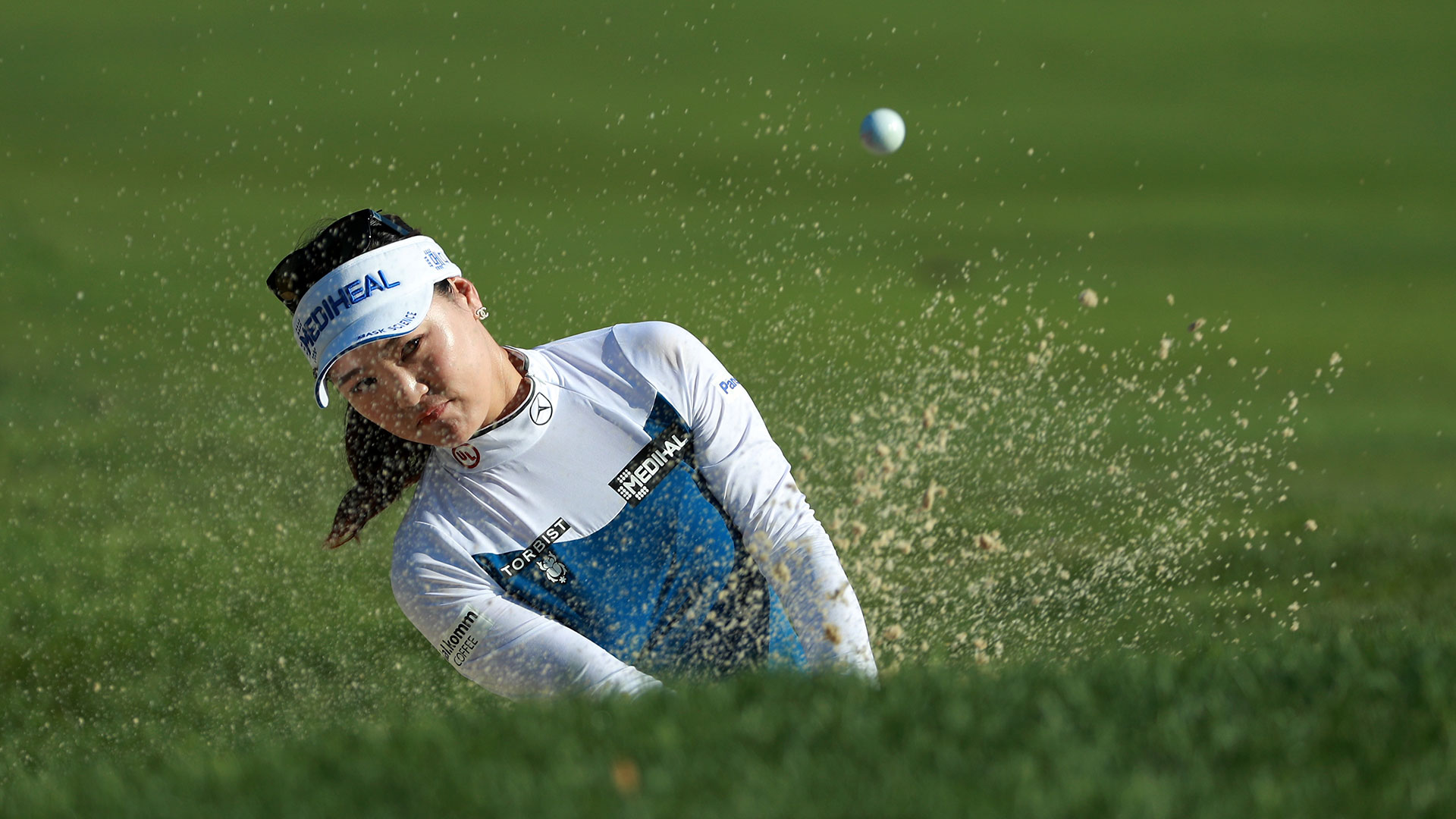 KILDEER, Ill. – Lydia Ko surged into contention at the KPMG Women's PGA Championship, shooting a 6-under 66 in the second round to move two strokes off the lead Friday.

The 21-year-old New Zealander shook off an opened 74 at Kemper Lakes to reach 4 under and give herself a shot to win her third major.

Carlota Ciganda (69) was one stroke back, with Ko, Moriya Jutanugarn (72) and Annie Park (69) at 4 under in the third of the LPGA Tour's five majors.

Ko got a confidence boost when she won the LPGA MEDIHEAL Championship at Lake Merced near San Francisco in late April. The victory was her 15th on the tour and first in nearly two years for the former top-ranked player.

She finished third at the Meijer LPGA two weeks ago and tied for ninth last week in the Walmart NW Arkansas Championship.

Her opening 74 left her simply hoping to make the cut. But now, she has a chance win another major to go with the 2015 Evian Championship and 2016 ANA Inspiration.

''I think I had a bit of confidence coming into this week because of the two top-10 finishes these couple weeks, and I felt like I was driving it pretty good and rolling it good,'' Ko said. ''And I was able to do one of the two things (Thursday) and one of the two today, so hopefully I'll be able to put it a bit more together over the weekend. But I think confidence is a huge thing for me, where the swing itself is not too different.

''If I'm out there playing with confidence, I'm just able to execute the shots a little better.''

She seemed pretty comfortable on a day when the temperature hit the low 90s. The scorching heat combined with a breeze to help dry a course hit hard by rain this week.

It made for faster greens, which certainly didn't hurt Ko's short game.

She started the round on a strong note with birdies on four of the first nine holes and three in a row on the back, starting with a 20-foot putt on the par-5 11th. She followed that with a neat one on the par-4 No. 12, when her shot from the rough bounced off the stick and into the cup.

''I think those four birdies in the front nine today helped with the confidence,'' she said. ''You want to be playing the best you can, but I tried to think small and not get too ahead of myself.''

''Lydia made everything, so she just made everything (look) easier,'' she said. ''So I was like, 'Well, if she can do that, maybe I should do that, and then I started to make birdies on the back nine.'''

Ryu finished with birdies on three of the final five holes, including a difficult par-3 No. 17 that has water on three sides of a wide and contoured green along with some deep bunkers. Not a bad way to wrap up a round on her 28th birthday.

''It's going be nice and quiet for the celebration,'' said Ryu, planning to spend it with her mom and sister, who recently got a job in Chicago. ''Hopefully, all that happy energy could (carry over) to the golf course for the next two days.''